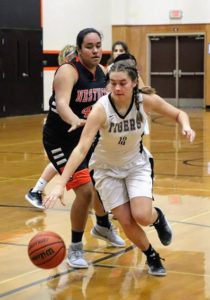 The Taft High varsity basketball teams saw their respective losing streaks extended Tuesday with the boys losing 52-45 and the girls 63-36 in Class 3A Coastal Range League play at Willamina.

The boys fell to 5-9 overall and 0-4 in conference action with their fourth straight defeat, while the girls dropped their 10th straight game to drop to 2-12, 0-4.

EDITOR’S NOTE: The games were moved to Saturday, Jan. 12, at the same times. 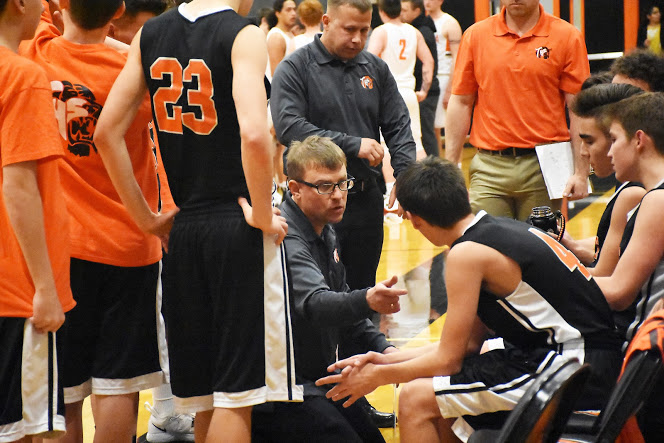 “The boys traveled to Warrenton on Saturday, Jan. 5, for a mid-day game to make up the contest postponed due to stormy weather in December. As the Tigers’ third game of the week, also the third league game of the season, a win was our goal. It was a close game throughout, with Taft leading early. However, the Tiger boys were unable to contain one player who scored 30 points for the home team.

“Graden Kehr was given the start and the task of containing the lone scoring threat for the home team. Held to less than 10 in the first half, Kehr did a fantastic job. Unfortunately, in the second half, the Tigers failed to talk on the defensive end, leading to some tough screens, setting free the opposing team’s best scorer.

“Taft fell behind in the fourth quarter and fell to Warrenton by a single bucket. Turnovers were once again the nail in the coffin for the young Tigers. Still missing Eli DeMello and Lucas Hindman to injuries, the Tigers were unable to handle the ball in critical situations, coughing it up on more than 20 possessions. Poor ball handling continues to be a theme for the Tigers.

“Tuesday, the boys traveled to Willamina to finish the first of three circuits through the Coastal Range League. Hoping to come home with a win was going to be a challenge, as the Tigers would begin the game with three underclassmen in starting positions, resulting from absences earlier in the week by some of the Tiger upperclassmen.

“Commitment to basketball and dedication to the team has been problematic for the Tigers. I don’t think we have started the same five, more than two weeks in a row all season. In all, there have been possibly eight or nine different starting lineups. Luckily, the youth movement has helped the team to develop faster, allowing a much larger rotation.

“Once again, the Tigers led in all the critical intermissions. Holding the Bulldogs to 15 points in the first half, Taft looked poised to capture their first league win. Unfortunately, there were some huge officiating mistakes, causing some momentum swings that were hard to overcome.

“Senior Ray Darrington had another nice night of production, scoring double digits and tallying double-digit rebounds before being struck with a technical foul. Darrington returned the ball to the trailing referee after going to the floor on a call against teammate Tyee Fisher. The referee assessing the foul to Fisher, interpreted Darrington’s intentions as a hostile move towards his “stripped brother” and hit the Tiger’s leading scorer with a critical fourth foul.

“Minutes later, the Tiger’s were crippled when Darrington was sent to the bench, with a fifth foul. The game went to overtime and the home Bulldogs were able to capture momentum, as they pressured the young Tiger backcourt. Taft failed to score enough to overcome the Willamina team. It is worth noting that junior Trenton Fisher showed moments of dominance with the ball, as he continues to recover from three weeks of absence due to illness.” 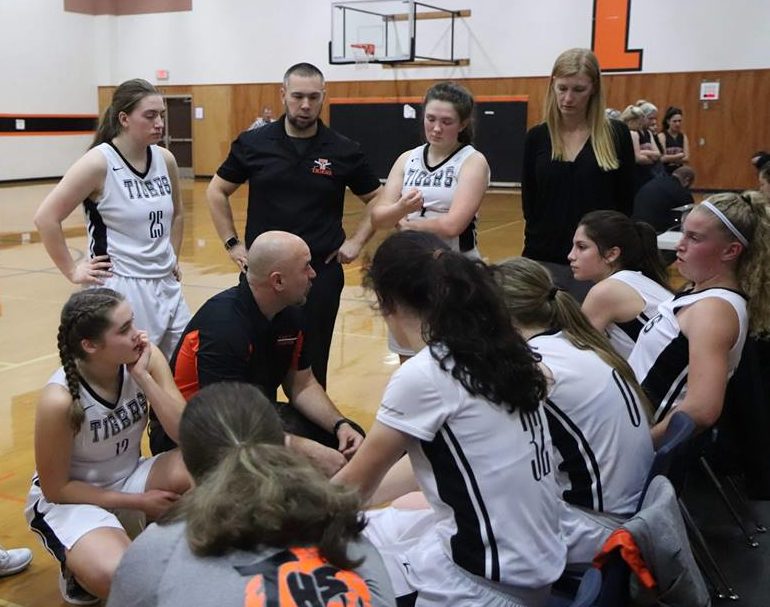