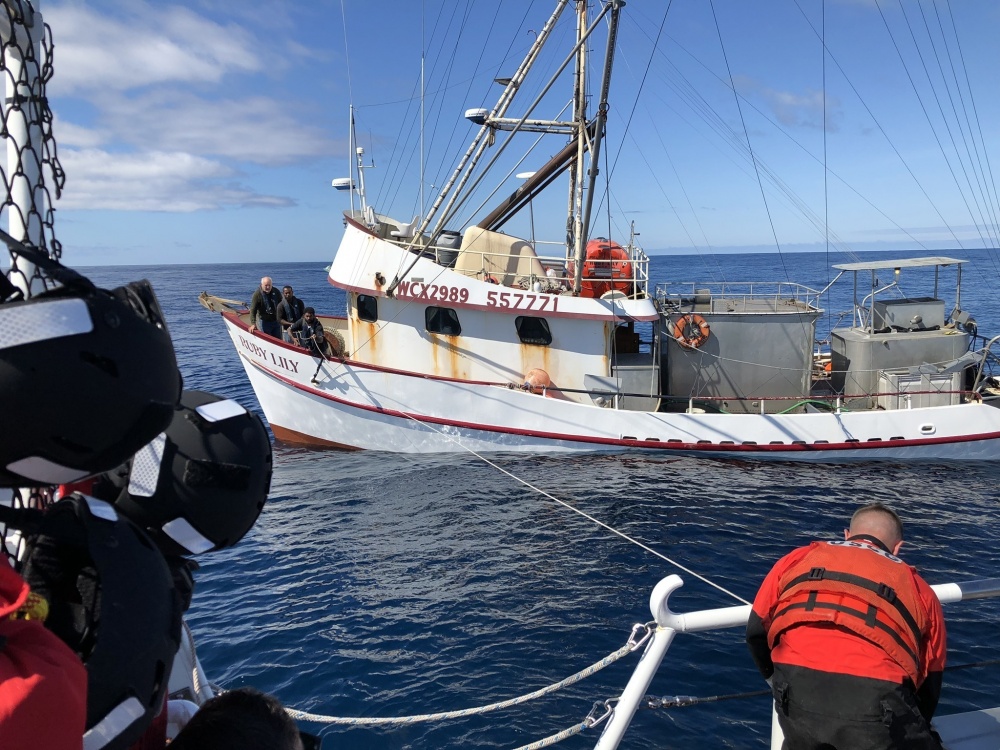 The 41-ton vessel Ruby Lily, which reported six tons of albacore tuna and three crew members aboard, was safely moored in Yaquina Bay after a four-day operation.

Watchstanders at Coast Guard Sector Columbia River received notification at 4:35 p.m. Sunday from the crew of the Ruby Lily, who reported that the vessel’s rudder was stuck. 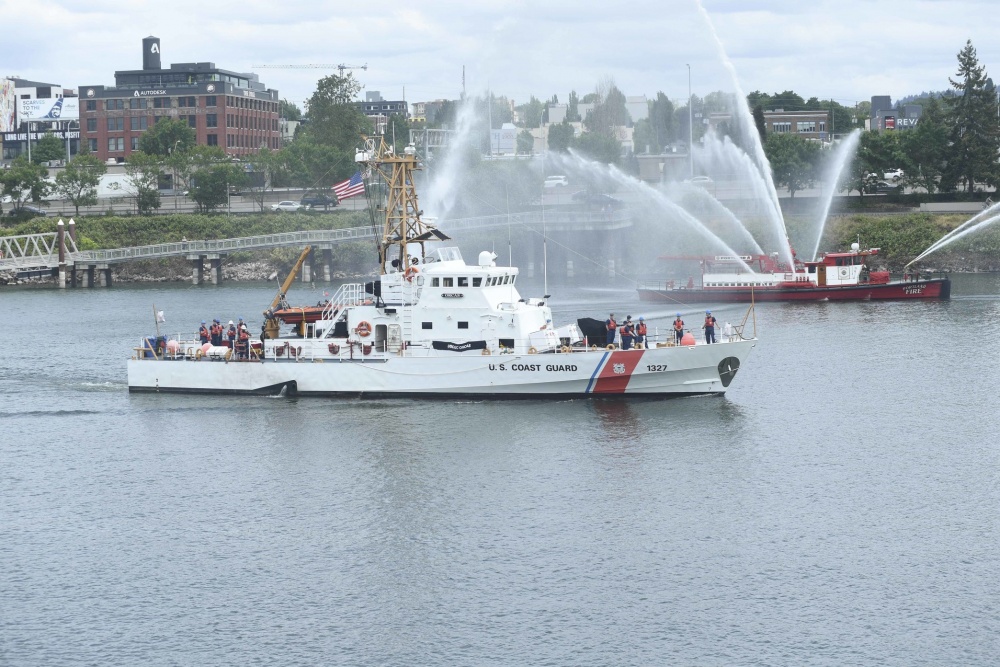 At 8 a.m. Monday, following essential preparations and fueling, the 110-foot Coast Guard Cutter Orcas launched from Astoria. The Orcas’ crew arrived on scene at 6:07 p.m. and took the Ruby Lily into tow.

The strain of the stuck rudder caused the metal-wire-towing bridle to part. The crew of the Orcas used a back-up double-braided-nylon bridle to take the Ruby Lily into tow. That bridle then parted approximately 93 miles from the coast.

Due to the rudder’s position, the crew had to trouble-shoot how to get the rudder amidships to effectively tow the vessel. There was a 600-gallon bait tank bolted over the lazarette that prevented access to work on the steering gear. The tank was unsafe to move in the current sea conditions. The crew of the Cutter Orcas waited on scene for backup.

The crew members had to devise a plan to put the rudder of the Ruby Lily amidships.

The crew of the Victory took the Ruby Lily into tow, and 13 hours later arrived at the Yaquina Bay Bar.

Then, crew members aboard a Station Yaquina Bay 47-foot Motor Life Boat relieved the crew of the Victory from their 24-hour shift.

The crew of the 47-foot MLB towed the Rudy Lily across the bar and moored it safely at the marina at 1:45 a.m. Wednesday.

No injuries were reported. 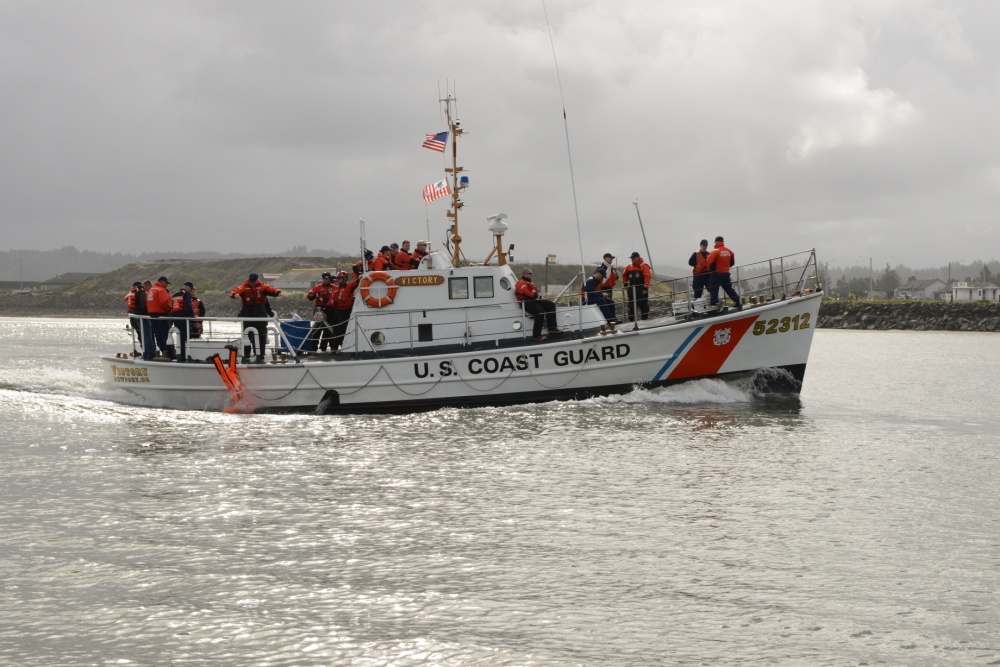 Each summer, the albacore tuna fleet arrives in the waters of the Pacific Northwest, often operating more than 100 miles offshore.

“Responding to incidents that far from shore is a monumental task for a lifeboat crew and the team displayed exceptional fortitude, endurance, and a bit of ingenuity during their 24-hour tow,” said Lieutenant Commander Scott McGrew, the Coast Guard Thirteenth District search and rescue mission coordinator.

The Coast Guard’s four 52-foot Motor Lifeboats were purpose built for operations in the unforgiving environment of the Pacific Northwest and are necessary for operations year round.

“They have three times the range of our newer 47-foot Motor Life Boats, which is essential for getting offshore to the tuna fleet in the summer and have unmatched sea-keeping ability, necessary for providing direct assistance while escorting fishing vessels across breaking bars in the winter.” said McGrew.

The Victory was built in 1956 and is the oldest small boat actively serving the Coast Guard. 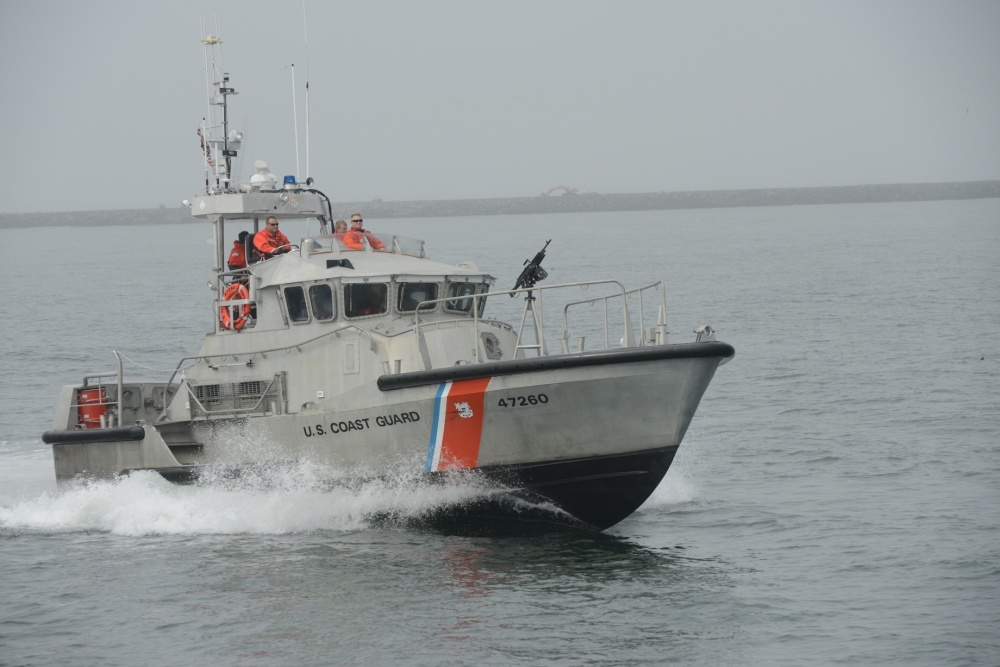