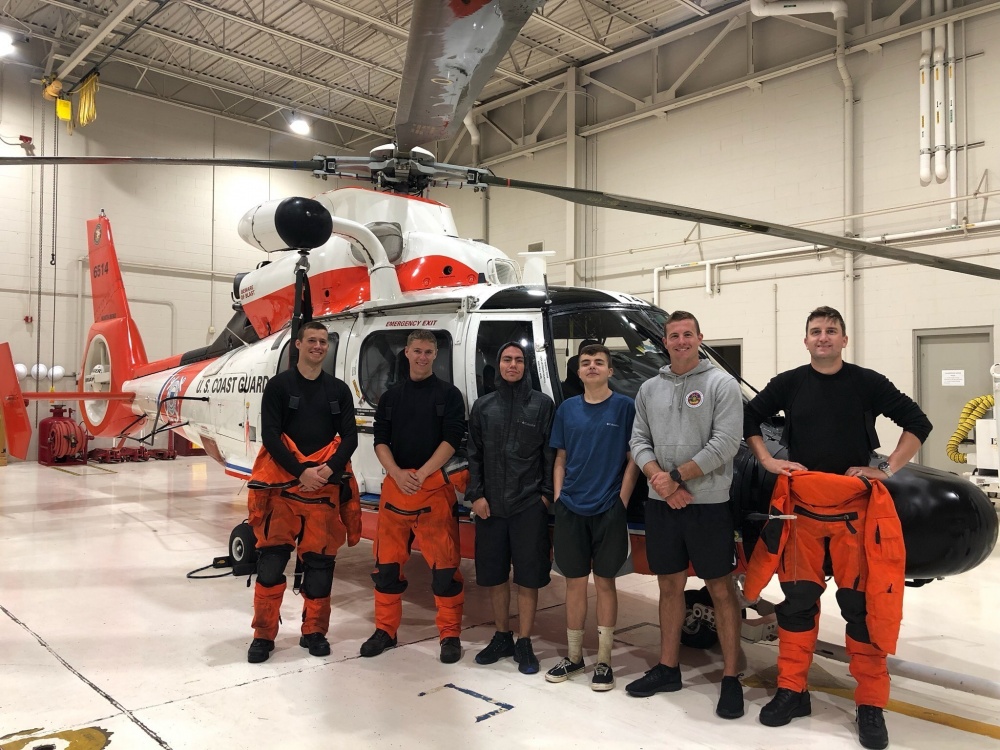 The command center diverted an aircrew from Coast Guard Air Facility North Bend to assist local authorities. At 10 p.m., the aircrew arrived on scene and deployed a rescue swimmer to attend to the hikers.

The aircrew hoisted the hikers into the helicopter at 10:20 p.m. and transported them to Newport Airport. Neither man was injured.

During a second rescue, watchstanders at Coast Guard Sector Puget Sound, Wash., received a report of a female hiker calling for help near Third Beach in La Push, Wash.

The hiker was stranded on a rock after a tidal change submerged her way out.

The crew conducted a brief landing and refuel at Air Station Port Angeles prior to their transit through foggy weather to the stranded hiker.

The MH-65 Dolphin helicopter crew arrived on scene at 10:45 p.m. and lowered a rescue swimmer. The aircrew hoisted and transported the uninjured hiker to Fairchild Airport, where Sector Puget Sound coordinated transportation with Clallam County back to their camp site in Forks, Wash.

“We managed very challenging weather conditions and darkness to get our rescue swimmer safely to the hiker stranded on a rocky outcropping,” Lt. Darin Coleman, MH-65 pilot for Air Station Port Angeles, said. “We had great coordination and communication with the Motor Life Boat crew to get the hiker safely to shore.”