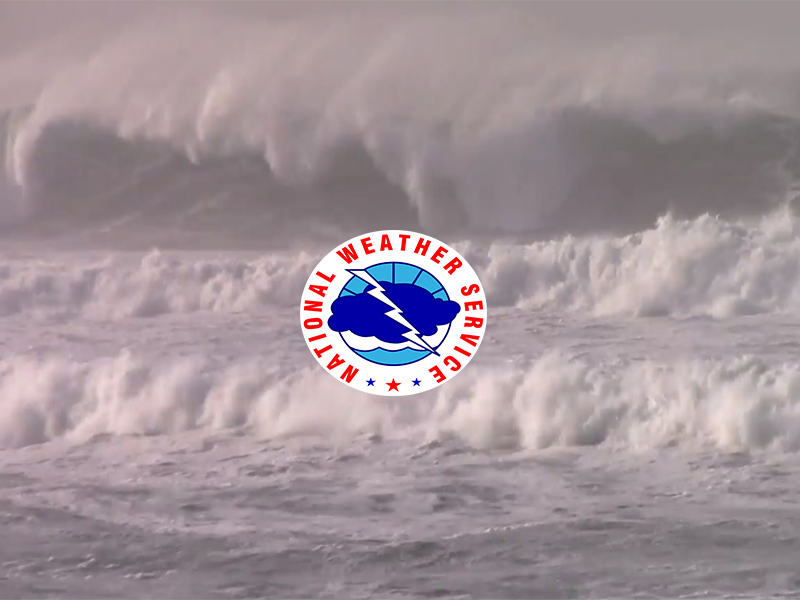 The National Weather Service in Portland has updated its high surf advisory and issued high wind and flooding warnings for Lincoln City.

Breakers 25-30 feet are expected at all beaches Friday and Sunday through Tuesday.

Hazardous surf will cause waves to run up much higher on the beaches than normal. These powerful waves can sweep people off jetties, exposed rocks and they can easily move large logs and other beach debris.

Bar crossings and the surf zone will be dangerous due to strong currents and breaking waves.

Video from Thursday at Nelscott Beach

A high wind warning is in effect from 4 a.m. – 4 p.m. Friday near headlands and beaches with winds expected to reach 30-40 mph and gusts up to 65 mph. Late Friday morning through early Friday afternoon will have the strongest winds.

Damaging winds may blow down trees and power lines. Power outages are possible. Travel will be difficult, especially for high profile vehicles.

A weather system early next week is expected to bring heavy rain to the Pacific Northwest. While the details are uncertain, there is potential for 2 to 5 inches of rain in Northwest Oregon and Southwest Washington Monday night and Tuesday, with heaviest amounts in the Willapa Hills, the North Oregon Coast Range, and the west slopes of the Cascades. Sharp rises are likely on rivers draining these areas, and minor flooding is possible Tuesday and Wednesday.

The timing and location of heavy rain for this storm remains uncertain. If conditions warrant, watches or warnings for specific areas or rivers will be issued.

Monitor weather and river forecasts closely at weather.gov/portland. If you live in or near a flood-prone location, this is a good time to review your preparations and action plans should flooding develop next week.

NWS issues ‘special weather statement’ for snow in the passes