To hear Lincoln City resident Michael Deaton tell it, hardly anything pains him more than his bad back. While several surgeries over the years have been excruciating, there’s nothing that agonizes him more than umpires who can’t see straight.

While Deaton can’t do much about his aching spine, the former youth and adult baseball and softball league executive, manager and coach enthusiastically endorses a remedy for what ails him when it comes to calling balls and strikes in the national pastime . . .

LiDAR, to be exact.

A cleaner, more modern, speedier, safer, more expedient role model for the fortitude of MLB to keep the game relevant, honest and professional cannot be demonstrated, in my humble opinion.

Deaton prescribes a detection system that works on the principle of radar, but uses light from a laser. Deaton maintains that LiDAR (Light Detection and Ranging) can help Major League Baseball avoid the cries of foul the NFL has recently endured.

“Use a computer and put the system in the umpire’s clicker or mask to determine balls and strikes that can tell you where the ball is on the field at any given place and any given time,” said Deaton, who has overseen and coached baseball at various levels in Oregon, Alaska and Hawaii since the early 1970s.

Deaton suggests a vibration or flashing signal in the ump’s clicker or facemask that would convey whether the ball was high or low and had touched the black of the 17-inch wide plate. 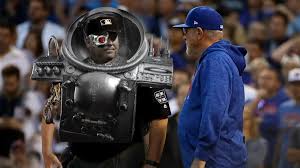 Strike Zone (Rule 2.00 of the Major League Baseball rule book): “… that area over home plate the upper limit of which is a horizontal line at the midpoint between the top of the shoulders and the top of the uniform pants, and the lower level is a line at the hollow beneath the knee cap. The strike zone shall be determined from the batter’s stance as the batter is prepared to swing at a pitched ball.” 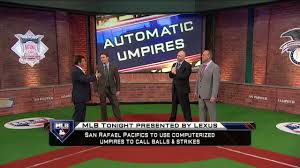 While Deaton is both bewildered and miffed that baseball hasn’t ejected the plate umpire from the game in lieu of modern technology, MLB has addressed the phasing out the human element at great length and — generally speaking — taken a public stance against it.

While computerized umpiring has long been the subject of debate and met with curiosity, enthusiasm, skepticism and outrage at the professional level, everyone agrees it’s virtually impossible to judge the position of 100 mph pitches with pinpoint accuracy 100 percent of the time. Still, baseball purists strongly oppose the introduction of more technology to the game.

For many, a compromise is the answer: use the automated strike zone to assist, not replace, umpires — much like instant replay on diving catches, foul balls and bang-bang plays on the bases.

While MLB says it is intrigued by the technology and is tracking its evolution, it maintains it is satisfied with the performance of its umpires and argues that hitters often shift up and down in their stances even after setting up at the plate, making the exact strike zone difficult for even a machine to detect. Proponents of electronic governing of the strike zone suggest using it to challenge calls with two strikes and “outcome” pitches.

Deaton says he has sent emails to MLB, the Seattle Mariners, umpires and coaching associations, proposing his arguments, but has never got anything back.

“People have the biggest problem with balls and strikes,” he said. “Ease the technology in by taking it out for testing in the minor leagues, if that’s what it takes. See how it works, then bring it to the majors.

“A cleaner, more modern, speedier, safer, more expedient role model for the fortitude of MLB to keep the game relevant, honest and professional cannot be demonstrated, in my humble opinion.”

Now, that’s a stance that’s hard to argue against.

Get in our face and you make the call on determining balls and strikes on social media or in the reader forum below . . . 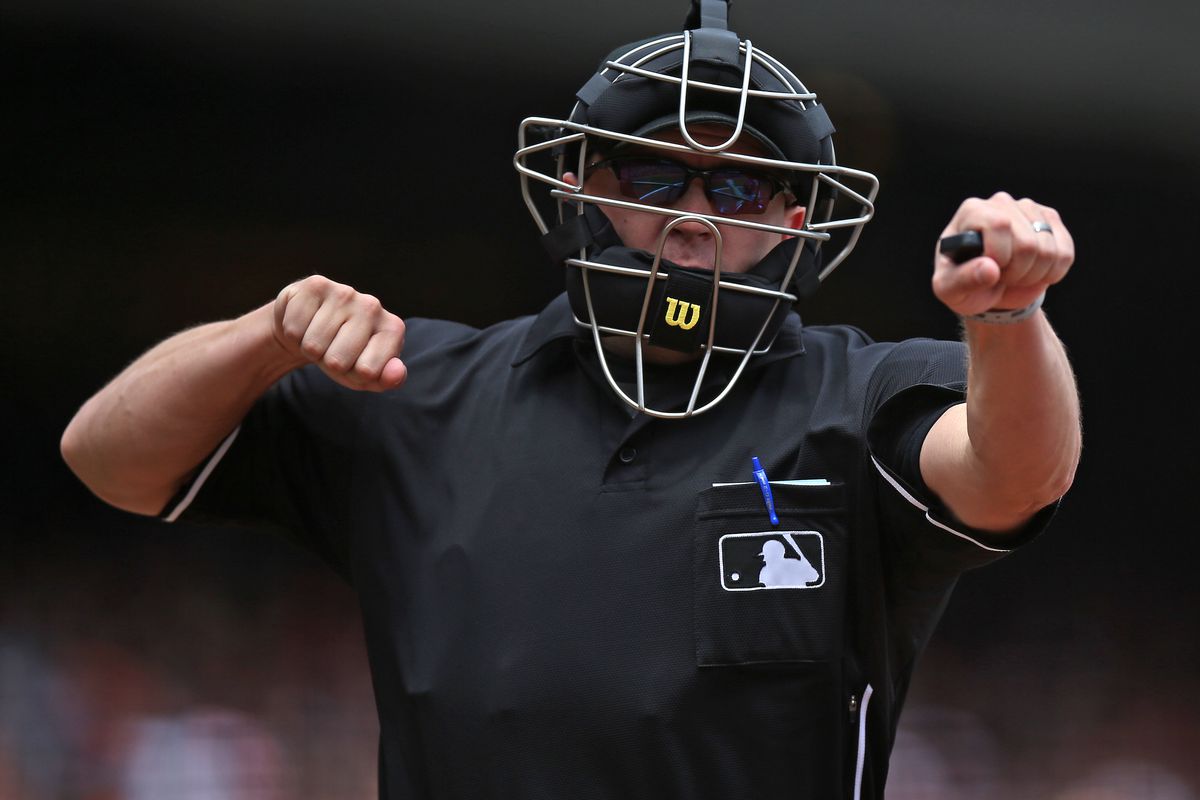