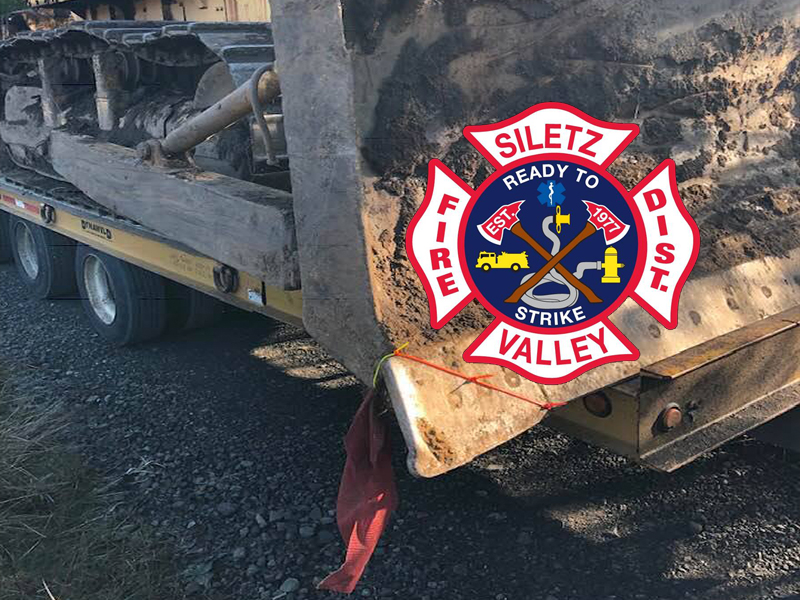 A man pinned under a tractor blade at a logging operation site near Siletz was transported by helicopter to a Salem hospital in critical condition Thursday morning.

“He was pretty severely injured, but he had a pulse and was breathing on his own,” Siletz Valley Fire District Chief RC Mock said. “It’s hard to see a tragedy like this happen.”

The Siletz Valley Fire District said it received a report around 9 a.m. of a logger who was struck, then stuck, under the blade and arm of a 50,000-pound bulldozer near Logsden, seven miles east of Siletz.

Mock said the logger was working on the battery when a co-worker accidentally hit a lever that disengaged the blade, pinning the man to the ground.

Siletz Fire, Pacific West Ambulance, Toledo Fire and Life Flight responded to the incident. The patient received initial care in the field, then transported by air to Salem Hospital as a multi-system trauma patient.

Siletz Valley Fire made a landing zone with traffic safety cones to allow the helicopter to hot load (remain running) to avoid start-up time once the victim was prepared for departure.

“I’m really proud of the interagency cooperation that made this smooth,” Mock said.

A young pedestrian suffered minor injuries at approximately noon Monday after being struck by a driver in Siletz.
Read more

A surgery manager, an infection preventionist and a nurse educator were special guests at Siletz Head Start in Lincoln City on Feb. 19.
Read more

The U.S. Coast Guard continues the investigation of the fishing vessel Mary B II, which capsized off Newport Jan. 9 and resulted in the loss of the vessel and its three crew members.
Read more