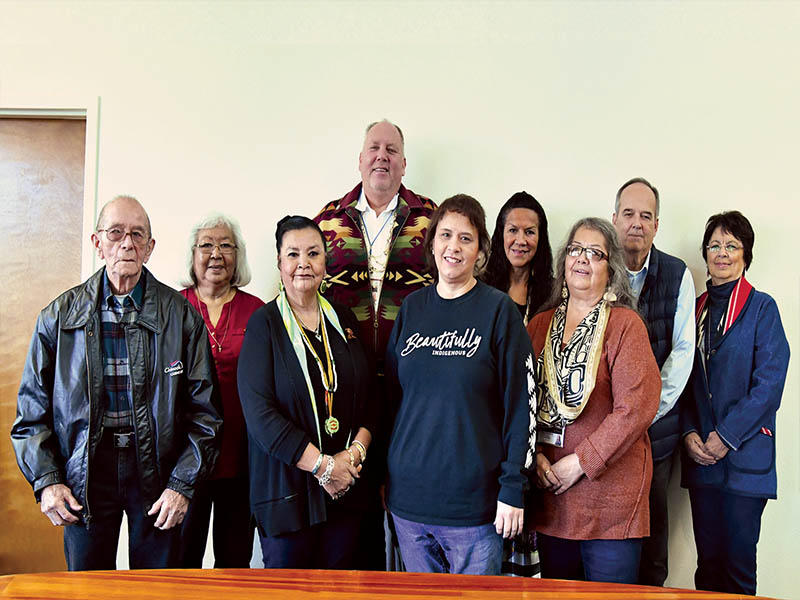 Butler, of Siletz, and Kentta, of Logsden, were re-elected, while newcomer Rilatos, of Toledo, was elected with 268 votes.

Eight hundred twenty-two ballots were cast by Siletz Tribe members 18 and older. The Tribe has over 5,400 enrolled members.

The swearing-in ceremony for the newly elected council members took place Feb. 2. Officers are elected on an annual basis and those selected for 2020 include:

The Siletz Tribe has spent the last 42 years rebuilding its government and economic structure. The signing of Public Law 95-195 in 1977, which restored government-to-government relations between the Siletz Tribe and the federal government, started this process. The Siletz Tribe was the second in the nation – and the first in Oregon – to achieve restoration.

The Siletz Tribe was among the first to become a self-governance Tribe, giving Tribal government more control over services provided to Tribal members. Under self-governance, the U.S. government provides general funding to the Tribe (rather than to specific programs), then Tribal employees and the Tribal Council decide how funds will be spent.

Significant Tribal accomplishments since Restoration include opening the original health clinic in 1991 and a new much larger clinic in 2010; building more than 150 homes and multiple dwellings for Tribal members, including 28 units at Neachesna Village in Lincoln City that have opened since 2009, 19 apartments in Siletz that opened in 2010 and 20 homes in the Tillamook subdivision in Siletz that have opened since 2013; completing the Siletz Dance House in 1996; opening the Tenas Illahee Childcare Center in 2003; opening the Tillicum Fitness Center and a new USDA food distribution warehouse in Siletz in 2008; and opening the Siletz Recreation Center in 2009.

The Siletz Tribal Arts & Heritage Society (STAHS) was formed in 2013 as a nonprofit to enhance the Tribe’s ability to develop the Siletz Tribal Cultural Center. STAHS also helps the Tribe with acquiring object and archival collections.

The Siletz Tribe has honored its tradition of sharing within the community by distributing more than $17.6 million through the Siletz Tribal Charitable Contribution Fund and other Tribal resources. Chinook Winds has donated more than $6.5 million in cash and fund-raising items since 1995. It also provides in-kind donations of convention space for various fundraisers as well as technical support, advertising and manpower for events.