The federal government shutdown has done nothing to slow the U.S. Coast Guard from rescue missions off the majestic Pacific Northwest Coast.

Coast Guard crews in Oregon and Washington have assisted 17 fisherman in five response calls since Sunday. 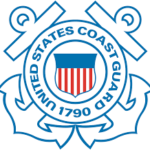 According to a new release out of the 13th District Public Affairs Office in Seattle, a two-person crew aboard the commercial fishing vessel Zephyr was escorted across the Yaquina Bay Bar in Newport on Sunday by a 47-foot lifeboat crew from Station Yaquina Bay.

The crew of the 31-foot fishing vessel reported taking on water 17 miles off the south of the bay with less than 500 pounds of crab aboard. The on-board pump and auxiliary pumps were able to keep up with the flooding as the fishing crew were escorted in. An MH-65 Dolphin aircrew was also launched from Air Facility Newport.

A four-person crew aboard the commercial fishing vessel Dream was escorted Monday across the Columbia River Bar and safely moored to Ilwaco by a Station Cape Disappointment boat crew aboard the 52-foot motor lifeboat Triumph.

The 42-foot fishing vessel crew reported experiencing fuel injector issues while attempting to cross the bar with 1,000 pounds of crab.

A three-person crew aboard the commercial fishing vessel Miss Jessie was also towed Monday into Ilwaco by a 47-foot lifeboat crew from Station Cape Disappointment.

The crew of the 36-foot fishing vessel reported they lost propulsion almost three miles west of Ocean Park, where they anchored with 1,500 pounds of crab aboard until the Coast Guard crew arrived.

The crew of the 51-foot fishing vessel reported they lost steering while on approach to the Yaquina Bay entrance with 5,000 pounds of crab aboard.

On Thursday, a four-person crew aboard the commercial fishing vessel Triggerfish was towed into Newport by a Station Yaquina Bay boat crew aboard Victory.

The 42-foot fishing vessel crew reported they lost steering almost two miles west from the Yaquina Bay entrance with no crab catch aboard.

Coast Guard stations along the Coast maintain ready crews in the event of emergencies, which often involve the use of the 47-foot and 52-foot MLBs.

The 52-foot MLB is unique in that they are only located in the Pacific Northwest and are the only Coast Guard vessels under 65 feet with names. The four vessels are stationed at Grays Harbor, Cape Disapointment, Yaquina Bay and Coos Bay.