A Lincoln County Sheriff's Office investigation has led to the arrest of three individuals surrounding a carjacking in Otis Monday night and a fourth suspect remains at large and is considered armed and dangerous.
Read more
Sponsored Content

The most recent data suggests that current social distancing measures could cut transmission rates between 50-70 percent if Oregonians maintain limitations on virus-spreading interactions into early May.
Read more

Two men were arrested Friday night by Lincoln City Police for theft of a paddle boat from a Devils Lake resident.

Former Lincoln City Mayor Don Williams said he was in his living room Friday night when he heard a man screaming, so he went outside to see two officers helping a man from a paddle boat onto a dock.

“This was theft of a paddle boat,” Officer Hayden Tolzman said. “They were towed back by a neighbor. We have two in custody.”

According to Williams, the paddle boat was allegedly stolen sometime Thursday night from his neighbor at the end of NE 6th Drive on Devils Lake.

The owner’s neighbor was kayaking on the lake Friday when he saw the two men with his neighbor’s paddle boat. He ordered the men to paddle back to the dock and ended up towing them while he called police and alerted the owner.

Williams said another neighbor had alerted the owner that the paddle boat was missing Friday morning, but nobody knew what happened to it until the men were spotted Friday on Devils Lake. Williams said the neighbor who towed them in said they were drunk and took it in the middle of the night.

“I’m not sure if they’ll be charged with piracy or not,” Williams said.

“With strains of the Hues Corporation’s Rock the Boat running through my head, I was glad that Lincoln City is once again safe from the scourge of piracy on Devils Lake,” he said. 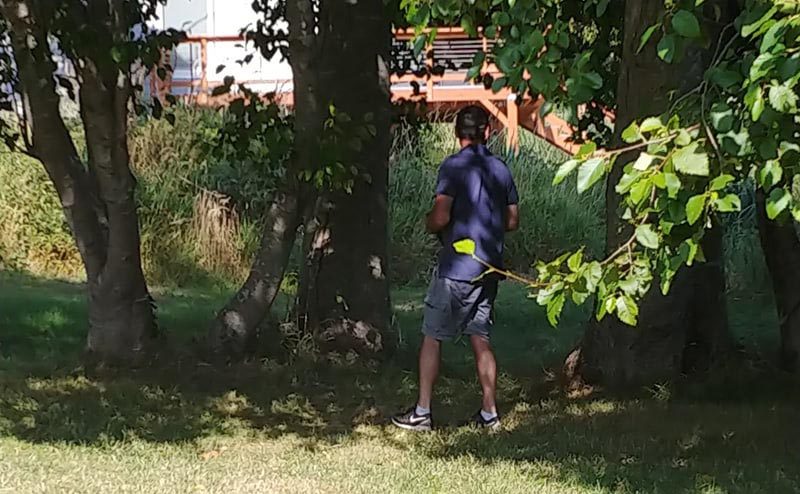 Justin Wernerhttps://wernerhost.com/
Justin Werner is founder and publisher of Lincoln City Homepage and a journalist reporting news for the fine citizens of Lincoln City, Oregon and beyond. He's on a mission to seek out truth and isn't afraid to be the tip of the spear for freedom of the press. When he's not wearing his reporter hat, you can find him enjoying the Oregon Coast with his wife and three children.
Previous articleTaft senior Sperry earns trip to London as All-American cheerleader
Next articleLincoln City out to turn Portland team’s ‘grand slam’ bid to mush

Lincoln County Sheriff's Office says two men from Portland trespassed on Salishan Resort's golf course with an SUV, had a confrontation during a burglary and tried to carjack a lady on Siletz Highway Tuesday morning.
Read more
Local News

City Council votes to ‘Pump Up the Volume’ for police