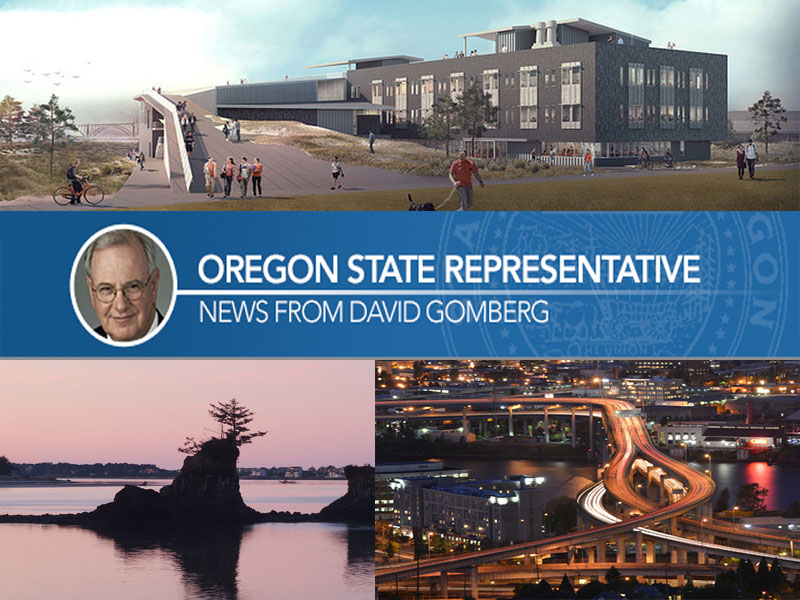 I have spent much of the past year arguing that Oregon needs, at long last, to get serious about emergency, earthquake, and tsunami planning.

As a first step, Coastal Legislators recently repealed a statute which prohibited any new development in the inundation zone. And that change generated lots of questions. Certainly it makes no sense to build schools or hospitals in dangerous places. We know that. And up and down the coastline, we have been moving critical facilities to higher ground and doing it at our own expense. The problem with the 1995 law that the legislature overwhelmingly repealed this year is that it didn’t allow state dollars to be used to help improve or even move facilities out of these potentially dangerous areas.

Let me say that again. If a school in Corvallis wants to beef up their gymnasium, they can apply for state grants of up to $2.5 million. But if Waldport wants to move a school out of the inundation zone, they cannot apply. And that makes little sense.

The Department of Geology and Mineral Industries (DOGAMI) was empowered with this “go/no-go” authority to prohibit any new hospitals, schools, fire or police stations within the tsunami inundation zone. But they are a scientific agency and not land use, zoning, or building code experts. They have no funding for hearings or plan review. The change allows DOGAMI to focus on helping collect the best information and then advise and mitigate the risks.

Meanwhile, new understanding of tsunami science indicates the line should now be moved further east. Communities that have spent millions of public dollars to shift fire or police stations inland are frustrated to find them potentially back inside the inundation zone.

HB 3309 removed DOGAMI’s regulatory authority and left them with the responsibility to determine where the line is. The bill passed the House 56-4 and the Senate 28-1. But we were soon roundly criticized.

To be clear, nothing in this new bill requires construction in the tsunami zone. But I have confidence in science and in engineering, and I believe we are learning every day how to better address future risks. At the Hatfield Center in Newport, a new marine studies building will be a national model for tsunami “vertical evacuation”. Should we be precluded from using new technology? I don’t think so.

When we move police, fire, and medical support further from our population centers the result is longer response times when you need help. That may cost lives while we wait for Cascadia. And limited by Urban Growth Boundaries and caught between the ocean and wetlands, farms, or coastal hills filled with landslide faults, we often have no place to move to.

Will people still buy homes at the beach, knowing there is a 1/3 chance of a major earthquake in the next fifty years? Probably so. But will they be able to get mortgage insurance? How are property values influenced when police and fire and medical support is forced further away? What happens to local business when the state will not support local economies?

The fact is that our major population centers, our commercial centers, and our low income clusters are all within the tsunami zone. One third of our population is over 65. People’s life savings or life debt are centered in their homes. And yes, they will lose those homes when Cascadia comes. But they cannot afford to just walk away now.

The tsunami regulatory line is not a hard and fast boundary – safe on one side and dead on the other. When the wave does come and you are running uphill, don’t stop at the blue line and turn to watch. Keep on going!

But that said, the wave will weaken as it moves ashore and through our communities. Treating the line as a firm regulatory boundary makes no more sense than treating it as a firm safety boundary. I argue we should have the flexibility to build police or fire department annexes closer to the shore and to the people who live there. We’ll need their help at some point whether it is Cascadia, or a fire, or a heart attack.

Meanwhile the agencies tasked with helping us are in disarray. DOGAMI was scrutinized this session for overspending its general fund appropriation for the second time in the last four years. It needed major adjustments, including a $650,000 increase in general funds to support operations and “backfill overspending” according to the Legislative Fiscal Office. In 2020, Gov. Kate Brown’s office will evaluate the department to see if it should continue to exist as an independent agency, or if it should be “abolished” with the programs moved to other entities.

Coastal legislators are frustrated. Residents can’t afford to abandon their homes. New science is changing the lines. There is little land to move public facilities to. The state won’t help pay to improve or move schools and hospitals. And we are mired in 30 year old laws and policies.

Oregon’s outdated earthquake statutes and regulations are not limited to the coastline. Our Statewide Planning Goals actually say that we must avoid development in earthquake areas.

But the entire western third of the state will be affected by Cascadia. No new development from I-5 to the ocean? Really??

So where do we go? And how do we get serious about earthquake and tsunami planning?

At some point in the near or foreseeable future, Oregon will experience a devastating seismic event. We need to determine what steps will make Oregon better prepared, safer, and more secure. The tsunami will strike the coast. But the earthquake will impact everything from the Cascades west. All of Oregon has a stake in how we get ready. Do we abandon our beaches, farms, and cities? Or do we work responsibly and strategically to protect our communities and the people who choose to live here.

It’s time we began to update our 1990s thinking and get serious about earthquake and tsunami planning.

Oregon House Rep. David Gomberghttps://www.oregonlegislature.gov/gomberg
David Gomberg (D-Otis) represents House District 10, which includes Yachats, north to Tillamook along the coast, and inland as far as Sheridan and Falls City to the east.

Certainly the most significant news coming out of Salem is the quarterly revenue "forecast."