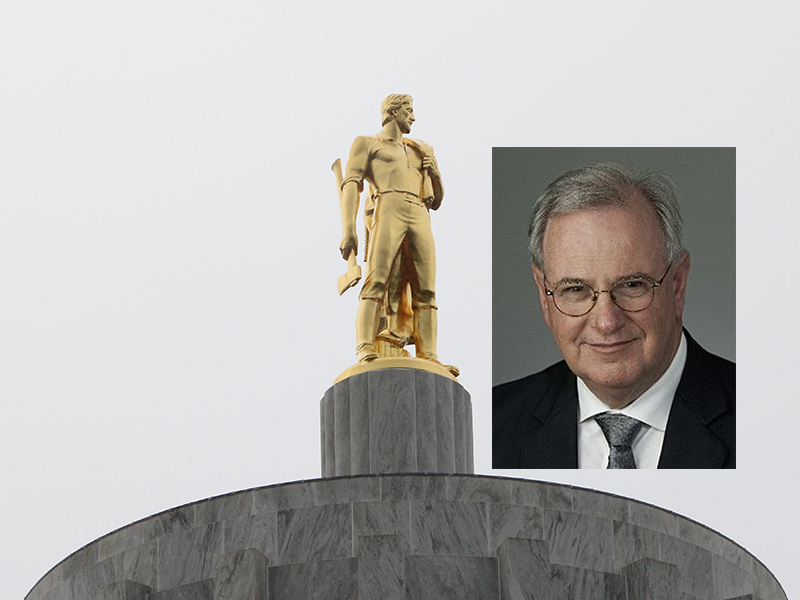 Oregon House Representative David Gomberg has been cleared of any wrongdoing by the House Special Committee on Conduct in response to a woman who said she overheard him “joking” about a prostate cancer treatment at an annual industry dinner in 2019.

According to an investigation into the harassment claims, the woman said Rep. Gomberg’s “joke” made her “think unnecessarily about Rep. Gomberg’s private parts” and it felt “creepy.” The woman brought the concerns to her supervisor who then took it up the chain to House Speaker Tina Kotek. Kotek provided the report to the Legislative Administration Committee who hired Investigator Brenda K. Baumgart, of Stoel Rives LLP, to look into the claim.

From the investigator’s report:

“The supervisor described the incident to me on behalf of his employee, who wished to remain unidentified. The employee said she didn’t want to file a formal complaint. Rather, she just wanted Rep. Gomberg, in the words of the supervisor, ‘to stop having stupid conversations and for you [the Speaker] to tell him to knock it off.’

“The employee told her supervisor that Rep. Gomberg was joking about a recent appointment with a urologist for a prostate condition. He prefaced the story with, ‘I probably shouldn’t say this, but…’ He then told them that he had been prescribed three medications and said something like ‘one does [something], one gives you an erection, and the other grows your hair. I like two out of the three.’

The anonymous female complainant declined to speak with Baumgart despite repeated attempts by the investigator to contact her and stood by her original desire to remain uninvolved and anonymous.

“So let’s be very clear,” Gomberg said in testimony in front of the committee. “I was speaking primarily to another man about my personal health and the conversation was about prostate cancer not erections. I used medical language that you hear on television every day and everything I said was factually true. Oh and my wife was present during the entire thing. That’s about it. I hope and trust the Committee will see this unfortunate situation for what it is and not an act of harassment or incivility.

“I have raised procedural questions because when our rules are not applied completely or consistently, they become arbitrary and political. At some point, bad process becomes bad behavior. Lives are affected by these proceedings and the rules should matter more than they clearly do.

“Anyone offended by my words at the [Oregon Business & Industry dinner] is entitled to everything they asked for. They did not ask to be involved in a six-month formal investigation and public hearing. They asked for the Speaker to talk to me about the situation. She did not. It took a public records request to even find out what we were talking about.”

In his testimony, Gomberg said he received a diagnosis from his doctor in 2019, telling him he had an aggressive and potentially lethal case of prostate cancer. For the fall of that year, Gomberg and his wife, Susan, could think of little else but the devastating medical news they had been given. Gomberg would receive some good news in September, with doctors saying the situation was no longer life-threatening but some issues still persisted and Gomberg would need to undergo treatment.

On October 7, 2019 at the Oregon Business & Industry Statesman Dinner, Gomberg said he was talking to a male lobbyist while standing in a group of people. The lobbyist asked Gomberg how he was doing and Gomberg told him about the diagnosis and his treatment options, which included some side effects. One would cause dizziness, one is also used to treat erectile dysfunction and one would increase hair growth. Gomberg said his wife was standing next to him for the entire discussion.

The committee found Gomberg’s conversation was not sexual or workplace harassment and found there was no pattern of previous behavior.

“Susan and I are very pleased that the Committee found no basis for concern in my behavior and actually went further in saying there was no evidence of any past behavior,” Gomberg told Homepage. “The hearing came at an awkward time. Many coastal Oregonians are facing difficulties and I’m focused on trying to support local families, seniors, small businesses and their employees.”

Video of the hearing:

Dear Friends and Neighbors, Over the course of four years, I worked with Dr. Bruce Mate at the Marine Mammal Institute to authorize a Coastal Playground gray whale license plate.
Read more

Oregon State Representative David Gomberg will be holding a series of town halls in March and April where the public is invited to share concerns, ask questions and review the recently concluded legislative session.
Read more

With the new year, comes the implementation of new laws approved by the Oregon State Legislature in 2019.
Read more

The state is enjoying one of the longest stretches of economic growth in its history – and Oregonians expect things will get even better before they eventually cool off.
Read more

There’s much to be thankful for in House District 10

Last week saw a flurry of activity in the Capitol as we convened for November Legislative Days.
Read more

As you know, I’ve been working over several years to improve how we collect money owed to the State of Oregon.
Read more