Fossum, who documented youth sports throughout Lincoln County for more than 10 years as owner/publisher/editor of SportsLincolnCounty.com, and sports editor/reporter at the Lincoln City News Guard and Newport News-Times, will primarily cover Taft High 7-12 athletics while continuing in his capacity as Editor-in-Chief and Senior Columnist for Las Vegas Raiders Report.

“We are beyond fortunate to have Jim and his vast journalism knowledge, numerous local sources and contacts, and invaluable writing, reporting and editing experience back covering our deserving student-athletes in Lincoln City,” site founder/publisher Justin Werner said.

Accompanied with photo and video contributions from Werner and Taft High supporters Eric DeMello, Lonnie French and Heather Hatton, Fossum will spend the remainder of the high school spring sports season providing game-day content and feature stories on the Taft baseball and softball teams, track and field squad, and boys and girls golf programs via email and telephone correspondence with players and coaches from his Las Vegas home. 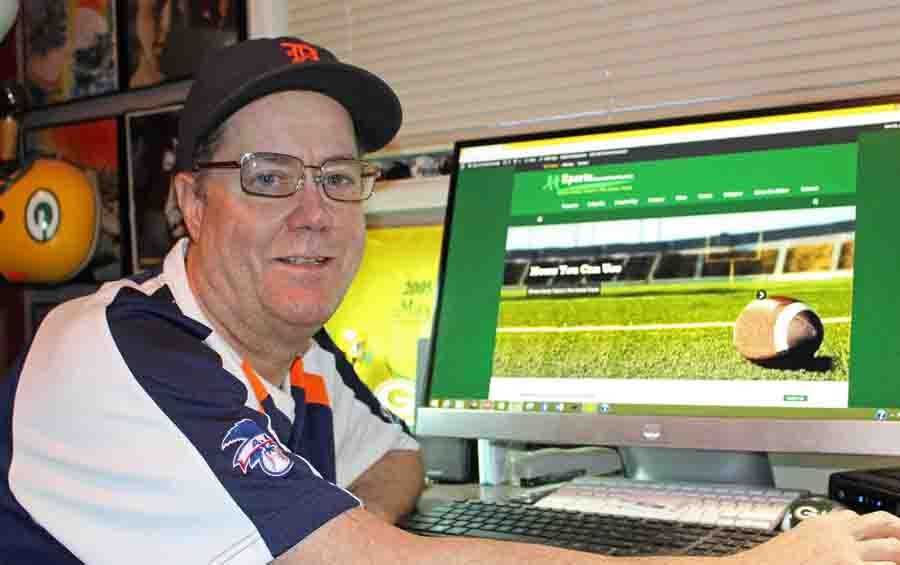 Fossum, who retired to the Oregon Coast in July 2006, worked a year at the News-Times and six at the News Guard before founding SportsLincolnCounty.com (later OregonCoastSports.com) in March 2014. He returned to Las Vegas in March 2017, where he is Executive Editor of LVRaidersReport.com, a year-old website covering the NFL’s Oakland Raiders and the team’s impending move to Southern Nevada in 2020.

“My immediate goal is to instantly establish LincolnCityHomepage.com as the go-to site in North County for local sports, as well as news,” Fossum said.

Also a copy editor and page designer, Fossum became one of the nation’s youngest sports editors at a major metropolitan daily when he was promoted by the Review-Journal at age 33 shortly after covering No. 1-ranked UNLV in the 1991 Final Four in Indianapolis. He was named Nevada Sportswriter of the Year in 1998 by the National Sportscasters and Sportswriters Association.

Honored with numerous Las Vegas community service awards from charitable organizations such as the Muscular Dystrophy Association and the American Cancer Society, Fossum was cited in the late 1990s by the Southern Nevada Sports Hall of Fame for his contributions to Las Vegas-area athletics.

As a reporter and columnist, he has covered various world-class sporting events such as NASCAR, the Skins Game and the National Finals Rodeo.

Prior to working at the Review-Journal, he was a sports reporter at the Arizona Daily Sun in Flagstaff, and a correspondent for the Arizona Republic and The Associated Press. He has written numerous advertorials for Golf and Golf Digest magazines, and been a regular contributor to Sports Illustrated.

"I learned how much this game really helped the kids in the Shriners hospital," Fisher said after joining approximately 55 of the state's best small-school athletes for the annual contest as a representative of the West.
Read more

The parents of high school student-athletes in our communities are not only causing a stir, they also are causing a problem.
Read more

Lincoln City Homepage is proud to announce that bidding is open on the sale of title sponsorship of advertising space for publication of the Taft High 7-12 winter sports schedule, with all proceeds benefiting the Taft Booster Club.
Read more