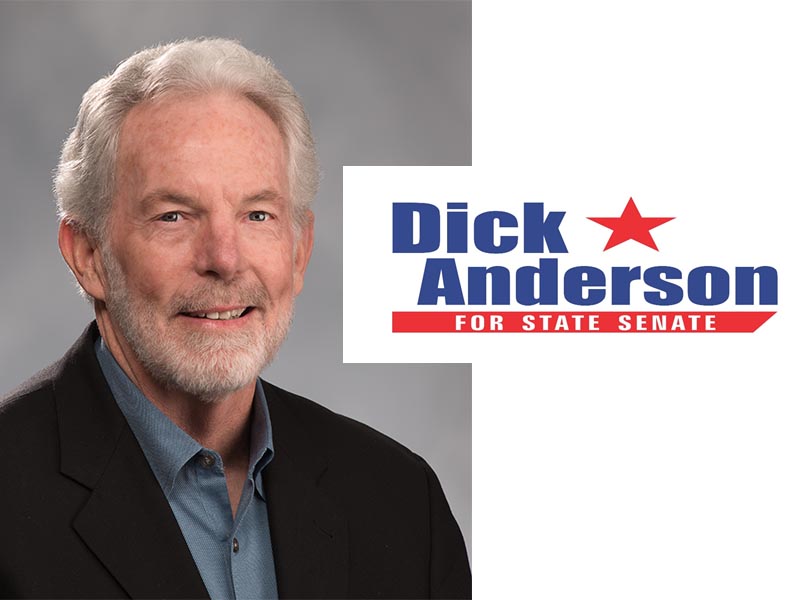 Lincoln City Mayor Dick Anderson announced Thursday, Dec. 19 that he has filed for the State Senate, District #5 seat for the 2020 election.

District #5 reaches from Tillamook to Coos Bay on the Oregon Coast and extends into the valley to both Sheridan and Fall City.

“In spite of the strong economic forecast recently released to the Legislature, not all of Oregon is enjoying the gains,” Anderson said. “The Oregon Coast remains challenged by and lagging in economic growth. The Coast needs an advocate that recognizes the differences in Oregon and is willing to fight in the Legislature on the Coast citizens’ behalf”.

Anderson’s long list of supporting Coastal citizens is varied. He is currently mayor of the City of Lincoln City and has previously been mayor and a city councilor. He’s been elected twice to the North Lincoln County Health District, serves on the Executive Committee of the Oregon Coastal Zone Management Association, sits on two separate ODOT/Area Commissions on Transportation groups and participates with the Confederated Tribes of the Siletz on several advisory boards.

Anderson hopes to bring balance to the Senate Chamber that would bring better legislation for the citizens of the Oregon Coast as well as for the entire State of Oregon.

The Capitol is open, and session has begun! Bills are already flowing to committees.
Read more

State Representative David Gomberg and Lincoln City Mayor Dick Anderson testified in opposition to SB 621 in Salem Tuesday, before the Senate Committee on Business and General Government in a public hearing.
Read more

A new era in the governance of Lincoln City was ushered in Monday night at City Hall, where three first-time councilors and a familiar leader were pronounced fit for office during ceremonies at the City Council's first regular session of the new year.
Read more

Dick Anderson is officially mayor of Lincoln City by a margin of 16 votes over Susan Wahlke.
Read more

Dick Anderson narrowly led a hotly contested race for Lincoln City mayor that was too close to call late Tuesday when the final printout of results was released at approximately 11 p.m.
Read more

Lincoln City Councilor Dick Anderson announced today that he will seek the position of Lincoln City Mayor on the November ballot. He has decided to announce his candidacy at this time so others have time to decide and file for his City Council seat.
Read more
00:05:33

The 2016 Lincoln City Candidates Forum held at Chinook Winds Casino Resort went much better than any of the Presidential debates.
Read more