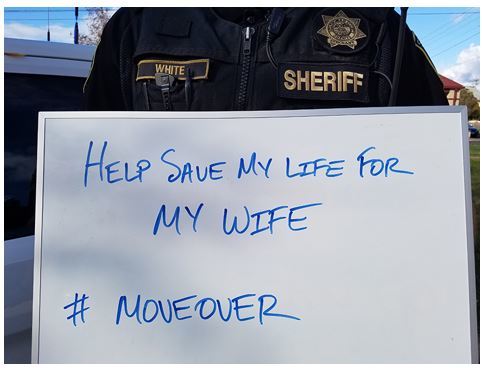 Something is killing first responders at staggering rates, and the answer is us.

To raise awareness about the Move Over law – which protects first responders and travelers – we’re highlighting “National Move Over Day,” Saturday, Oct. 19.

Every year, drivers are injuring and killing hundreds of emergency responders as they work to save lives at the scene of traffic incidents:

These numbers do not include transportation professionals, for which exact numbers are difficult to pin down.

“It is safe to say that one of the most dangerous parts of a first responder’s job is stepping out onto the side of the road, whether it’s for a traffic stop, to assist a motorist or respond to a crash,” explains Justin Guinan, ODOT’s Traffic Incident Management Program coordinator. “Every state has some kind of ‘Move Over’ law that requires drivers to move over and slow down when approaching stopped emergency vehicles. Ours was recently updated to include all stopped motor vehicles, emergency or not.”

What does Oregon’s Move Over Law require?

Oregon’s Move Over Law requires drivers to move over to another lane or slow down by at least five miles an hour below the posted speed for any vehicle stopped next to the side of the road displaying hazard lights or other signs of distress. Failure to obey Oregon’s Move Over law is a Class B traffic violation with a $265.00 fine ($525.00 if the location is within a safety corridor, school zone or work zone). 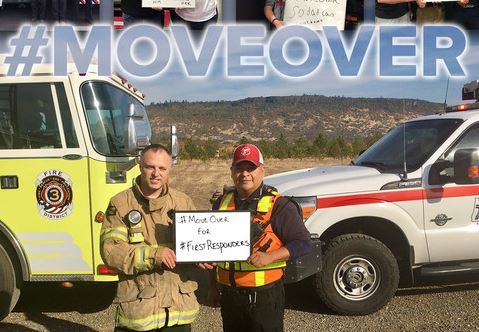 “We cannot stress enough the importance of this law when it comes to protecting first responders and anyone unfortunate enough to be stranded on the side of the road,” says Oregon State Police Lieutenant Nathan House. “National polling estimates that 71% of US residents are not aware of the Move Over Law in their state. We need to educate all drivers. It is about saving lives. We want everyone to go home safe.”

We have a responsibility to protect those who protect us.

National Move Over Day began in 2017 to get every state involved in promoting Move Over laws and responder safety on the same day. It is the third Saturday of October.

What can all of us do?

Join us in spreading the word: Move Over. It’s the Law.

You could save someone’s life.

Oregon State Police Trooper David Wertz was 10 miles east of Newport on April 28 at approximately 8:49 p.m. when he stopped a wanted felon but let him go after pandemic-leery jailers refused to lock him up.
Read more
00:38:11

A search warrant executed by the Street Crimes Response Team Thursday, Feb. 6, led to the arrest of two Lincoln City residents on drug and child neglect charges after a months-long investigation.
Read more

Lincoln City Police will be on the lookout for drivers impaired by alcohol or drugs Dec. 13-Jan. 2 using grant funds provided by Oregon Impact and Department of Transportation in an effort to protect the public.
Read more

Lincoln City Police will be changing hours of operation for certain services starting Nov. 1 in an effort to streamline records and administration ahead of moving into the new police building currently under construction.
Read more