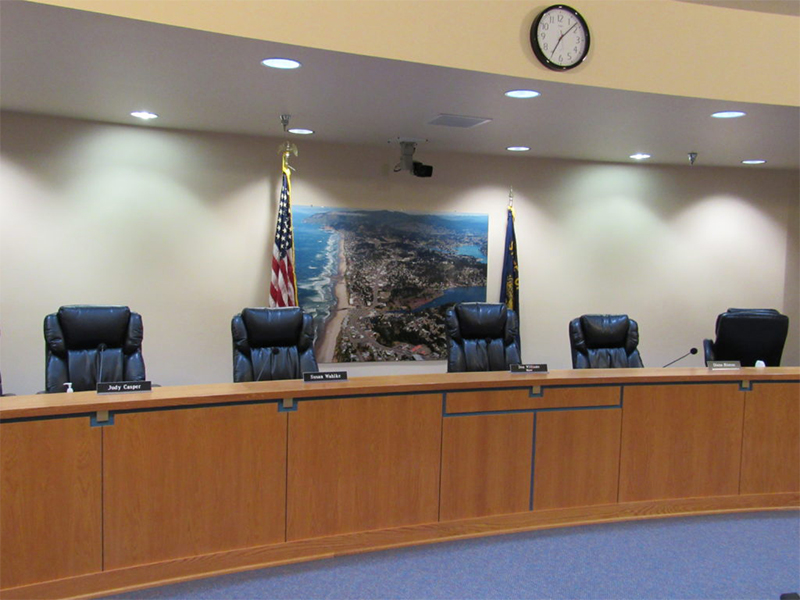 The Oregon Government Ethics Commission rejected its own investigation’s findings that Lincoln City Homepage was illegally barred from a Lincoln City City Council meeting and dismissed the case on Friday.

“I’m pleased to announce that the Oregon Government Ethics Commission [OGEC] rejected the conclusion of the investigated report and dismissed all charges against the City Council pertaining to allegations that they improperly excluded a member of the media from an Executive Session,” City Manager Ron Chandler wrote on his personal blog.

OGEC’s ruling follows a five-month investigation of an allegation of potential violation of state ethics law filed by Homepage Publisher Justin Werner. The case was heard over a two-hour period Friday morning at the Commission’s regular session in Salem.

“There is a preponderance of evidence that a representative of the news media [Werner] was excluded from attending an executive session held by the Lincoln City City Council in violation of ORS 192.660(4),” OGEC Compliance and Education Coordinator Diane Gould concluded in her findings.

Homepage maintained it was illegally excluded from attendance at a June 14, 2018, special session under Oregon public meetings law because it regularly attends and covers City Council meetings and local government and corresponds regularly with City officials to report the news.

Homepage is awaiting the release next week of audio tapes of Friday’s hearing for a follow-up story on the decision.

Lincoln City Homepage is pleased to announce a new Archives page allowing for much easier access to all our stories for researches and news...
Read more

Keep calm and carry on, at least six feet away

As a member of the media I have witnessed sensationalism in the news and a seemingly never ending cascade of Coronavirus COVID-19 stories from virtually every angle media outlets can piece together.
Read more

Goodbye 2019: A special thank you to Homepage readers

2019 was a great year for news in Lincoln City, even as long-established newspapers shutter their doors or scramble to increase their internet presence across the country.
Read more

As we give thanks this Thanksgiving, Homepage is thankful to the citizens of Lincoln City for providing us with news tips and making sure we have access to important information affecting you and your daily lives.
Read more

Lincoln City Homepage's efforts to be the most credible news source for the community and surrounding areas were rewarded Thursday, Nov. 14, when NewsGuard Technologies, "The Internet Trust Tool" had journalists analyze the website and assign it a Green-rating.
Read more