The second annual Pixiefest is in full swing at Chinook Winds Casino Resort. Event-goers can expect the same commitment as last year in remembering Pixie Kitchen, a restaurant that was also a children’s wonderland, and Pixieland, a theme park that operated from 1969 to 1976.

Pixiefest has been expanded to include original recipes from Pixie Kitchen, such as its famous cod balls, clam dip, fried chicken, fried fish, chowder and birthday cake. The new Pixie Kitchen attraction serves the classic food that was painstakingly tracked down by the Lincoln City Culinary Center staff.

Original Pixie Kitchen and Pixieland memorabilia is on display. 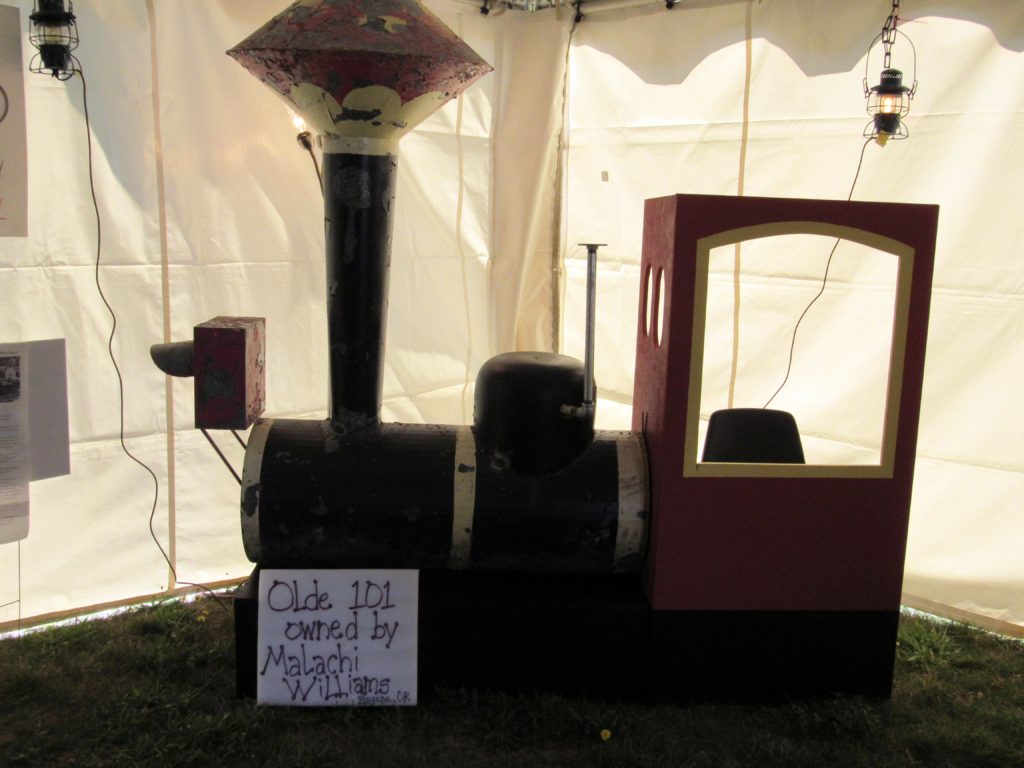 Olde 101, owned by Malachi Williams from Eugene, is also on display. It is the original train from the Pixie Kitchen Pixie Garden. Visitors are encouraged to pose in the window for a photo opportunity.

Described from an early age as a piano phenom, Goss is recognized as an electrifying entertainer. He is a devotee of blues, ’50s rock n’ roll and classic country.

Marker recently addressed the Lincoln City City Council and gave a presentation of the Lincoln City’s successful entry for Portland’s Rose parade, where his float received the Chairman’s Award for “Most Creative.”

Craig Loney of Cub Scouts Pack 47 helped with the event, along with Lincoln City councilors Susan Wahlke and Dick Anderson.

Pirate’s Revenge is a pirate ship on a pendulum that simulates a swaying motion of a ship at sea during a storm.

The Cyclone Swing is a spinning swing set where passengers hold on and fly through the air.

The ever-popular train ride is back with bubbles coming from the caboose. The train drives around Pixieland and rings a bell.

The Carousel bouncy house is designed for kids to jump around while parents watch from outside.

Pixiefest’s mission is to preserve and share the memories of Pixie Kitchen and Pixieland. If you were around and visited either, the North Lincoln Historical Museum would invite you to share your experience on the Pixiefest Facebook page as part of the Pixie Memories Oral History Project. Selfie videos are welcomed.

Pixiefest is held annually June 30-July 1. Rides, games and entertainment are included in the admission price.

The first day of Pixiefest at a new location, Taft High School's Mesa, brought a Ferris wheel and horses to the more affordable event under a clear sky with temperatures approaching 70 degrees Saturday.
Read more

An athletic field at Taft High 7-12 will be the site for the annual Pixiefest festival in late June as part of several major changes announced Monday by the Kiwanis Club of Lincoln City.
Read more

Here's a tour of Pixiefest. Rides, Live music, and games for the kids. Did I mention there's a train? Update: The fireworks are not actually...
Read more

Lincoln City, OR – Summer time memories of the Oregon Coast bring smiles to many faces...each smile as unique as the memory behind it....
Read more