DEPOE BAY — A miniscule profit for selling thousands of dollars of fuel to boaters caught the eye of a city councilor during a routine motion to approve the monthly finances Tuesday, Sept. 20.

Councilor Claudia Crum, who earlier supported high-tech meters to track unexplained activity at the municipal fuel dock, questioned how the city paid $121,000 for gas and diesel, then brought in just $122,000 in sales receipts. “The actual profit is only $1,200?” she wondered at the slim net and reasons given. “So we can find out at the next meeting?”

“We’re looking into all that,” said Mayor Short, seeking to calm Crum’s concerns. “We’re watching expenses very carefully, following the budget to the letter here. We’re not in any financial straits.”

Fuel prices are a sore point between boat operators and City Hall, which closed a $300,000 shortfall in the harbor’s current $1 million annual budget with transfers from the urban renewal and overnight room-tax funds. Even with the highest marine fuel prices at the coast, a 2020 study of harbor fuel prices found the city barely broke even on “hard” costs and personnel.

“The public push-back was immense, mostly from the charter boat owners to whom most of the fuel is sold…” wrote Grant of the city’s $1.34-per-gal. mark-up.

The report concluded the city should turn the operation over to a private operator, such as Carson Oil, or to the charter fleet to be operated as a “co-op.” 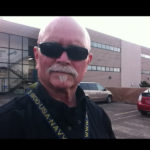