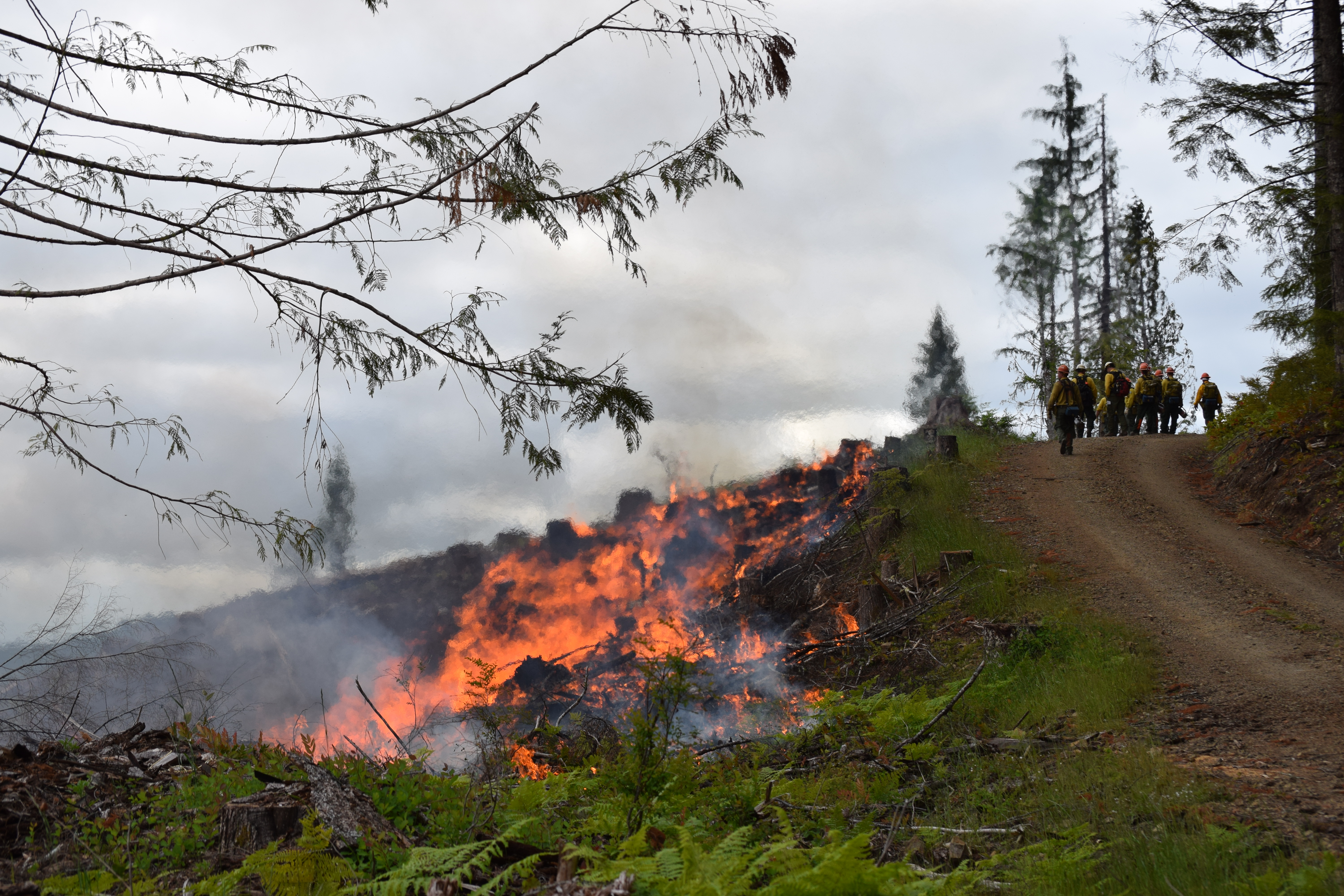 Revised rules that protect air quality in areas of Oregon susceptible to smoke from controlled forest burns have gone into effect just as the spring burning season begins.

The rules were adopted in January by the Oregon Board of Forestry and approved by the Oregon Department of Environmental Quality (DEO) following a multiyear review by a broad-based committee.

The rules call on communities at risk for smoke to voluntarily develop response plans to protect especially vulnerable populations, such as children, the elderly and people with heart and respiratory conditions. Oregon Department of Forestry (ODF) and DEQ will collaborate with the Oregon Health Authority (OHA) to identify communities ready to begin developing a response plan this year.

“Response plans will detail how communities will be notified when unhealthy levels of smoke are expected,” ODF Smoke Management Program Manager Nick Yonker said. “They will also outline how community officials in turn will notify residents so they can take specific actions to protect themselves and their children, such as bringing physical education classes indoors.”

DEQ Manager of Air Quality Planning Michael Orman said the plans will help reduce the impacts of smoke to residents, whether it is from a controlled burn or a wildfire.

“Prescribed fire is one of the many tools used to reduce the wildfire risks posed by forest fuel,” he said. “When used properly, the smoke management program has a history of completing burn objectives while preventing smoke from entering communities, and DEQ expects this trend to continue. These new rules identify key elements that community plans should include, like smoke risks and what actions people can take to protect their health.”

The OHA’s Chronic Disease Programs Manager Kirsten Aird said communities can tailor their plans based on the severity and duration of smoke, and on what resources they are willing to commit.

“One community might designate certain buildings as temporary clean-air spaces for the public, while another might develop a way to get air cleaners to highly vulnerable residents,” she said. “As communities complete their plans we’ll work to share those with other communities as potential models to consider.”

The revised rules continue to meet federal air quality standards, but now tie the definition of a smoke intrusion to specific levels of smoke particulates considered unhealthy for vulnerable populations during two time periods – a one-hour average and a 24-hour average. They replace the former definition, which was zero visible smoke.

“The rule revisions provide greater flexibility for those wanting to use controlled burns to improve the health of fire-adapted forestland,” Yonker said. “And they should increase the opportunities for landowners to reduce wildfire risk near communities by thinning overcrowded forests and burning the woody debris.”

The rule changes follow an 18-month review of the Smoke Management Program by a 20-person appointed committee made up of forest landowners, public health representatives, the American Lung Association, forest collaboratives and environmentalist groups, county and city elected officials, the U.S. Forest Service, the Bureau of Land Management and a tribal representative.

According to ODF records, in 2018 controlled fires were set on 181,282 acres in Oregon, above the 10-year annual average of 165,999 acres. Those fires burned an estimated 1.3 million tons of woody debris. Peak prescribed burning is in the spring and fall when wildfire risk is low.

Learn more about controlled burning from the Oregon Department of Forestry website at http://www.oregon.gov/ODF/Fire/Pages/Burn.aspx