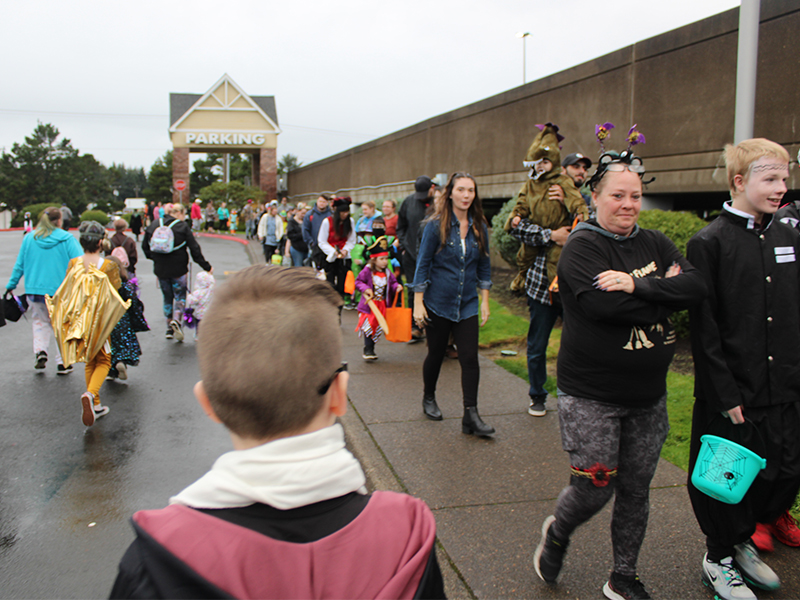 Half of Lincoln City turned out for Spooky Spectacular at the Lincoln City Outlets Monday night, getting candy and compliments on their rain spattered costumes.

The event was put on by Kiwanis and many of Lincoln City’s smaller citizens were moving around the parking garage gazing in awe at animated decorations. Almost everyone dressed up as evidenced by soldiers, ninjas, fairies and LED suit people roaming the structure. 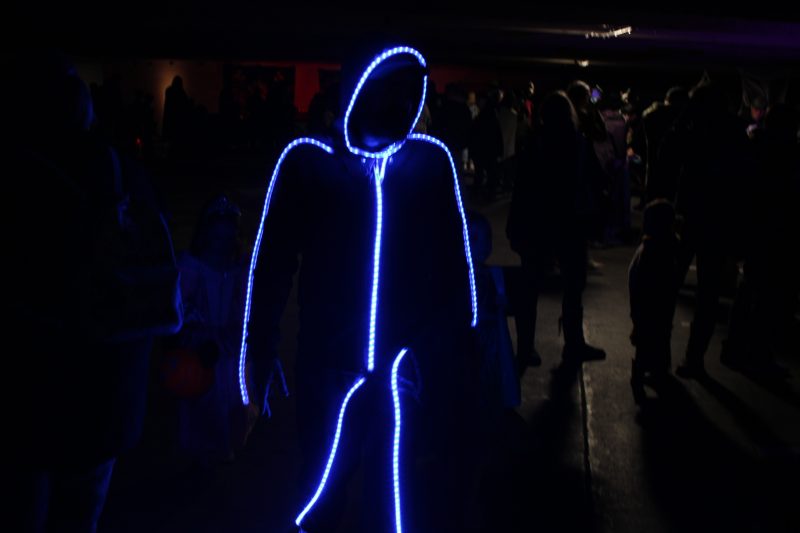 Chamber of Commerce Executive Director Lori Arce-Torres said it was nice to have people walking through after two consecutive years of drive-thru events. 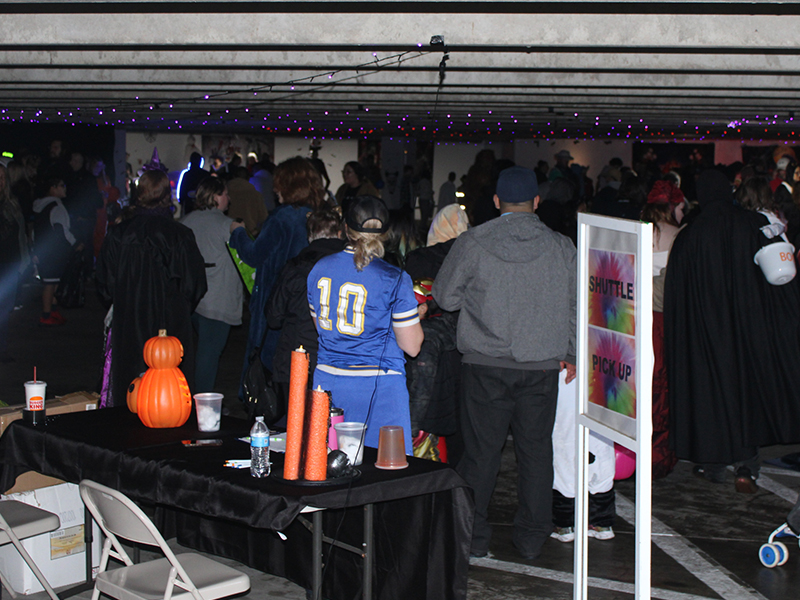 Most people witnessed by this reporter were smiling or eating candy, with the occasional family saying hi to each other. More than a few mentioned how nice it was to be in-person for Halloween this year. A few smaller kids were terrified of a couple costumes and exhibits, but that was rare. 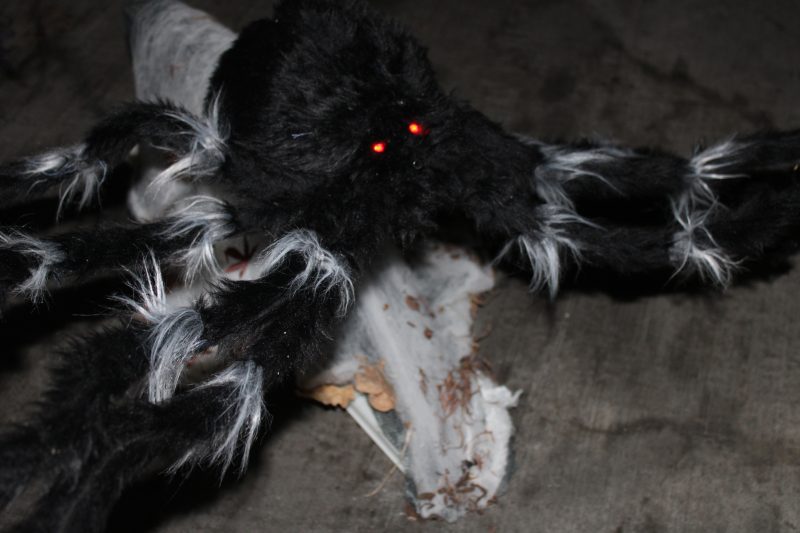 Some children were obviously suffering from sugar highs as they were speaking rapidly, pulling things apart, and going from standing to running in less than a second.

It was a packed house, but orderly lines formed and moved semi-briskly. 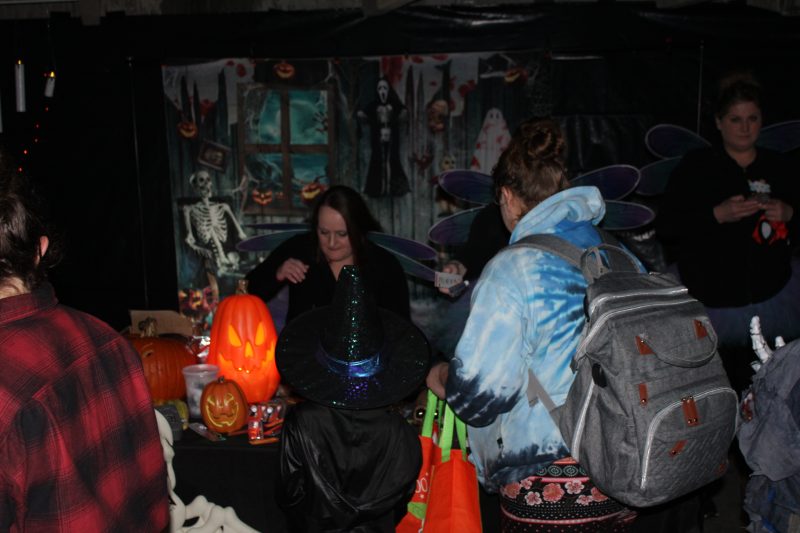 One third grader, who wished to remain anonymous for fear of reprisal from ghosts, said she had an excellent time and would be coming back next year. She also promised not to eat all her candy in one sitting. 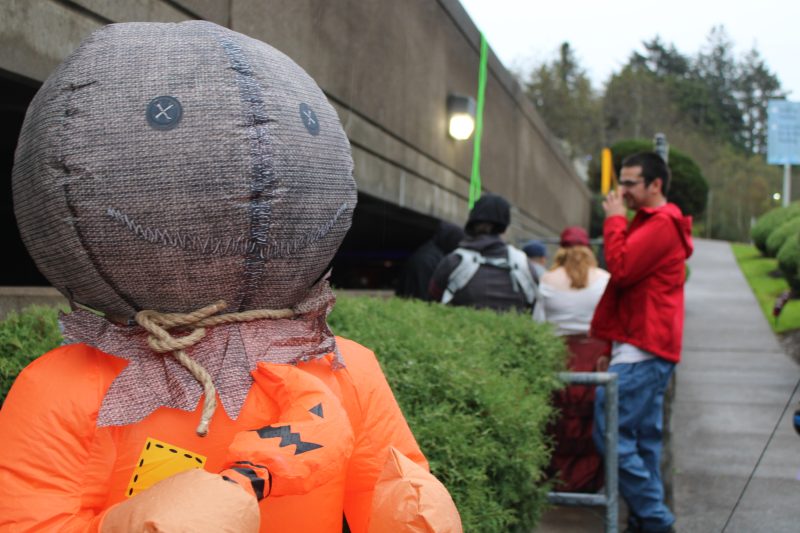 A sweet deal for kids

Like some weird dream, dinosaurs roamed alongside fire fighters, clowns and even a spaceship at the Faith Baptist Church annual "Trunk or Treat" gathering Saturday night.
Read more

Lincoln City Homepage is looking for the community's spookiest images of Jack-O'-Lanterns, costumes and pets for a chance to win a portion of $100 in gift certificates to Lil' Sambos Restaurant.
Read more

Many people view Halloween as a time for fun and treats. However, in the United States, roughly two times as many children aged 5-14 are killed while walking on Halloween evening compared with other evenings of the year.
Read more

"Spooky Spectacular" was a welcome respite from the Halloween rain Wednesday for a record number of trick-or-treaters.
Read more

Trick-or-treaters beware of safety concerns (and goblins, ghosts and ghouls)

The Spooky Spectacular at Taft Elementary was packed with kids and parents and we all had a great time.
Read more

Students can trick or treat at Taft Elementary! A safe (and dry) way to enjoy the Halloween holiday.
Read more

Parents can help prevent children from becoming injured on Halloween by following these safety tips from the American Academy of Pediatrics, the Centers for Disease Control and Prevention, and the National Safety Council.
Read more

A Tour To Die For

Your destination? Our hill-top cemetery, for a rare night-time visit and walk-through where you will meet some of the people who reside there.
Read more
BREAKING NOW