Peterson was informed he couldn’t solicit at the State Park by the ranger 10 minutes into signature gathering efforts to recall Oregon’s sitting second-term governor.

“Why not?” Petersen asked.

“It’s a law we have,” said the ranger. “You can’t have a sign here that’s stating political things at state parks.”

Peterson pulled an iPhone out and began recording video and said, “I’m going to put this on Facebook so everyone doing this with me knows – so everybody knows so you don’t have to stop me in the future.”

“Unfortunately, I’m asking you to remove the sign and if not I can contact someone higher up to come remove it.”

“I’m not saying I won’t remove it,” Petersen said. “I just want to make this clear for when I put it on Facebook so everyone doing this knows.”

“Within state parks we do not allow soliciting of any kind,” said the ranger.

“Thank you so much,” the ranger said. 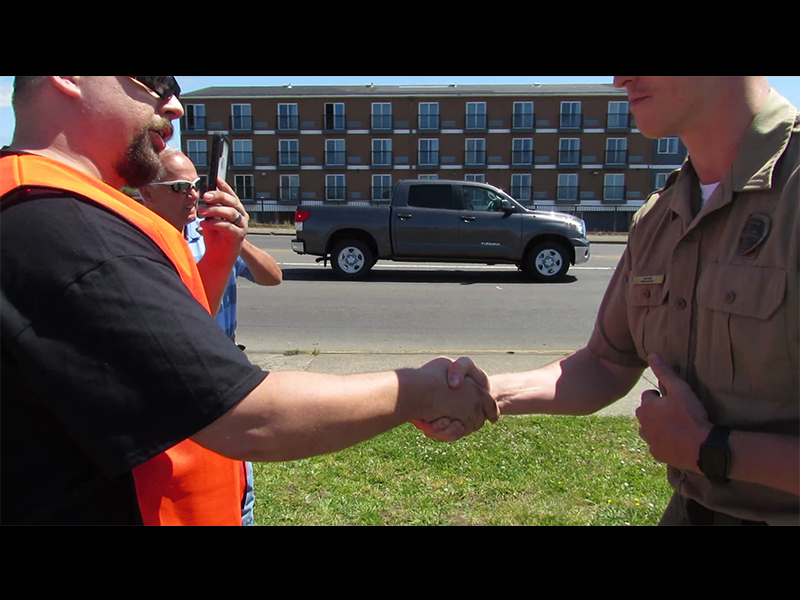 The two shook hands and Petersen moved to the city sidewalk 30 feet away and set up his sign and table, continuing to gather petitions to initiate a recall of the governor. 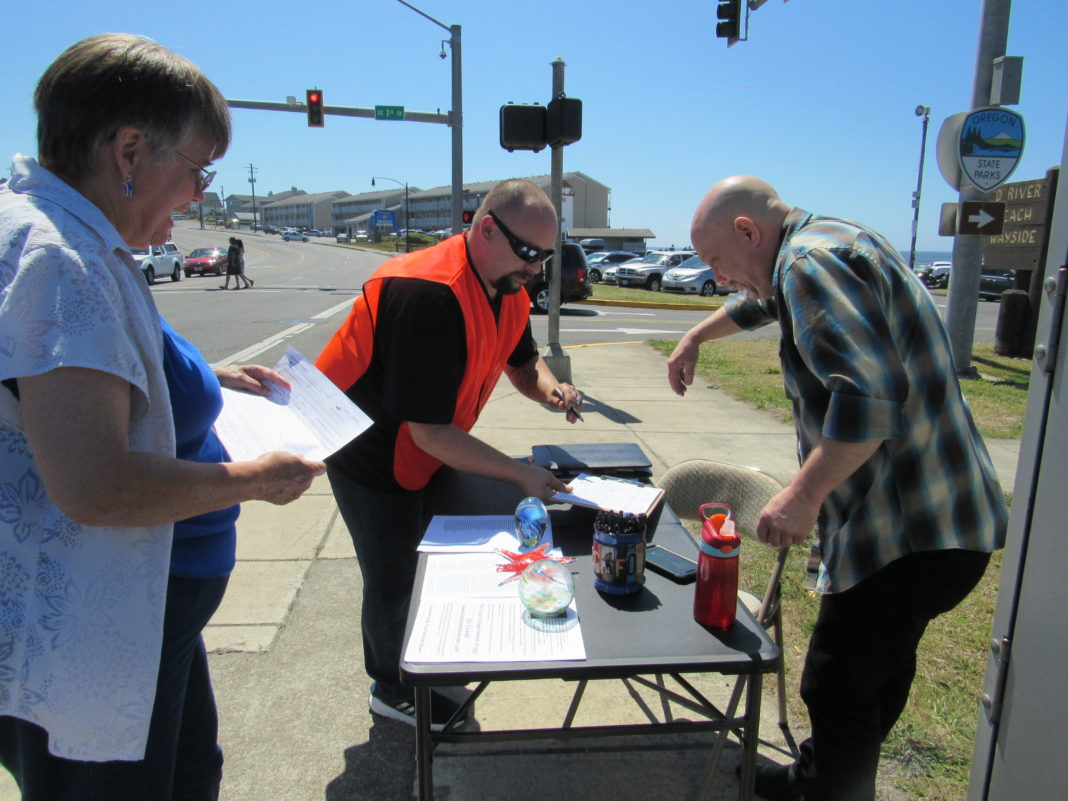 When asked if the recall effort against Brown was effective, Petersen, who joined the self-proclaimed non-partisan volunteer group “Flush Down Kate Brown” last week, had this to say:

“We’re really excited and we’re going to keep going. We just got a count the other day from our leader Michael Cross.” 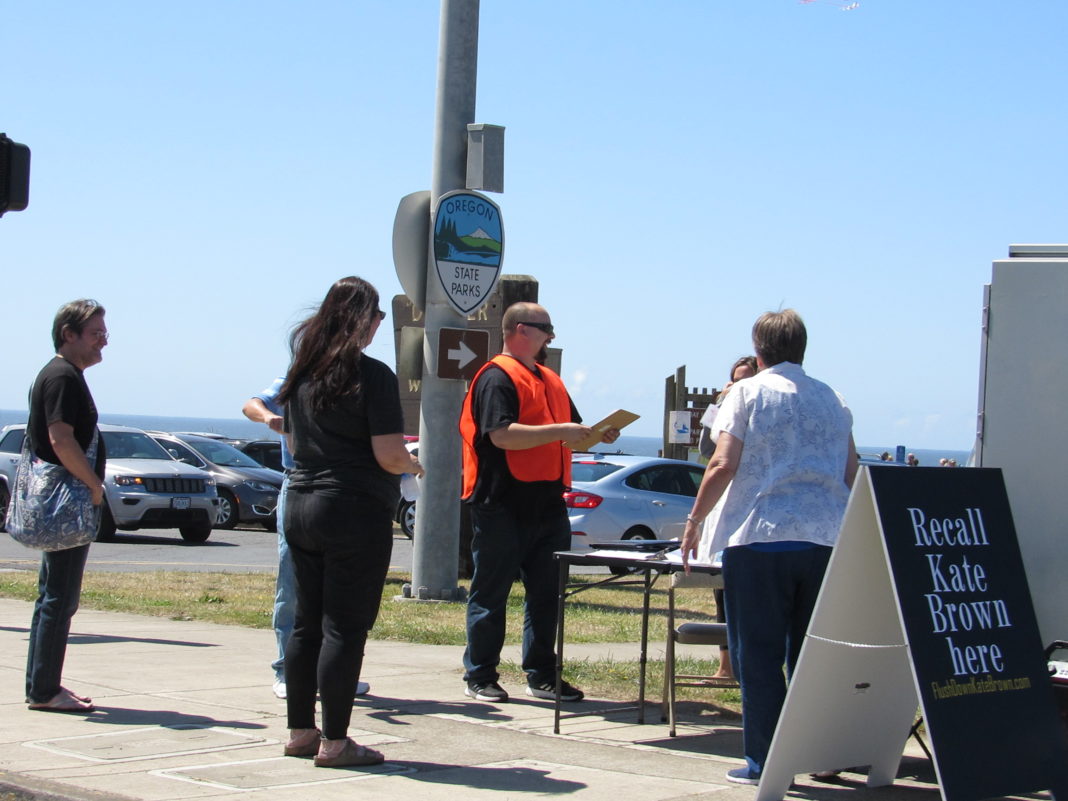 “The sidewalk is city,” Lascano said. “people can’t petition on park property but they can on the sidewalk. Sidewalks are good.”

Lascano said she had a similar run in with a Gov. Brown recall effort a few days ago at the park. She said an individual had signs plastered all over their vehicle with people coming up signing petitions.

“It doesn’t matter what they are doing there,” Lascano said. “Whether they are there for the governor or passing something out religious, we can’t have them doing it at the State Park property.”

(o) Placing a sign, marker or inscription of any kind, except in designated areas within a park property, without written permission from the park manager;

(9) A person may only distribute circulars, notices, leaflets, pamphlets or written or printed information of any kind within a park property after they have first obtained permission from the park manager and reported their name, address and number of leaflets to be distributed.

(10) A person must obtain a special use permit from the department for any activity or use as described in OAR 736-016-0005(1), including but not limited to an activity or use within a park property that:

(a) Is an organized group activity or event attended by over 50 people;

(b) Uses a portion of a park property to the exclusion of other persons or the department;

(c) Modifies or embellishes the park property, or places structures, such as tents, chairs, arches, and similar structures on the park property in a manner outside of normal recreational use, as determined by the park manager or enforcement officer;

Oregon Health Authority officials increased Lincoln County's COVID-19 risk level Tuesday, moving it into the high-risk category and with it a new list of rules to follow.