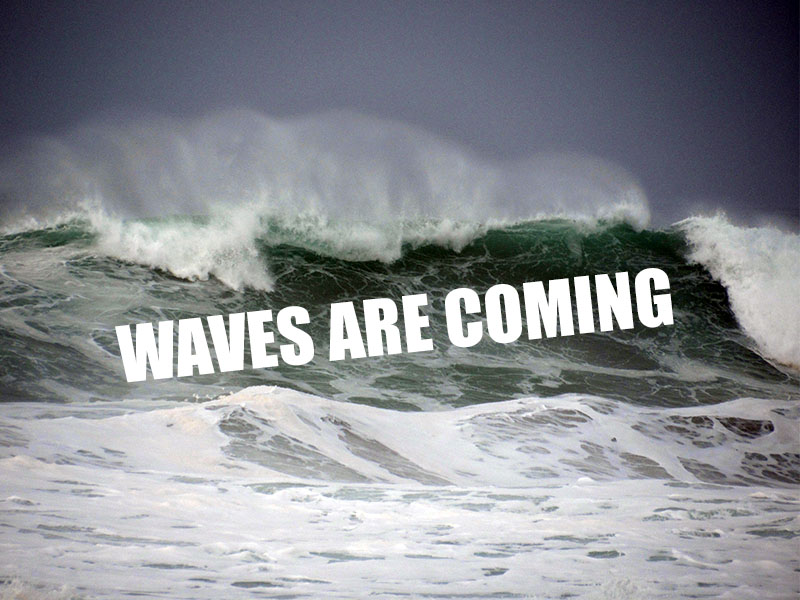 Low-lying areas near bays, sloughs and the lower reaches of coastal rivers could see major flooding up to one foot above ground level during high tides.

Large waves and dangerous surf conditions are expected to hit the coast Saturday, causing higher than normal run-up on beaches and low-lying shoreline.

According to the NWS warning, severe beach erosion may destroy coastal properties and buildings. Homepage reported on the Sea Gypsy and Kyllo’s damage in January, 2018, where six sliding glass doors were destroyed and an evacuation of the first floor was necessary. Adjacent restaurant Kyllo’s had a gas line rupture from the same waves.

The Sea Gypsy lost about 6 sliding glass doors and evacuated its first floor and Kyllos lost a gas line as the water surged at D River State Recreation Site. Press and onlookers were warned to stay back as the ocean showed its fury.

Sneaker waves are expected to accompany the high surf and beachgoers are advised to stay off beaches, rocks, logs and jetties as they can be caught unsuspecting and swept into the frigid ocean.

People should follow all instructions from local authorities, including, police, fire, Coast Guard and department of transportation.

Cold weather is still expected for the beginning of next week.