The Taft High boys basketball team used its first home-court appearance of the season Friday to advance to the title game of its own Kiwanis Holiday Tournament with a 78-57 victory over Waldport.

Taft, which improved to 5-4 after six weeks without a game in the Taft High gym, will play unbeaten Toledo, the Class 2A’s No.1-ranked team, at 1:15 p.m. Saturday at home for the championship.

The Tigers defeated Oakridge 55-44 Thursday in the tournament’s first round at Taft Elementary School.

The Taft girls (2-7) lost earlier Friday to the Irish.

Details from Friday’s Taft girls action against Waldport are pending. 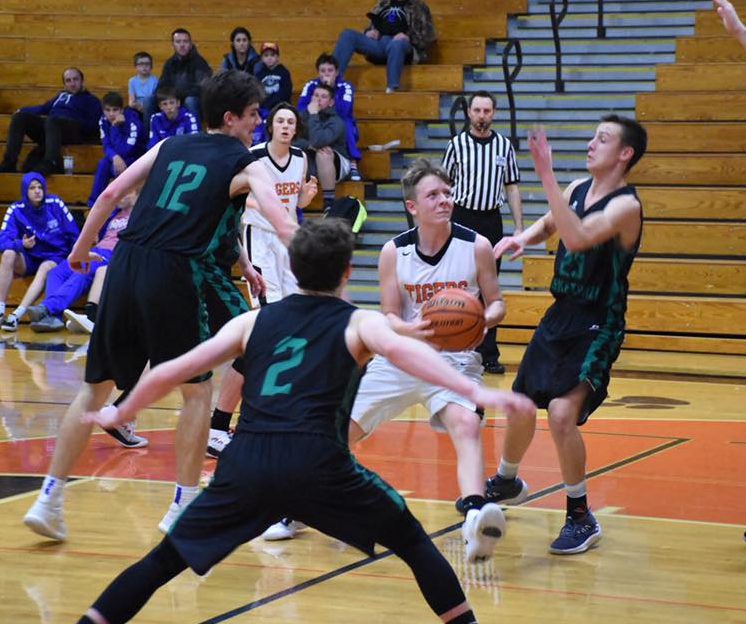 “With senior big-man Ray Darrington starting the game on the bench alongside the coaching staff, Taft got off to a better start than previous games this season. Playing the first game of the season on the hardwood floor at Taft High School, the Tigers played inspired defense — leading to quick buckets at the home goal. Jumping to a quick 17-8 lead, Taft fulfilled its goal of holding its opponent to under 10 points for the quarter. Led by senior William Brooks — hot from the 3-point line, sinking two back to back, junior Eli DeMello led all scorers with eight in the first frame. 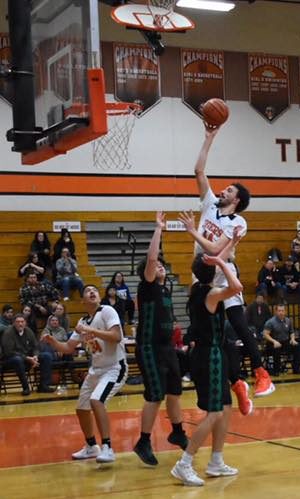 “Waldport responded with a 17-point second quarter, led by sophomore guard Kellan Howard with three 3s and eight for the quarter. The home Tigers countered with five from junior Jordan Hall — inspiring the Taft squad on the offensive end. Sophomore swing-man Graden Kehr added two, as Darrington dominated the paint on both ends of the court — adding 11 points in the quarter. The Tigers extended their halftime lead to 10, as both teams headed to the lockers for the 10-minute intermission.

“An inspired 29-point third quarter was punctuated by six of the eight Tigers scoring in the frame. The ball movement was almost as good as the attentive defensive maneuvering by the home Tigers. Also the largest quarter for the Irish, Taft was able to extend the lead to 20.

“As the fourth quarter began, Darrington continued to petrify the defense of the Irish, slamming home a rebound in route to a Tiger 15-point quarter — besting the Irish with 13. Hall was again potent from the charity stripe, and Clay Nelson continues to play solid as a hard-working post player. Nelson finished with only two points, but his hustle contributed to a number of strong possessions and equalized the Irish as he continued to grab rebounds.

“Sophomore point guard Fco Ramos started again for the Tigers, and his amazing defensive intensity led Taft on the fast break and in the half-court set. I was very pleased with the performance, and the growth of Ramos, as he made his second start for us. Not scoring, but continuing to play an active roll in the growth of the Tigers, is freshman Kaden Hindman.

“Taft looks forward to the formidable challenge of a championship matchup in the finale of the Kiwanis Holiday Tournament tomorrow at Taft High.” 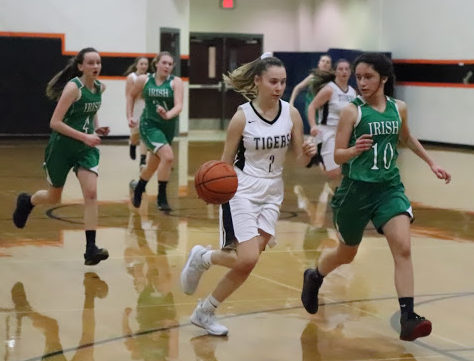 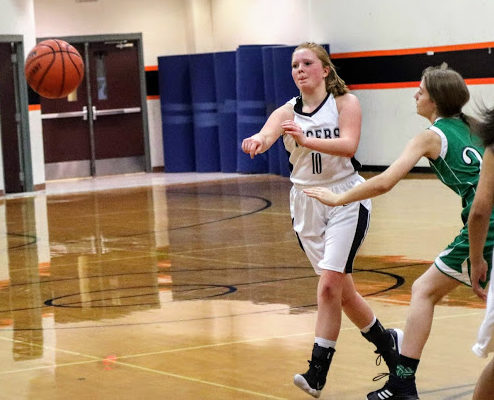 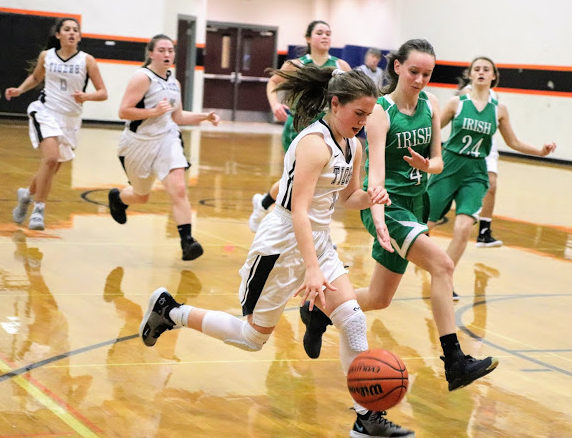 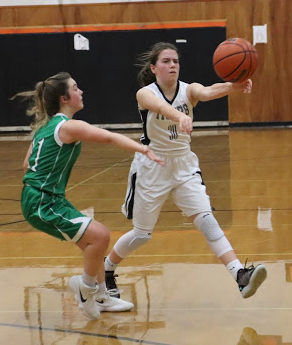 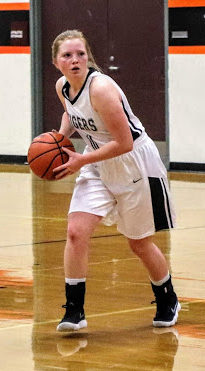