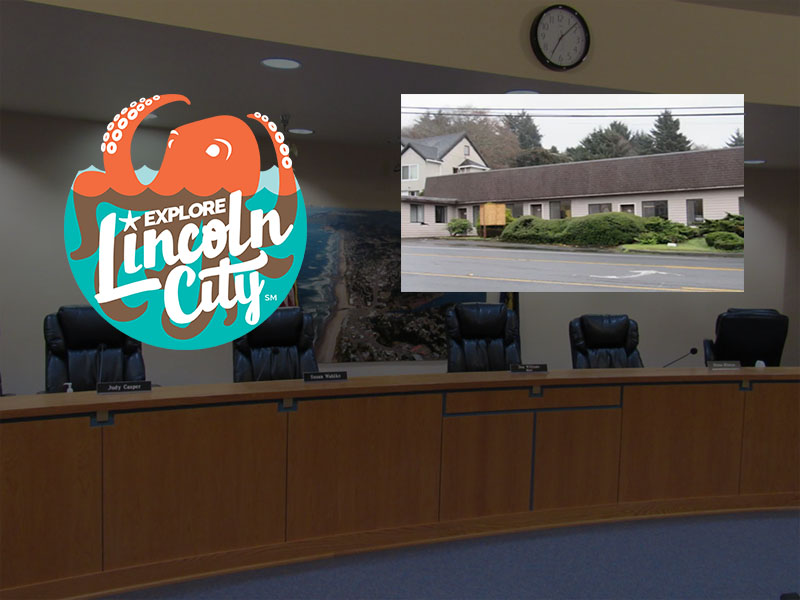 An apartment complex and neighboring hotel have joined forces to hire an attorney in an attempt to stop the City of Lincoln City and nonprofit homeless outreach service provider Helping Hands Reentry from developing transitional housing on Highway 101.

Lincoln Woods Apartments Owners Thomas and Leslie Barnes say they are upset with “the way it was handled,” saying “the City moved very fast on this and operated in secret,” prompting them to hire a specialized land use attorney with neighboring hotel The Ashley Inn & Suites.

Attorney Byron T. Farley, of Salem-based Martinis & Hill, said he believed the City of Lincoln City made major decisions without the public’s knowledge and was exploring legal options for his clients.

“We just can not believe that the City has overlooked the fact we have been in business for over twenty years and this will drop our property values significantly.” Leslie Barnes said. “We have 150 kids living in those apartments and we are worried for them.”

“This will completely destroy our business,” Ashley Inn & Suites Owner JD Desai said. “The loss of value will make it unmarketable. Putting this on the main artery of Lincoln City — I just don’t understand why they felt this was the most promising site.”

Desai said Helping Hands Reentry’s Tillamook location is in a remote area and their Seaside location is in an industrial area, and he questioned the motives of City officials for placing transitional housing next to apartments and a hotel that sees 25,000 tourists a year.

“This location sits above ours where anyone can look into our pool or patio area,” Desai said. “The City underhandedly secured this site and did not give us proper notice.”

The Barneses said a marijuana dispensary located near the Helping Hands location will not be beneficial to people trying to recover from drugs, but according to Helping Hands Reentry’s website, frequent drug & alcohol screenings are part of their program.

The Barneses and Desai said they had no idea about a $750,000 deal between the City of Lincoln City and Helping Hands Reentry — a nonprofit serving the homeless — where the City purchased land and two vacant buildings at 3454 NE Highway 101 & 2201 NE 34th Street, for $400,000 and gifted it to the nonprofit. A $350,000 urban renewal rehabilitation loan will be given to Helping Hands to bring both buildings up to code and both the purchase of the property and the loan are secured with promissory notes and trust deeds. If Helping Hands does not use the property for transitional housing, the building reverts back to the City.

Both the Barneses and Desai said they were not given enough notice to raise objections to the deal as the City negotiated in secret executive session meetings over the course of a year and only recently opened up the deal to public scrutiny.

The City posted a public notice advertising a public hearing Dec. 3 in local newspaper The News Guard to satisfy legal requirements and also sent notices to businesses and homeowners within 250 feet of the proposed transitional housing site.

“I think there might be a lot of people who are not as informed as they would like to be,” Mark said.

“I just want to talk about the label we have been using of transitional housing. Earlier the planning director withdrew the proposed amendment to the code adding a proposed definition of transitional housing. That amendment was not needed by this application.  What happened in this case is Helping Hands went to the planning department and said here is the proposed use — they happened to use the word transitional housing — but it’s the use they described in their application not on their brochure. It involves housing as well as counseling. They applied for that use. The planning director, using her discretion, looked at the use and then looked at our zoning code and exercising her discretion — in a noticed decision — decided that the use was more like an emergency shelter use than other uses, and as such was not a permitted use in the [general commercial] zone but rather should be processed as a conditional use.”

A news release issued Friday from the City of Lincoln City stated the purchase is complete and invited the public to meet Helping Hands Reentry 5:30-7 p.m. Jan. 30 on the 3rd floor of City Hall in council chambers.

We invite you to come meet our friends with Helping Hands and hear first-hand from CEO, Alan Evans how the program is structured and functions in Lincoln City and other coastal communities and how Helping Hands can improve the quality of life for all by giving a helping hand to a sustainable life.

City Manager Ron Chandler and Helping Hands Reentry could not be immediately reached for comment.

This is a developing story.