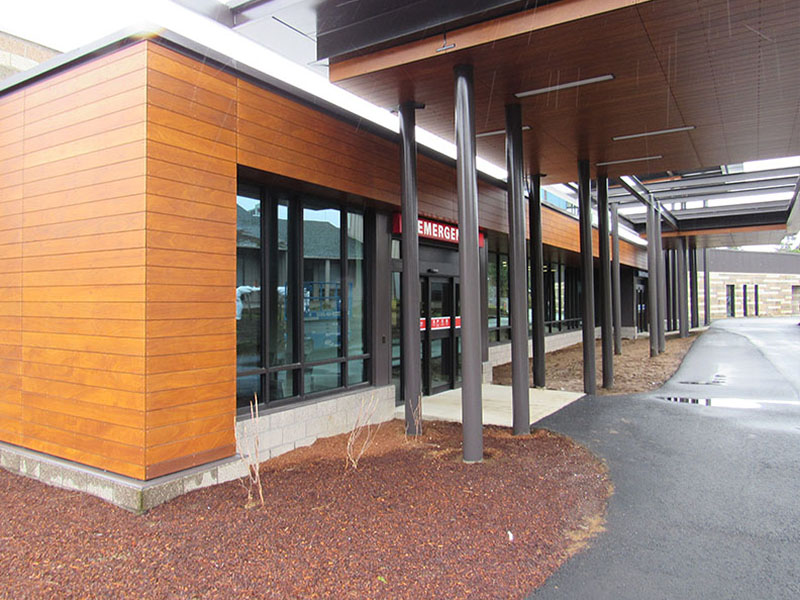 On April 15, Samaritan North Lincoln Hospital was notified that there may be radioactive material at the demolition site of the old hospital, prompting a Code Orange to be called at the new hospital and some other buildings on campus.

“Our emergency services partners were stellar in taking steps to keep our patients and staff safe,” said Lesley Ogden, MD, CEO of Samaritan North Lincoln Hospital. “I’m relieved to know that we do not have hazardous materials at our job site or our new hospital, and so pleased at the quick response by all involved.”

Starting on March 30, the empty and abated old hospital building has been in the process of being torn down and hauled away. The waste transfer station near Corvallis recorded radiation coming from a truckload that arrived at the transfer station on Tuesday, April 14.

Out of caution, a Code Orange (hazardous materials spill) was called at the hospital at about 2:15 p.m. to alert staff to avoid the old hospital demolition zone.

Meanwhile, teams were attempting to locate the source of radiation inside the truck being held at the Coffin Butte Landfill.

During the Code Orange, patients and staff remained where they were, with patient care and other work proceeding as normal. Those who needed to leave the hospital were allowed to do so, and were asked to avoid the demolition zone. Staff were allowed to leave work at their regular scheduled times and parents were allowed to pick up their children from the nearby Samaritan Early Learning Center as usual.

Despite a nationwide nursing staff shortage and a scarcity of local rental properties, the Samaritan Health Services hospitals in Lincoln County are finding ways to cope.