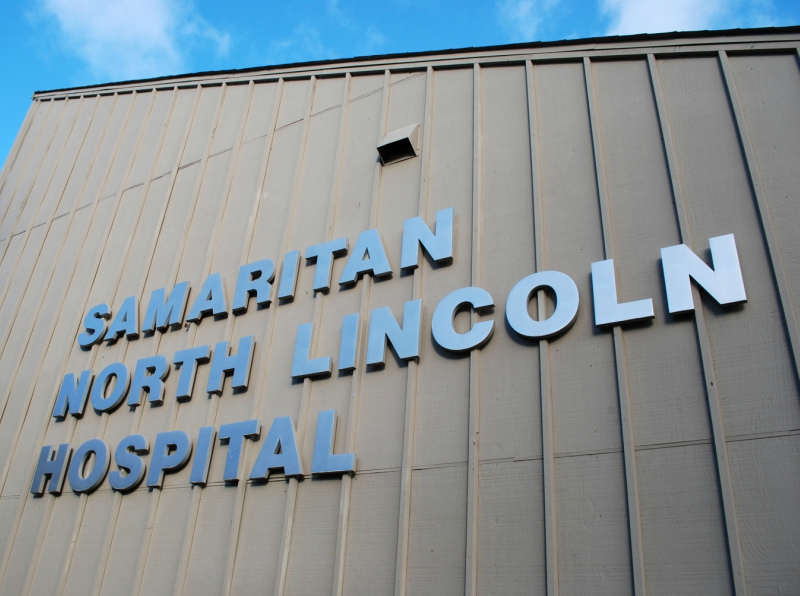 “There is no concern for the health and safety of the citizens of Lincoln City based on the events,” Oregon Health Authority (OHA) Emergency Response Manager for Radiation Protection Services Richard Wendt said.

The gross gamma and exposure rates measured are well within the range of the natural background radiation levels expected in the area.

This indicates there are no radiation emitting items at the demolition site.

Earlier it was reported Samaritan North Lincoln Hospital called a Code Orange due to radiation possibly being detected during Skanska USA’s demolition project at the old hospital. It has been learned since that a truck delivering waste materials triggered a  radiation detector at the Coffin Butte Landfill.

According to Wendt, the truck driver left the demolition site and traveled to a waste transfer station where residential garbage was loaded. Radiation Protection Services, in conjunction with the 102nd Civil Support Team, used a radiation identification device to determine the isotope in the truck as Iodine-131. I-131 is used for imaging the thyroid or hyperthyroid treatments in humans and cats.

Wendt said OHA feels the I-131 was located in the residential trash picked up by the driver and believes someone had undergone I-131 treatment and instead of holding the waste for 80 days, they released it into the normal trash.

I-131 has a half-life of 8 days, Wendt said, and all radioactivity being emitted from the item(s) will be gone in 80 days. He instructed the Coffin Butte Landfill manager to monitor the decay process on-site and once radiation levels have reached normal background levels it will be added to the landfill.

Wendt said this is a fairly common occurrence Radiation Protection Services deals with and said there is no need to open the item(s) due to I-131’s short half-life.

“It is safer for all parties to let it decay in place,” he said.

Wendt wishes to thank Lead Radioactive Materials Inspector Hillary Haskins for her research and input to the event.

The first baby born in 2023 at a Samaritan Health Services hospital arrived in Lincoln City at 12:58 a.m. on Sunday, Jan. 1, followed a few hours later by the first baby of the year in Newport.
Read more

Samaritan Early Learning Center in Lincoln City has been approved by the state to provide emergency child care for a prioritized group of essential workers.
Read more