“These great firefighters and administrators deserve great leadership, and a work environment free of sexual harassment and retaliation. Right now, they do not have that, and haven’t for quite some time,” Rialtos’ attorney, Joshua D. Zantello of the Lincoln City law firm Andrews, Ersoff and Zantello, said. “Our client hopes this case will put the right leadership in place, and correct the culture and climate at North Lincoln Fire District so the District, along with its firefighters and administrators, can continue to move forward and do great things for the community.”

Homepage is seeking comment from NLFR officials, including Dahlman and Fire Marshall Ed Ulrich regarding the alleged May 28, 2018, incident (detailed below).

Kerr put in 35 years of volunteer and career service with NLFR before giving his 90-day notice in November of last year announcing he would retire in late February. Division Chief EMS Coordinator Dahlman was promoted to replace Kerr as chief on an interim basis for a period of one year on March 1. 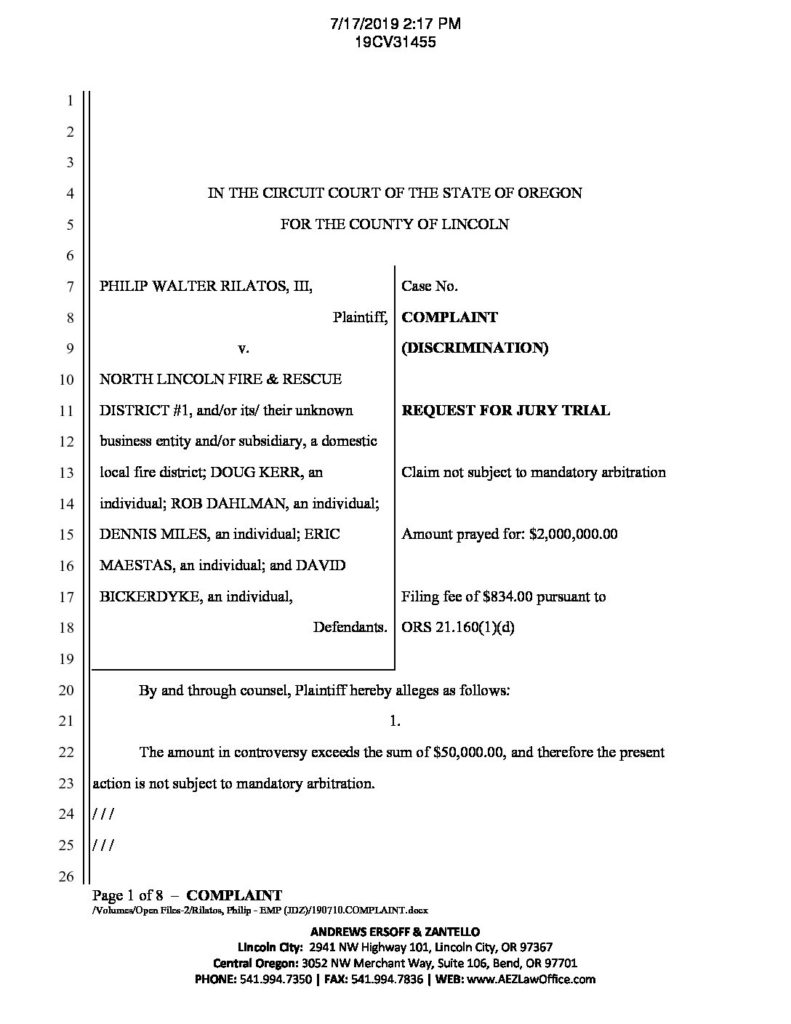 According to the document, Zantello’s firm is requesting a jury trial on Rialtos’ behalf, and claiming the amount in controversy exceeds the sum of $50,000, therefore not subject to mandatory arbitration.

The suit seeks judgments as follows:

“Our client has the utmost respect for the firefighting profession, and firefighters,” Zantello said. “North Lincoln Fire District has many outstanding firefighters and administrators, and our client is proud to have served with them.” 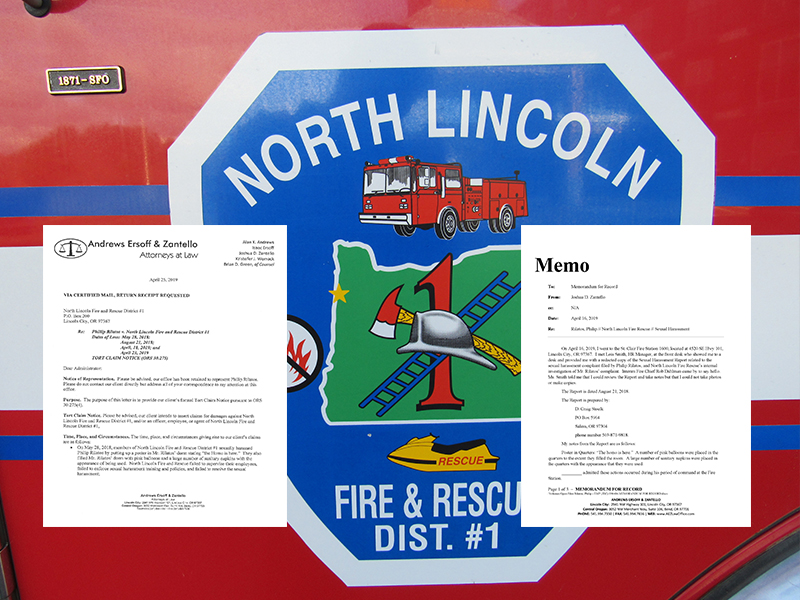 According to information culled from a report by private investigator D. Craig Stoelk of Stoelk Investigation and Consultation, LLC, of Salem, to Ersoff and Zantello, four incidents of alleged indiscretion in violation of employee policy against a worker occurred: 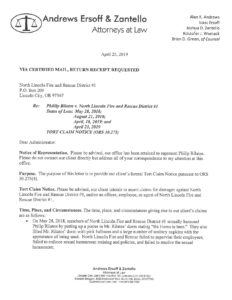 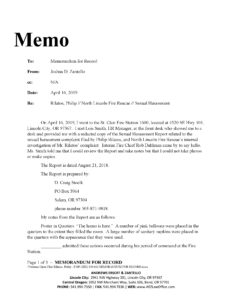 A tort claim, in common law jurisdictions, is a civil wrong that causes a claimant to suffer loss or harm resulting in legal liability for the person who commits the act. It can include the intentional infliction of emotional distress, negligence, financial losses, injuries and invasion of privacy, among other things.