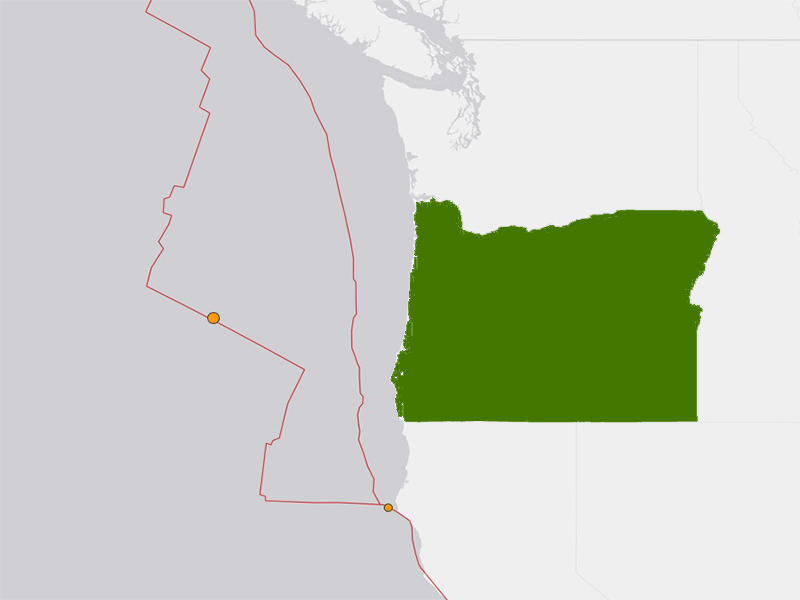 A magnitude 4.7 earthquake struck off the Southern Oregon Coast at 7:11 a.m. Wednesday, six miles beneath the surface, according to the United States Geological Survey.

The quake occurred at approximately 230 miles off the Oregon Coast on the southwest boundary of the Juan de Fuca Plate.

“The types of faults or plate boundaries that generate tsunamis are those where a plate is pushing down underneath another one subducting. Then you could get some vertical movement,” he said.

“If this had happened on the Coast, then a lot of people would have felt it and it would have knocked some stuff off of shelves, but this was so far out in the ocean the energy dies away before it gets to the shore.”

The USGS Earthquake Hazards Program is part of the National Earthquake Hazards Reduction Program (NEHRP), established by Congress in 1977, and the USGS Advanced National Seismic System (ANSS) was established by Congress as a NEHRP facility. The USGS and its partners monitor and report earthquakes, assess earthquake impacts and hazards, and perform research into the causes and effects of earthquakes.

A shallow 6.3 earthquake was felt along the Oregon Coast at 8:07 a.m. Thursday but the United States Geological Survey (USGS) says not to worry due to the type of quake it was and where it happened.
Read more

A series of Earthquakes registering 5.0, 5.3 and 5.4 and accompanying aftershocks were detected by the United States Geologic Survey 230 miles off the Oregon Coast Saturday.
Read more

The hospitality industry in Oregon has an updated tool to help prepare employees, residents and visitors for a tsunami.
Read more

Family Promise of Lincoln County will stage the 2019 Tsunami Run to help the organization continue to serve homeless families throughout the area.
Read more

Everyone, everywhere, should know how to protect themselves during an earthquake. Don’t leave it to luck.
Read more

The Get Ready Lincoln County, Emergency Readiness Fair held at North Lincoln Fire & Rescue District, and put on by NW Natural, taught Lincoln City residents how to prepare for all kinds of disasters.
Read more