Lincoln City Chamber of Commerce – Nominations for Business of the Year 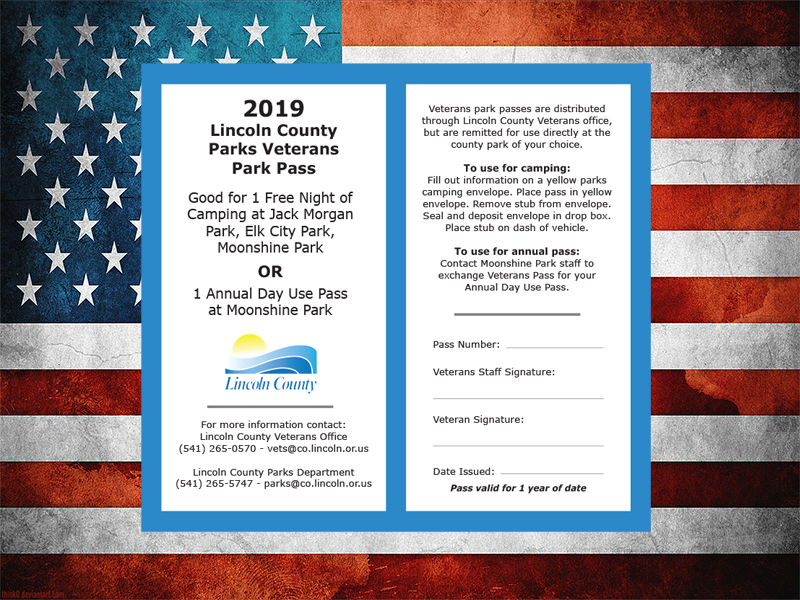 The pass, available to all Lincoln County residents with veterans status, can be claimed at the Lincoln County Veterans Services offices in Newport, and are valid for use for one calendar year.

The idea of a park pass program was instituted by Don Reed, an Eddyville resident who wrote to Commissioners Claire Hall, Doug Hunt and Kaety Jacobson in March 2019. Reed, a veteran who worked in the Lincoln County Road Department for 21 years before his retirement in May, was referred to the Board of Commissioners after proposing the concept to Parks Operation Supervisor Keith Andresen.

“This is a great concept that was brought directly to us from a veteran, and I think frankly many of us were surprised that a program like this didn’t already exist in Lincoln County,” Jacobson said. “Since it is new, though, we’ll spend the first few months seeing how it is received among the community, and then tweak it for the future if we need to.”

Over the next several months, Andresen, Jacobson, Veteran Services Officer Devin Whitaker planned and designed the pass and program.

The program was unveiled Wednesday morning at the Board of Commissioners’ weekly meeting at the Lincoln County Courthouse.

Jacobson, Andresen and Whitaker presented Reed with the first pass and as a larger honorary version.