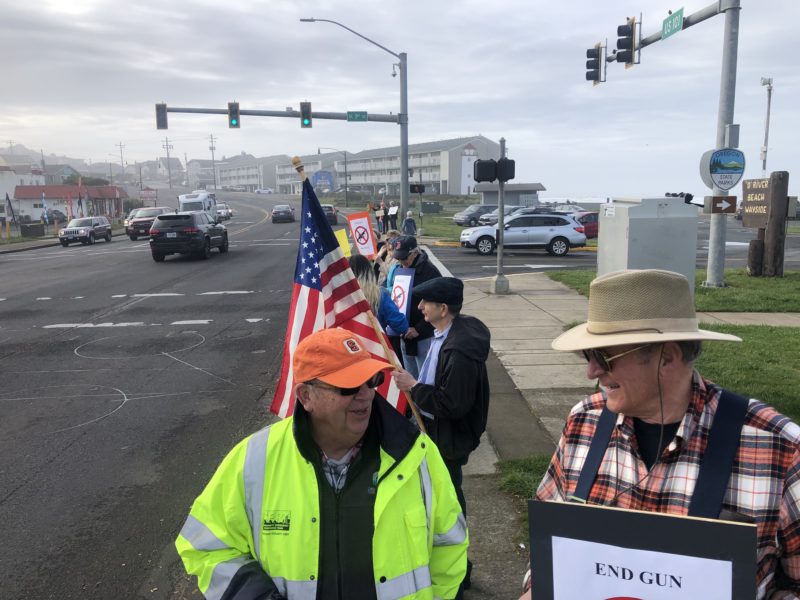 “We had another experience of this yesterday. Another two people — students — killed. This is something that should have ended a long time ago and I think people are starting to take some action.”

The rally was planned and advertised two weeks prior to the Saugus school shooting on Thursday.

Members of Lincoln City’s Congregational Church were out en masse holding signs and speaking to people about gun violence and offering possible solutions, such as universal background checks and removing high-capacity rifles. 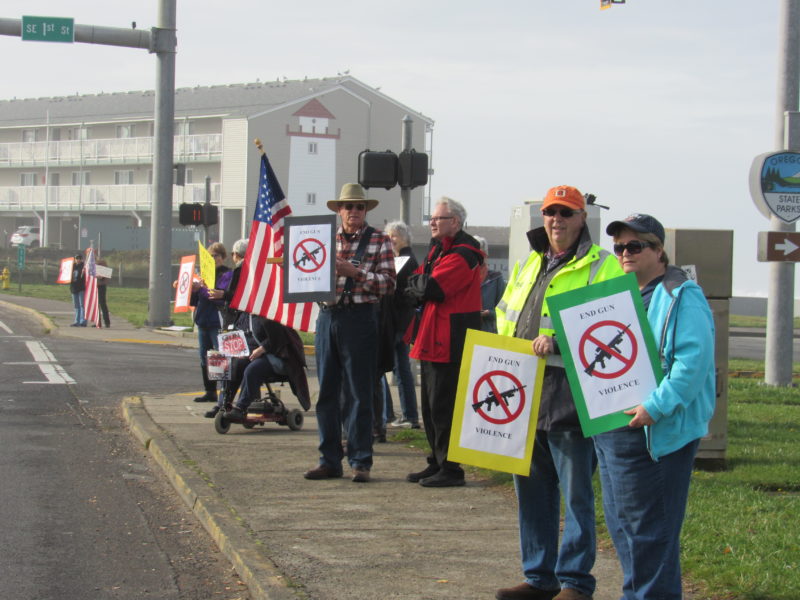 “Our children are dying, among other people, and it’s not the way to solve problems.” Lincoln City resident Jean Altemus said.

According to Roelof, only one individual asked if rally members were trying to “take our guns away,” and after a brief discussion the man left satisfied he could “keep his guns.”

“No one has given us the finger yet,” Roelof said.

Cars honked at the 20 people who participated in the event as they drove by on Highway 101.

“This message goes to the heart of our whole culture,” Former pastor of Congregational Church Charles Busch said. “For those of us standing here, we’re disarming our own hearts.”

Opened in fall 2013 with just three teachers and eight students, educational opportunities for youth in Lincoln City will be enhanced Saturday when the Episcopal Bishop of Oregon dedicates a new building for St. James Santiago School students.
Read more

YOUNG LIFE: Teaching kids how to grow old through Christ

“Young Life’s mission is to introduce teens to Jesus Christ and help them grow in their faith,” Ellis said.
Read more
00:03:03