Paedomorphic salamanders have taken up residence inside Taft Elementary thanks to a future Navy Seal’s Eagle Scout project.

Cooper Fitch, a 17-year-old Taft High student, who aspires to join the Navy’s elite special forces, brought a pair of axolotls to live inside the elementary school’s aquarium as part of an Eagle Scout project with Boy Scouts of America. Since its inception in 1911, only four percent of Scouts have earned the rank of Eagle Scout after a lengthy review process.

The aquatic duo at Taft Elementary have yet to be named, but a competition at the school seeks to remedy that by having each class submit names with the best two being selected by Fitch and his Eagle Scout coordinator. Students have referred to the water-based twosome as “cute” and “lovely” and get to feed the “adorable little animals.”

Owning axolotls is legal in Oregon, and no permit is required. Two states, California and Maine, have made it illegal to own them, saying they are an invasive species and could outbreed native wildlife and cause extinctions.

Axolotls are paedomorphic salamanders closely related to the tiger salamander. They were originally found in a series of lakes in Mexico, but the lakes were drained by Spanish settlers after the conquest of the Aztecs, causing the widespread destruction of axolotl habitats. 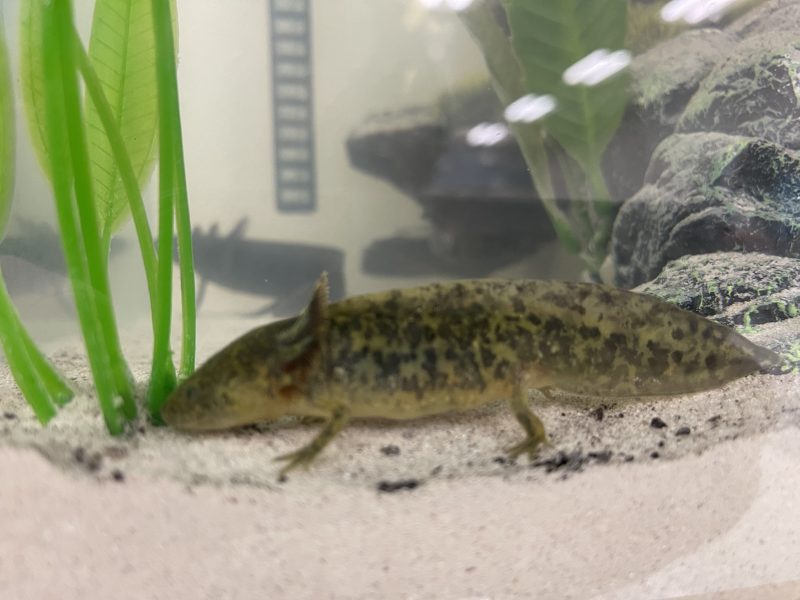 Domesticated axolotl have surged in popularity recently, with people seeking to add these exotic pets to their collections in record numbers and video game makers incorporating them in games such as Minecraft and blockchain-based game Axie Infinity. Conversely, the wild axolotl is close to extinction and is listed on the endangered species list due to humans. They are listed as critically endangered, with approximately 50-1000 adults in existence.

Taft Elementary’s axolotls are the domesticated variety, which Fitch got from Texas and they should live about 15 years.

Due to a lack of a thyroid stimulating hormone, Ambystoma mexicanum generally do not go through a land crawling metamorphosis, so most will live in the water for their entire adult lives.

Axolotls have some unique abilities and are prized by scientists for being able to regenerate limbs, gills and parts of their brains and eyes. They can even have parts transplanted with great success, making them a prime target for researchers looking for ways to increase human health.

Looking to the Future

Fitch, a senior, said he wants to go career military and is willing to undergo the intense mental and physical stresses it takes to join the Navy Seals. He likes to write as a hobby and feels good about giving the school and its students something to enjoy both educationally and personally.

The Eagle Scout hopeful put some thought into what he’d say to future students who will be taking care of the axolotl and said:

“Have fun with them, but pick up the poop.” 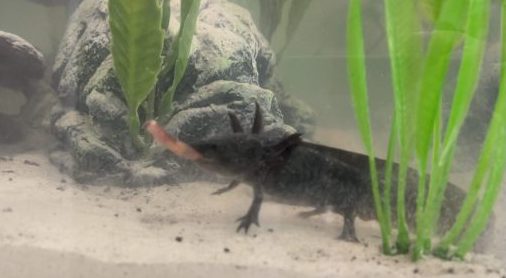 Don Williams contributed to this report.

Check out the Kids Zone version of this post: 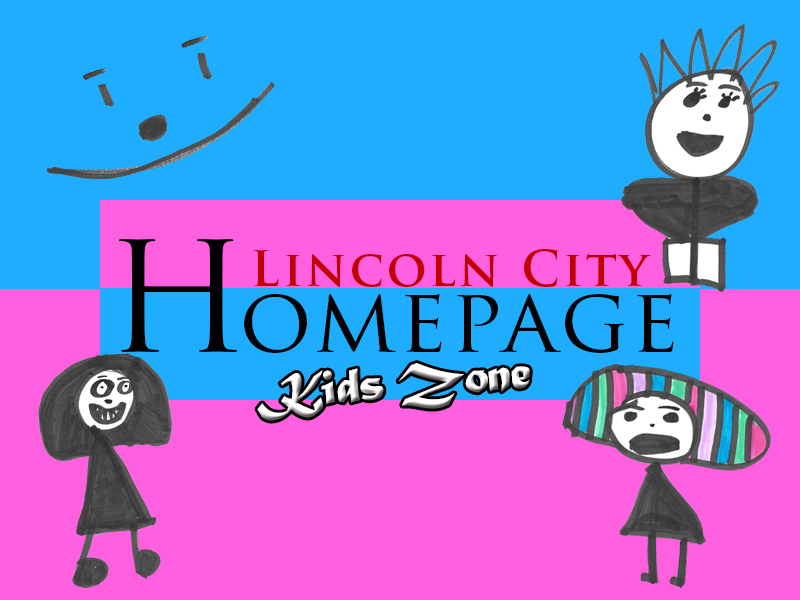 All students were evacuated but all are safe after workers with the Lincoln County School District inadvertently struck a one-inch gas pipe with a backhoe while rerouting a sewer line at Taft Elementary School today.
Read more

A silent auction organized by the Lincoln City Parent Group will be held at the Lincoln City Cultural Center today 6-8 p.m. to raise money in support of Taft and Oceanlake elementary students and teachers.
Read more

"Spooky Spectacular" was a welcome respite from the Halloween rain Wednesday for a record number of trick-or-treaters.
Read more

Getting More Students to Begin their Day with Breakfast To encourage more families to take advantage of the healthy choices available for school breakfast, LCSD...
Read more