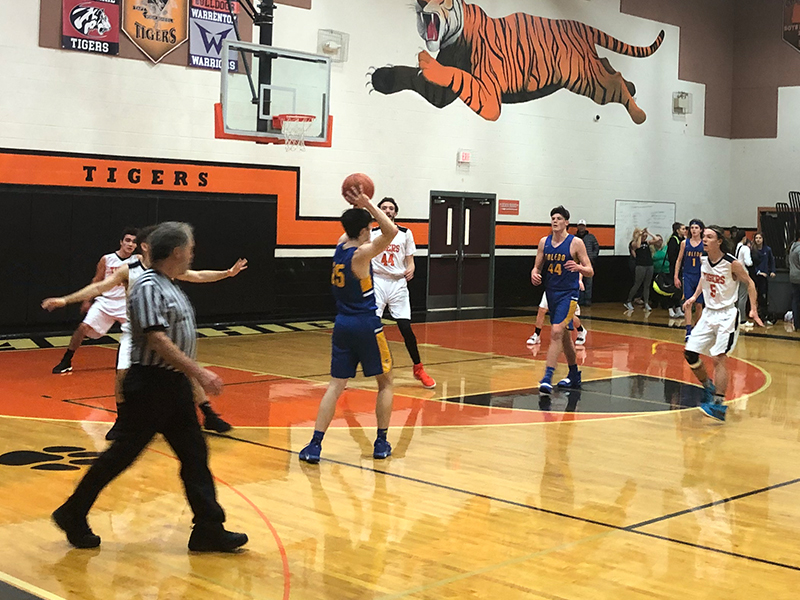 The Taft High boys basketball team fell to No.-1 ranked and undefeated Toledo 85-50 in Saturday’s championship game of the Taft Kiwanis Holiday Tournament.

The Boomers (11-0), the defending Class 2A Sunset Conference champions, defeated Harrisburg 89-49 Thursday and Central Linn 78-54 Friday to advance to the championship game.

The Tigers (5-5) of the Class 3A Coastal Range League, downed Oakridge 55-44 Thursday and Waldport 78-57 Friday to reach the title game.

The Taft girls lost to Oakridge, Waldport and Nestucca in the three-day tournament played at Taft Elementary and Taft High School. Central Linn won the girls title 44-38 over La Pine.

The Taft boys and girls play at Rainer on Wednesday, host Clatskanie on Friday and are at Warrenton on Saturday.

“The Tigers had lofty expectations following the lopsided win over the Waldport Irish in the semifinals of the Taft Kiwanis Holiday Tournament.  Even short-handed, the home team was dominant in the win. While it wasn’t the most complete effort Taft has demonstrated this season, the coaching staff was happy with some growth displayed by the team. The defensive adjustments were smooth, and mostly well executed. The team played faster than most games this season, and successfully finished the game strong, and with good energy.

“Saturday’s championship game started with a detailed strategic plan in the locker room — accidentally interrupted temporarily by the visiting No. 1 team in the state at the 2A level — Coach Townsend of the Boomers had nothing but compliments for the young Tigers as he spoke with me earlier in the day. Impressed with the Tiger defense, Townsend was looking for a quiet space to look at film of the Tiger’s earlier win — advancing them to the championship game.

“Taft, on the other hand, was busy selling candy bars and Gatorade. The concession stand was a way to generate funds to support the Tigers as they travel around the state, playing preseason games, preparing to win the league championship. In the final game of the Kiwanis Tournament, Taft was preparing for league competition with the final game of preseason play.

“Once again, sophomore Fco Ramos would run the point for the home Tigers. Eli DeMello would continue to start as a team co-captain at wing for the home Tigers. At the opposite wing, Jordan Hall would represent the team as co-captain. Seniors William Brooks and low-post Ray Darrington would complete the Tiger starting five. Darrington has yet to play in a game in which he did not record a double-double — scoring at least 10 points, and recording at least 10 rebounds.

“Coach Townsend was complimentary of Darrington’s dominance in the paint. As Ray learns to distribute the ball, and stay grounded on defense, he will find himself in pivotal moments late in games for the remainder of the season — often dominating teams with his aggressive play.  Darrington is not just a scorer,  rather a dominant defensive presence in the paint. Teams should look for ways to eliminate him from the game.

“As a coach, it is important to prepare the team for options. We will find ways to use Darrington to draw the attention of defenses as we bury teams with our outside shooting. We are blessed with multiple weapons from the wings and deep corners. We are looking to challenge teams with our inside-out play.

“Although Toledo exposed our weaknesses, primarily maturity and willingness to share the ball — I feel we learned a great deal from the loss to Toledo. Junior leader, Jordan Hall had a particularly rough outing against Toledo. Jordan tries to take over, protecting the younger kids from the pressure. Unfortunately, Jordan was outmatched by the potent Toledo defense.

“Conviction and fearlessness are the two focal points of the Tiger team this year.  Jordan has no shortage in these two categories. However, trust must be exhibited as well. Hall led the team with five assists in the first half, but failed to distribute in the later parts of the game. The team as a whole, learned that we must lock down on defense, as we won’t likely be able to simply shoot our way to victory — particularly against elite opponents.

“The Fisher cousins, Tyee and Trenton, missed the three home tournament games. When you consider all the personnel challenges the Tigers have faced — a .500 winning percentage is respectable. Tyee has missed most of five games, younger cousin Trenton has been sidelined six. Lucas Hindman has been nursing his broken hand for six games, DeMello was sidelined in the LaPine contest, and Darrington has missed two. Hall and senior Clay Nelson have been the two varsity leaders who have been able to compete in all 10 contests.

“Wednesday begins league play for the Tigers — on the road against Rainier. Some of the coaching staff has watched the Rainier team. They are the reigning state champions on the gridiron, and it is expected that some of that champion mentality will provide an advantage on the court, as well. Taft should match up well athletically and could dominate the interior game with the return of Tyee Fisher complementing the dominant play of Darrington. The Tigers will look to Ramos for continued leadership from his newly appointed role as starting point guard.

“Friday, the Clatskanie Tigers will come to Lincoln City, to play the Taft Tigers in the first league game on Taft’s hardwood. Games will be played Friday at 4:30, 6, and 7:30. The teams will have an early turnaround as they will board the school bus early Saturday for noon games in Warrenton — part of a schedule adjustment to make up the first scheduled league game, postponed due to inclement weather on Dec. 17. 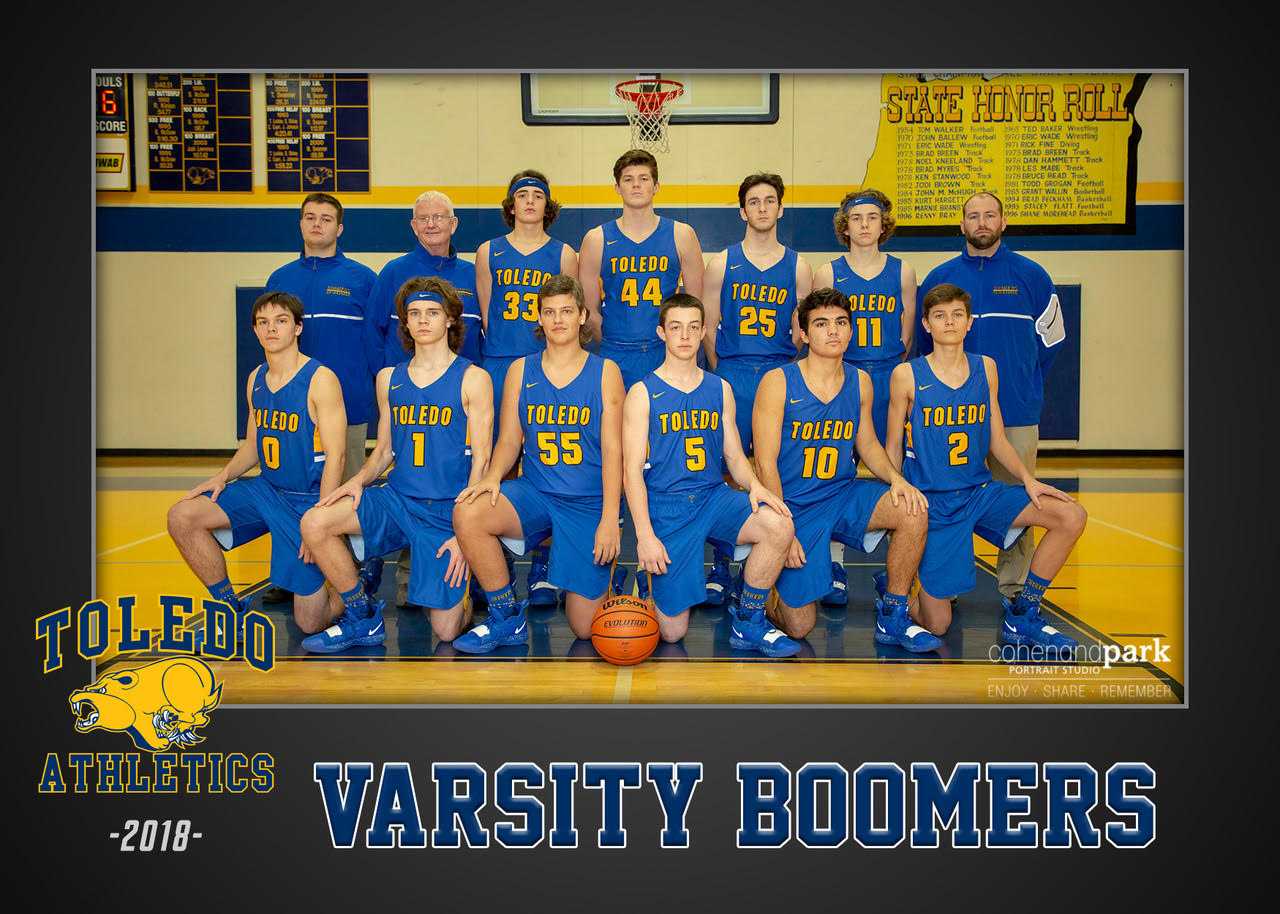