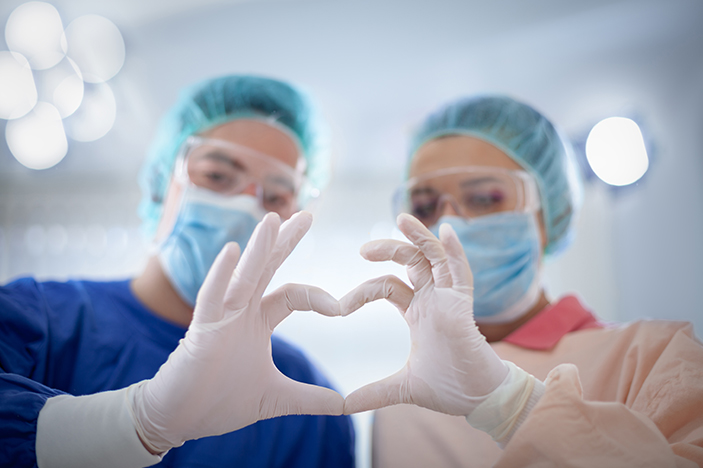 When the top executive at the two Samaritan hospitals in Lincoln County announced that she would make a large financial donation toward her hospitals’ fundraising campaigns, she hoped the gift would plant the seed for further giving by others.

Her hopes are being realized.

“Inspiration is a powerful tool! Soon after William and Lesley announced their gift publicly, I began hearing from others who also wanted to contribute on a large scale,” said Cathy Sandoval, executive director of the North Lincoln Hospital Foundation.

“Our community is blessed with so many men and women who are filled with the giving spirit,” Sandoval added. “They give back to our community by serving on boards, by volunteering time and expertise on important projects, and by making much appreciated financial contributions.”

In explaining the motivation behind their $25,000 gift, Mark Sanders and Chuck Feist of Gleneden Beach commented that they both “feel strongly that everyone in our community should give to the extent that they can. It’s our hospital and we will all need it at one time or another.”

Samaritan Health Services, which is a not-for-profit network of hospitals, clinics and medical services, is funding the replacement of the 50-year-old Samaritan North Lincoln Hospital building, while the North Lincoln Hospital Foundation has the task of raising $7 million toward fixtures, furnishings and equipment for the new hospital. To date, the total raised toward the goal is just over $5 million.

Visit samhealth.org/NewHospitalLincolnCity for more information about the new hospital project.

Despite a nationwide nursing staff shortage and a scarcity of local rental properties, the Samaritan Health Services hospitals in Lincoln County are finding ways to cope.