It’s a small world after all

History — and sheer common sense — said it wasn’t supposed to be like this Thursday afternoon at The Pit in a showdown of highly regarded Class 3A high school baseball teams.

First baseman Jack Stempel drove home three runs, including one in the bottom of the first inning behind winner Caleb King, to get No. 1-ranked Taft off and running to its 11th straight victory — 11-1 over fifth-rated Horizon Christian/Tualatin.

“We came out with lots of energy, hit the ball and Caleb pitched a heck of a game,” shortstop Josh Salsbery said of Taft’s eighth West Valley League win without a loss. “It was a great game all around for everybody.”

Taft flexed its muscle on Senior Night by tallying eight more runs in the third inning and two in the bottom of the fifth in their eighth straight game abbreviated by the state’s 10-run mercy rule.

Apologies to Marvin Gaye and his 1971 classic, but the Tigers, who reached the second round of the State playoffs last season for the first time in 49 years, have now outscored their league opponents 105-3 — or by better than 13 runs per game.

“It’s always more comforting when you’re at the plate knowing you can relax, know your defense is going to show up no matter what, and know the guys behind you are going to have your back,” Salsbery said. 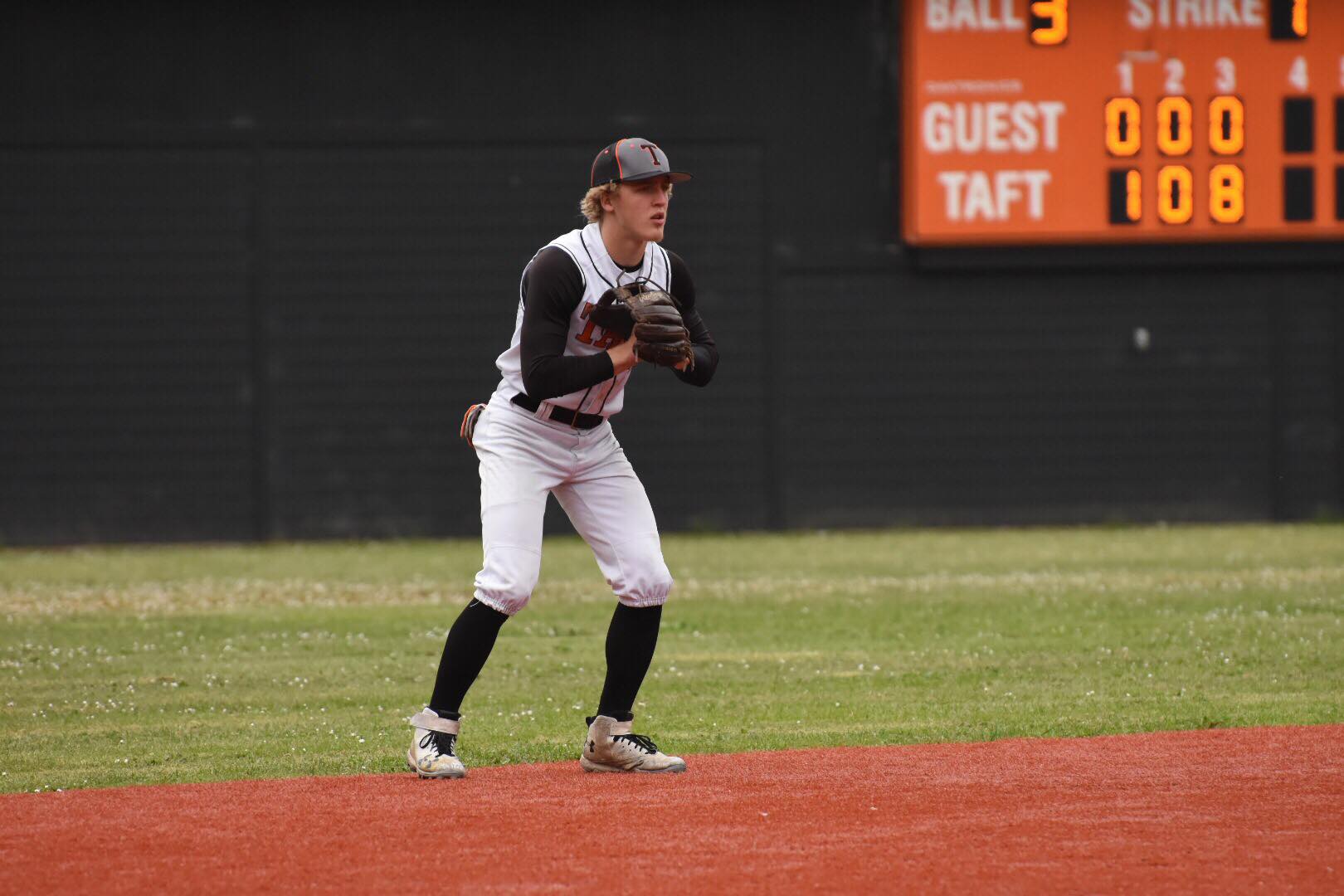 The Hawks (10-4, 4-2) entered Thursday’s game as the last team to hold Taft under 10 runs, which they accomplished more than three weeks ago in a 4-1 home loss on April 3. Taft, which swept its first tour through conference play, stayed unbeaten in the second half of its home-and-home series with league opposition by limiting Horizon Christian to three hits and a lone run in the top of the fifth.

“Our defense showed up and made some outstanding plays in the field to back me up on the mound,” King said of layout and sliding circus catches by sophomore Caleb Jones and junior Tyee Fisher, respectively. “On the offensive side, we did what we always do and put pressure on them. We took care of business today.”

Even the Lincoln City Fire Department, there to cheer on the Tigers, couldn’t cool off the graduating senior triumvirate of tri-captains Salsbery, Stempel and King. They accounted for five of Taft’s RBIs and four of the Tigers’ runs.

“We came out and hit the ball really well and our defense was on lockdown,” Stempel said.

“This was another big win tonight. It’s nice to get a win on Senior Night,” Taft Coach Matt Hilgers said. “We have been a tough team to beat at home, and tonight was another example of us playing some of our better baseball at home.”

King struck out four and surrendered just three hits in notching the win on the hill for the Tigers.

“Caleb threw great tonight, just like he always does,” Stempel said. “It is nice to have a guy on the mound that pounds the strike zone and is so reliable.”

“This was a huge game for us,” said Stempel, whose Tigers built a two-game league cushion over Santiam Christian (12-6, 6-2), which was idle.

“We will be on the road for the next couple of weeks and that is going to challenge us,” Hilgers said. “We are focused on the next game and its importance.”

The Taft Tigers and Waldport Irish scored a combined 122 points at Voris Field in Lincoln City Saturday night, playing non-league eight-man varsity football under the lights with no crowd.