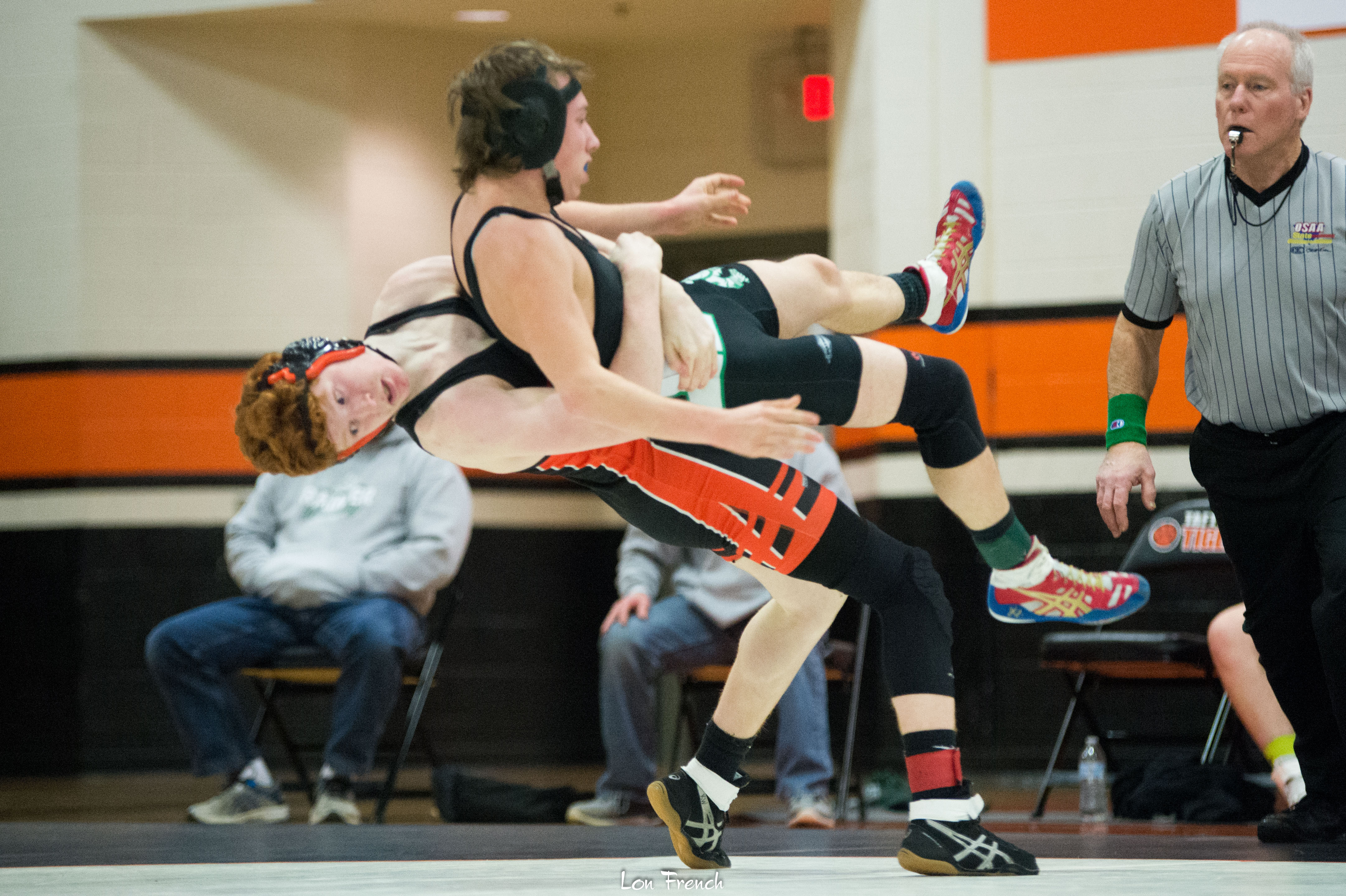 Taft High prepped for its bid to challenge for Special District 1 supremacy and goal of qualifying a school-record six wrestlers for the Class 3A State championships Thursday in its final home match of the season. 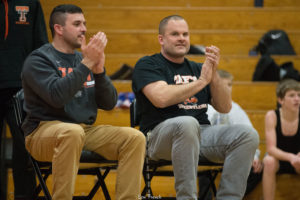 “I’m super-proud of our senior wrestlers tonight,” Taft coach Robb Ellis said as 11 departing seniors saw the final home meet of their careers come and go in the high school gym. “They went out with a bang.”

No team scores were kept in the dual matches against Rainier, Dayton and Amity, but seeding was on the line for the District tournament, Friday, Feb. 15, at Warrenton. The State championships are scheduled Feb. 22-23 at Veterans Memorial Coliseum in Portland.

“Cody Knott got revenge by dominating and pinning a wrestler from Rainier he lost to at Districts last year,” Ellis said. “DeVon Lindquist wrestled tough against last year’s District champion from Rainier in a close and ‘questionable’ loss, but showed he will be going into Districts wrestling well.”

Seniors Jace Fostveit and Eriq Aquino were sidelined with injuries, but Ellis said he is hoping they will heal in time for Districts.

Senior Autumn Barela had the flu and was unable to wrestle, “but may have a spot at boys Districts to keep her career going for one more week.”

Ellis said the match of the night belonged to senior Jacob Mayoral, who beat a State qualifier from Rainier with a third-round pin.

“I’m going to miss all these guys and gal a lot,” he said “We are going to have some big shoes to fill in the room next year.” 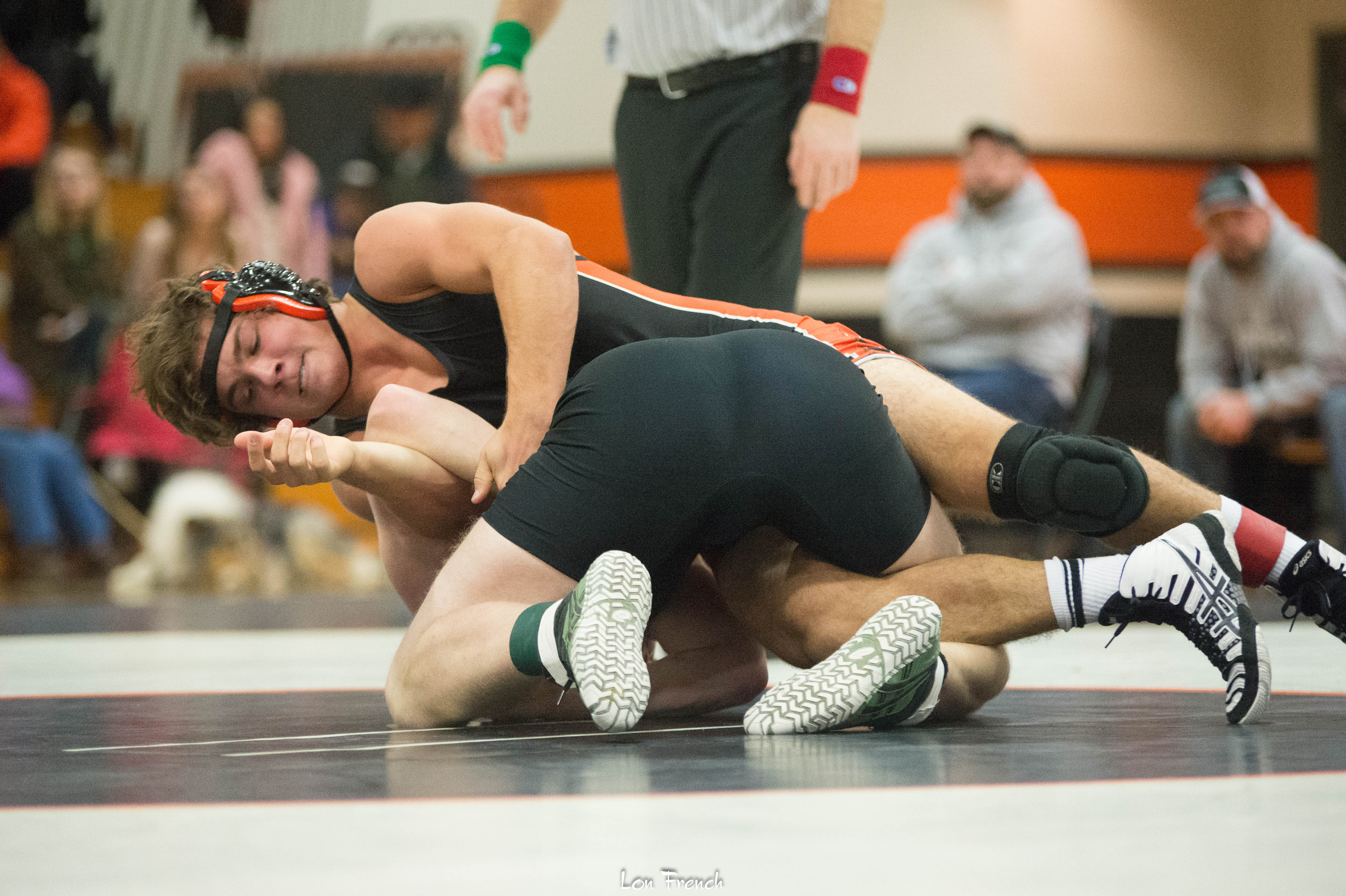 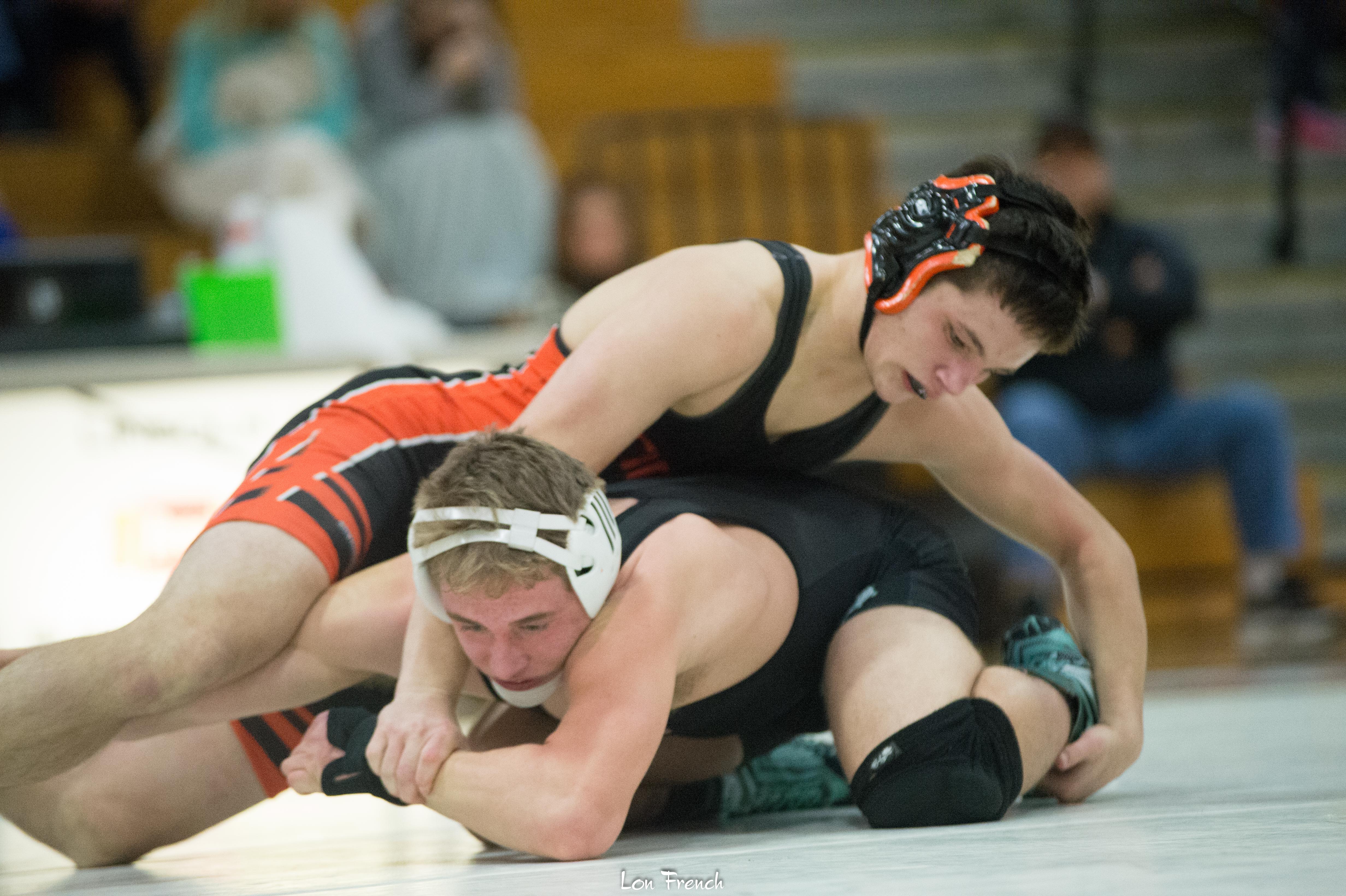 Tiger boys wrestling placed first out of 17 teams at the Class 3A Bill Hagerty Invitational tournament Dec. 21 in Nestucca while the Tiger girls showed teeth at their tournament in Hillsboro.
Read more
Features

The most successful season in school history aside, Taft High wrestling coach Robb Ellis took away much more Saturday from the thrill of watching his kids battle for glitzy medals and glowing accolades.
Read more
Sports

The 138-pound sophomore joined senior Cody Knott by placing at least sixth in a three-overtime thriller to mark the first time in school history that more than one Tiger will take the podium at the OSAA State Wrestling Championships.
Read more
Sports

Taft High hopes the road is paved with gold – not ice – as it travels to Portland today to compete in the Class...
Read more
Sports

Saying they were “getting our win on at Districts,” Taft High stood in second place Friday night following the first day of action in the Class 3A Special District 1 Wrestling Championships at Warrenton.
Read more
Sports

Robb Ellis spent last year learning the ropes as a first-time head wrestling coach. This season, he’s trying to lead his team to a school record for success and satisfy some lofty expectations.
Read more