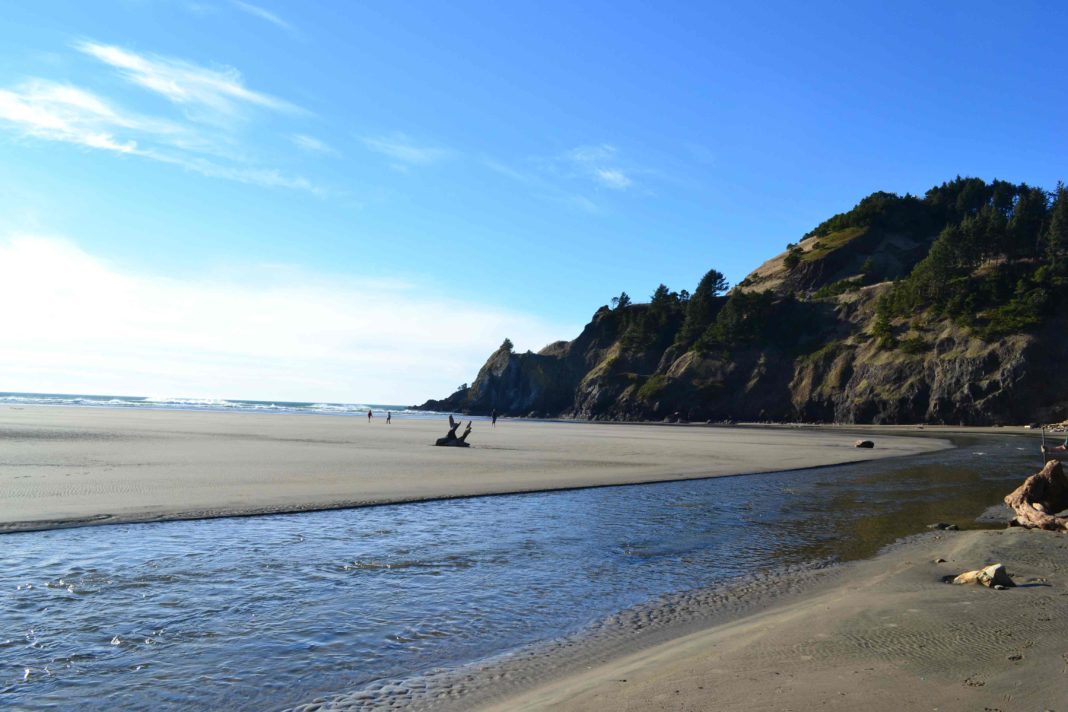 Results from later samples taken by the Oregon Department of Environmental Quality (DEQ) showed lower bacteria levels. Contact with the water no longer poses a higher-than-normal risk. However, officials recommend staying out of large pools on the beach that are frequented by birds, and runoff from those pools, because the water may contain increased bacteria from fecal matter.

State officials continue to encourage other recreational activities at all Oregon beaches, suggesting only that water contact be avoided when advisories are in effect.

Since 2003, state officials have used a U.S. Environmental Protection Agency grant to monitor popular Oregon beaches and make timely reports to the public about elevated levels of fecal bacteria. Oregon state agencies participating in this program are OHA, DEQ and the Oregon Parks and Recreation Department.

For more information, visit the Oregon Beach Monitoring Program website at www.healthoregon.org/beach or call 971-673-0440, or call the OHA toll-free information line at 877-290-6767.

Water samples indicate higher-than-normal levels of fecal bacteria, which can cause diarrhea, stomach cramps, skin rashes, upper respiratory infections and other illnesses. People should avoid direct contact with the water in this area until the advisory is lifted. This applies especially to children and the elderly, who may be more vulnerable to waterborne bacteria.

Increased pathogen and fecal bacteria levels in ocean waters can come from both shore and inland sources such as stormwater runoff, sewer overflows, failing septic systems, and animal waste from livestock, pets and wildlife.

While this advisory is in effect at Agate Beach, visitors should avoid wading in nearby creeks, pools of water on the beach, or in discolored water, and stay clear of water runoff flowing into the ocean. Even if there is no advisory in effect, officials recommend avoiding swimming in the ocean within 48 hours after a rainstorm.

Although state officials advise against water contact, they continue to encourage other recreational activities (flying kites, picnicking, playing on the beach, walking, etc.) on this beach because they pose no health risk even during an advisory. Neighboring beaches are not affected by this advisory.

The status of water contact advisories at beaches is subject to change. For the most recent information on advisories, visit the Oregon Beach Monitoring Program website at http://www.healthoregon.org/beach or call 971-673-0482, or 877-290-6767 (toll-free).

Since 2003 state officials have used a U.S. Environmental Protection Agency grant to monitor popular Oregon beaches and make timely reports to the public about elevated levels of fecal bacteria. Oregon state organizations participating in this program are the OHA, Department of Environmental Quality, and Parks and Recreation Department.

Day-trippers swarmed the Central Oregon Coast this weekend, where thousands escaped tumultuous Portland, the steaming Willamette Valley and blistering Central Oregon. Lincoln City was beset by mile-long traffic jams, but the reward was apparent when we talked with four people on a breeze-swept beach.