The Lincoln City Pack 47 Christmas Carnival was a kid friendly event held at the North Lincoln Fire & Rescue station and it featured a bunch of cool games for kids to play. Pack 47 was collecting canned food at the door for the Backpacks for Kids program.

It was a well organized event with scouts running the booths. A bag of tickets was given to kids for the different games so they could win prize tickets that could be spent on some quality prizes. 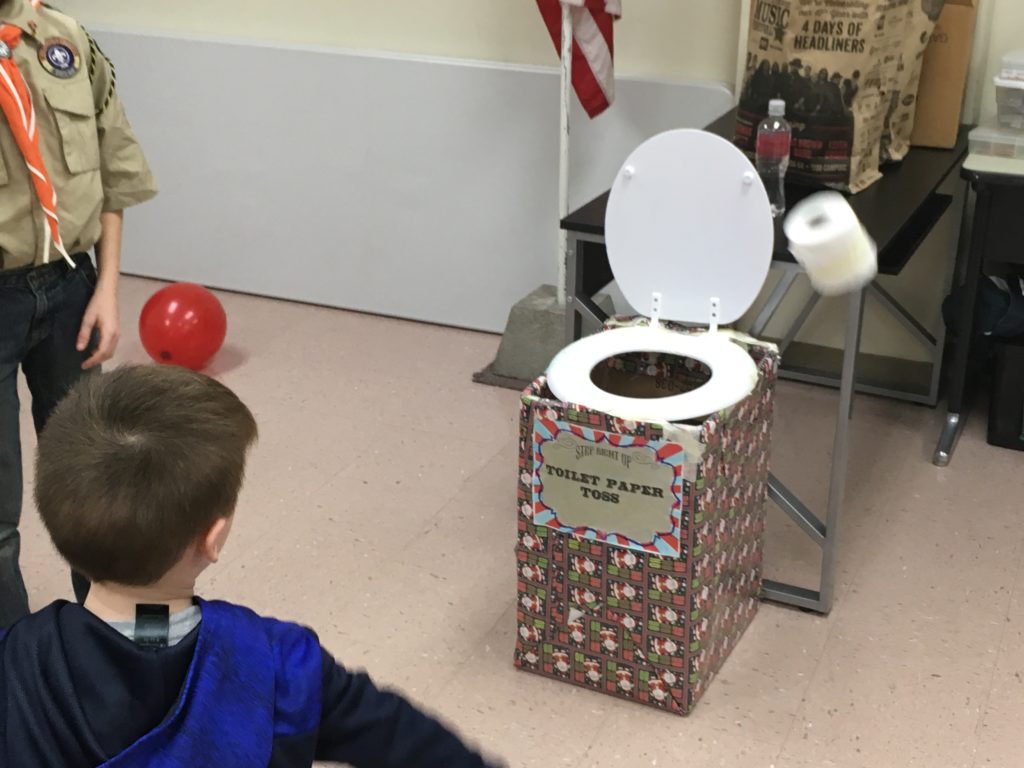 This game tasked participants with throwing rolls of TP into a Christmas present with a toilet seat on it. The more times you made it, the more tickets you won. It was funny to see the kids looking down into the toilet seat to see what was in there. 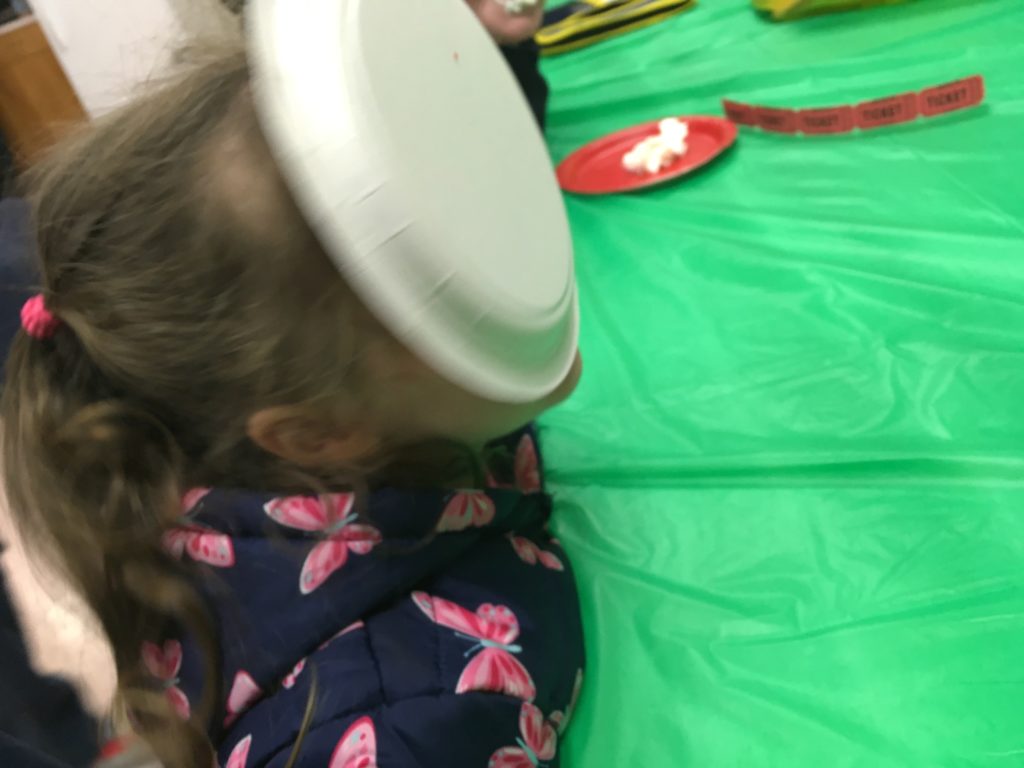 Contestants in this game had to race against an opponent to eat the gummy bear at the bottom of a pile of whipped cream with their hands tied behind their back. This was a very funny event to watch as every contestant inevitably came up from their plate with some amount of whipped cream on their face, neck, or hair. 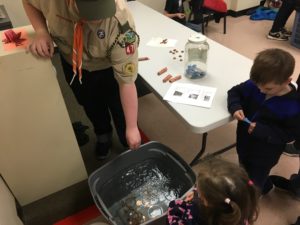 Dropping a penny into water and making it in a jar seems like an easy feat to accomplish but after watching multiple attempts one can see it is not that easy. Participants that were sure they would win came up empty because of the science of water when pennies hit it. Even from six inches the penny would jump around like a fish in the water. 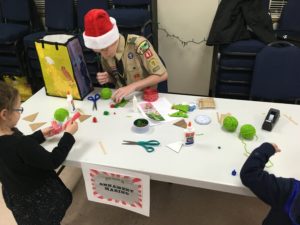 Making Christmas ornaments with a Boy Scout was a nice change of pace for the kids and they were making some really great ones. Crafting was done by wrapping a triangle piece of cardboard with green yarn and gluing a Popsicle stick to make a tree. Then they decorated the tree with green and red fuzzy balls and the result was instant masterpieces. 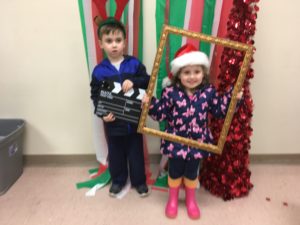 Christmas pictures were available and the props were great. The background was well done and having a spot for pictures was a great idea. The Photo Booth reminds parents that its not guaranteed that your kid is going to smile. Not even when you do your funniest thing. 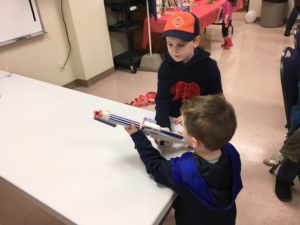 This game had the longest continuous line due to its popularity. Everyone wanted to prove their sharp shooting skills with the Nerf Guns. Shooters took aim and fired at Popsicle stick targets or a drawn target on the white board. The number of points scored translated into how many tickets you got. It was fun watching the scout dad catch errant “bullets” as they bounced off the target. 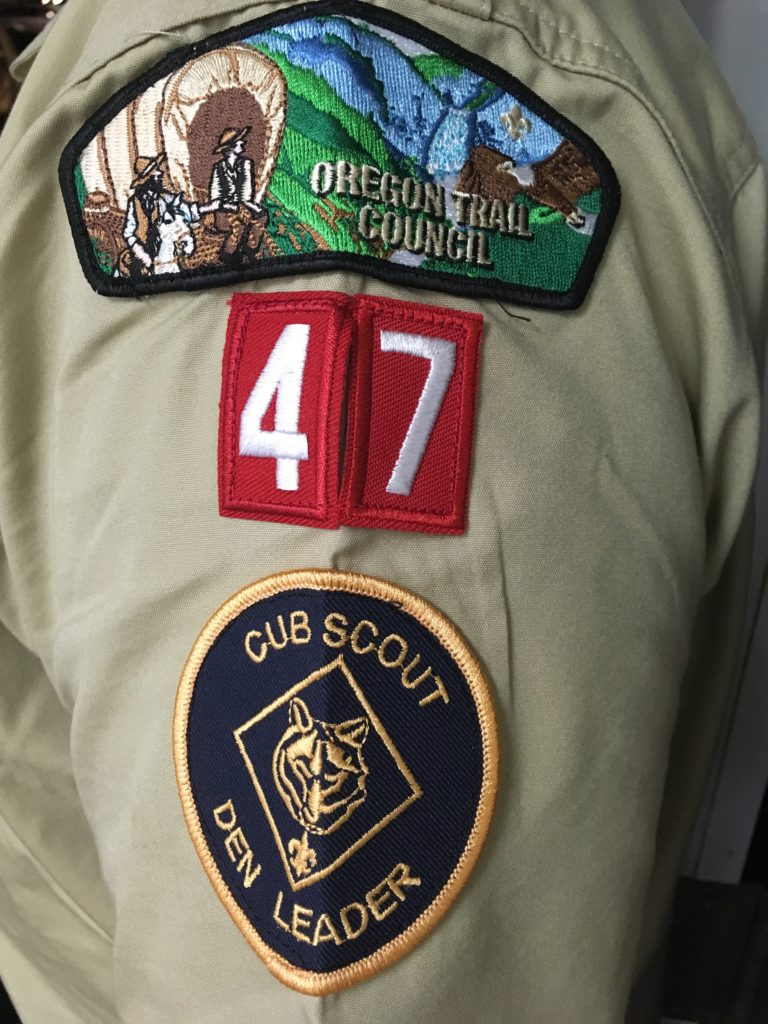 This was a great opportunity for the community to hang out with scouts and win some prizes doing fun stuff. Highly recommended you add this to your list for next year. 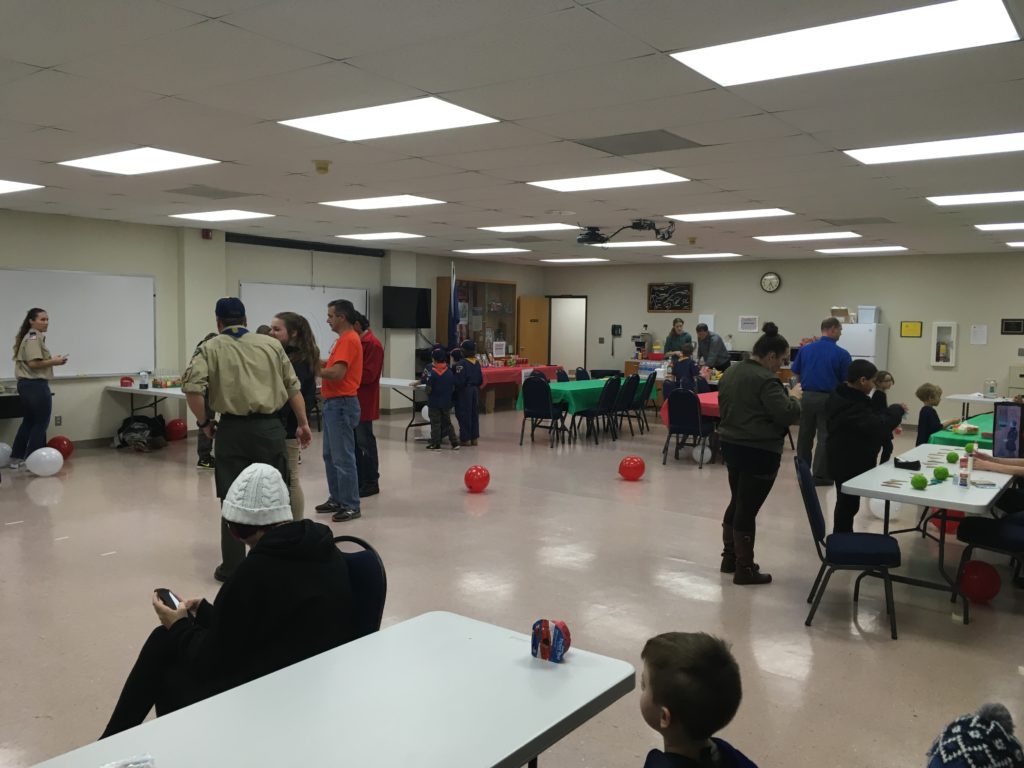