Russell L. Baldwin is running for circuit court judge in the May 15, 2018 primary election.  The primary race will bring a rare opportunity for voters of Lincoln County to vote for their Circuit Judge, District 17, Position 3. 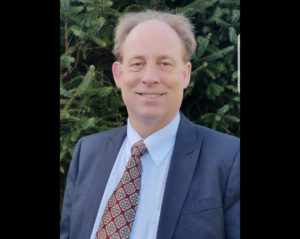 Baldwin is running to bring more justice to Lincoln County’s citizens, he says. Baldwin is a local attorney from Lincoln City, Oregon. He brings 30 years of court experience as a civil litigation attorney, both at trial and on appeal.  Baldwin stated, “It is rare that voters get the opportunity to vote for their local judge, as they are typically appointed by the governor and usually no one challenges the incumbent.”

Baldwin’s campaign will focus on clearing the civil docket and providing timely hearings and decisions. Currently there is a backlog of civil disputes which remain unresolved. Local citizens currently are not getting their civil cases heard in a timely manner according to Baldwin and he further stated he intends to bring his vast knowledge of civil law to the courthouse to insure fair and just rulings under the law for the citizens of Lincoln County.

We have known Tom Branford for over forty years

We have known Tom Branford for over forty years. He is honest, hard working, and down to earth. He is also a dedicated family man.
Read more

I am endorsing Russ Baldwin, attorney for Lincoln County Judge this May 15th!  In the 35  years that I have known Russ Baldwin personally, he has always been polite and respectful towards me.
Read more

Letter to the Editor ~ From Marc Courtenay

Having read many articles, editorials and having listened to radio interviews of both Judge Branford and Attorney Russ Baldwin, I feel it's my civic responsibility to candidly express my support of Russ Baldwin for the position of Judge in Lincoln County.
Read more

Russ Baldwin, attorney, who is running for Circuit Judge, Pos. 3, has a passion for fairness and for justice under the law for all of us regular people.
Read more