Oregon State Police say a son used his truck as a weapon against his father after an altercation while driving on Independence Day, nine miles east of Waldport.
Read more
Local News

WALDPORT — State Trooper Zach Taylor was sent to an accident scene 15 miles east of here May 8 at 7:53 a.m., where he found a vehicle on its side in the westbound lane and “multiple alcohol containers” spilled across Highway 34.
Read more
Crime 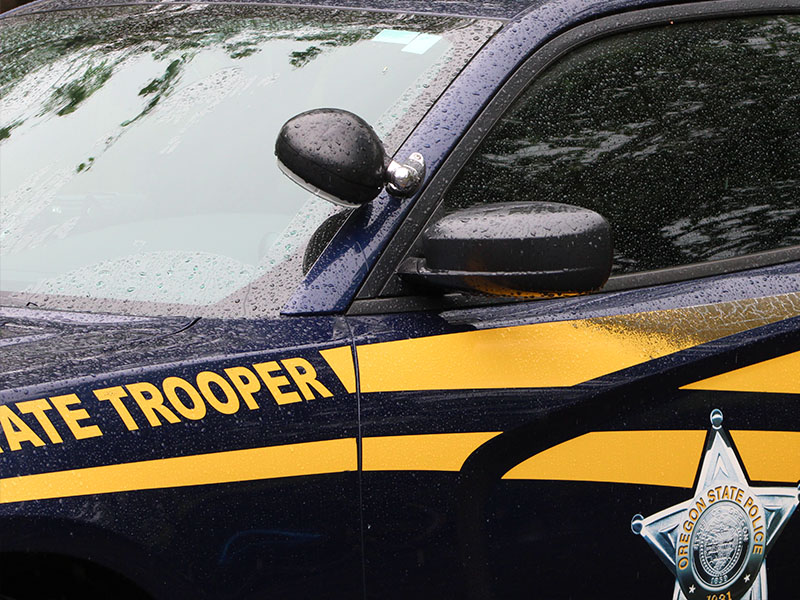 NEWPORT — State Fish and Game Trooper Andrew Butler didn’t have to run down the suspect in a case of alleged poaching on the Siletz River — instead, he found Mosher A. Hall, 37, of Siletz, at the county jail.

“OSP received information of a subject retaining steelhead on the Siletz River on May 5, 2020 and again on May 4, 2020 while the subject did not possess a valid 2020 Resident Angling License or Combined Angling Tag,” reported Butler. “On May 5 the subject was contacted at the Lincoln County Jail where he was interviewed and subsequently issued cite and release citations.”

A section of NE West Devils Lake Road will be partially, then fully shutdown while Stayton-