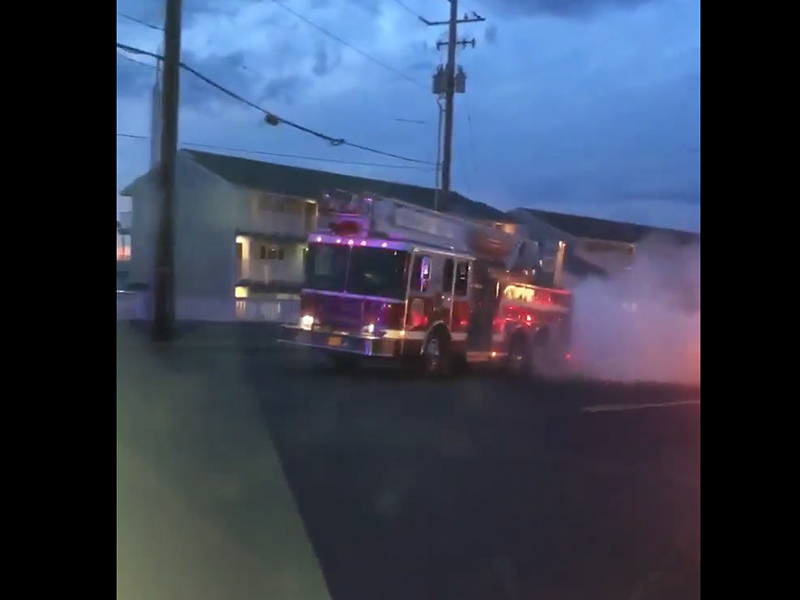 UPDATED: In information provided in an email Tuesday from North Lincoln Fire & Rescue spokesman Jim Kusz, Maintenance Division Chief Dave McKee said the smoke seen from the ladder truck was from oil leaking into the exhaust.

There was no fire and the belief this morning is that oil leaked into the turbo unit, producing the smoke seen coming from the truck.

Ladder 57 is out of service until repairs can be made.

A North Lincoln Fire & Rescue ladder truck returned to the station Monday night billowing white smoke that clouded downtown traffic near the Dorchester House before catching fire at the Inn at Spanish Head.

“Something blew,” a firefighter said. “We heard something blow off. We lost all power, so we pulled over at Dorchester.

“We had a ton of white smoke coming out. You couldn’t see anything behind us all the way through town. It was a big driving hazard for everyone else on the road.

“We just got to the top of the hill by the Inn at Spanish Head when we heard another pop and there was fire coming from the officer’s side. We stopped and shut it off again. There was oil everywhere.”