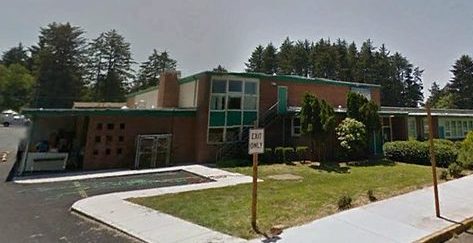 Saying, “I don’t need to be a hero, I just want change,” a local elementary school parent has embarked on a crusade for reform in Lincoln County School District policy aimed at improving student supervision, administrator communication and child safety.

“I won’t stop until it does,” said Tiffany Hill, whose Oceanlake Elementary School kindergartener’s unsupervised bathroom trip has led to an Oregon Department of Education (ODE) investigation into an incident involving alleged sexual misconduct last spring.

“I am so overwhelmed for these kids,” Hill said. “My overreaching goal is to see a positive change, smaller classroom sizes and better support for our staff at the school. Change has to happen. I have a fire and a desire in my heart.” 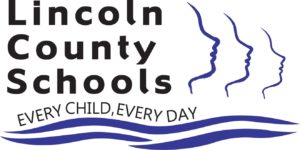 ODE has opened an appeal regarding complaints of sex discrimination and harassment in education that alleges the Lincoln County School District (LCSD) and Oceanlake administrators “did not conduct timely, fair and impartial discrimination, harassment, bullying and intimidation investigations” nor “remedy a hostile environment after complaints were made.”

The incident occurred after three young boys went unsupervised from their gym class for approximately 20 minutes on March 12, 2018, and allegedly exposed themselves and engaged in inappropriate sexual behavior in a school restroom.

“All of our children deserve to be valued and feel safe,” Hill said, adding that she doesn’t feel her child’s security was considered a priority after she waited nearly four hours to be notified of the incident. “A school day should not have these burdens. All children have a right to go to school and feel safe and to be able to learn without being stressed out all the time or worrying if they will be sexually harassed.”

Buoyed by overwhelming public support in a social media post, Hill defended sharing the details surrounding the incident’s handling. The issue is expected to be addressed in public forum April 9 at the regular session of the Lincoln County School Board.

“More and more parents are telling me stuff that my heart is so heavy for these kids and parents I no longer feel bad for going public,” she said. “Can you imagine if we didn’t share my story how many parents would think they were alone in this?”

ODE announced its appeal in a letter to LCSD Superintendent Karen Gray dated March 12, 2019. Prior to receipt of the notification, Hill communicated numerous times via email with Gray and Oceanlake Principal Sandy Mummey.

Gray apologized to Hill and assured her nothing like the “terrible incident” would happen again. Gray said the failure to supervise was a serious oversight of District policy and protocol.

“Because it caused a terrible incident to occur, the school could not be more sorry that it happened,” Gray said. “Failure to supervise is very serious to all of us.”

After conceding that the incident violated District standards, Gray told Hill that Mummey had addressed the unsupervised time with her staff and that it was dealt with to the fullest extent of personnel procedures, which she said she could not share under Human Resource confidentiality rules.

Gray said a teacher from another LCSD school was terminated earlier in the year over poor supervision practices. She said Mummey instituted a restroom procedure of sign-outs in response to the incident and that no similar events had occurred.

Gray made several other overtures to Hill to help resolve the situation.

“We know that we must always supervise our children and keep them safe,” said Gray, who said she met with Lincoln City Police detectives, a representative from the Lincoln County Children’s Advocacy Center (CAC) in Newport and Oceanlake staff. “We are going to do better parent education regarding developmentally appropriate child behavior versus deviant sexualized behavior and let parents and staff know how that is handled.”

Gray also told Hill that the District would have a CAC representative attend an all-admin meeting in April “to talk about what they do, and also what is appropriate-and- developmental student behavior versus what is not.”

“I think we can do a better job,” she said. “In addition, we are creating a student threat assessment in order to respond to sexually motivated threats versus physically harmful threats. [The] Salem Keiser [School District] has created a template procedure we can use. So, lot’s going on.”

In an email issued to the media Thursday, Gray said:

“The LCSD administration and superintendent have communicated and met at length with Ms. Hill in order to resolve issues. This included a meeting with the Children’s Advocacy Center. For your information, we have also met with the CAC and local law enforcement about the topic. We realized that the education of staff and parents is key.

“On April 9 at an all-admin meeting the CAC will be providing further training to our staff. We have offered to continue meeting with Ms. Hill to no avail. As the District, we are under strict FERPA [Family Educational Rights and Privacy Act] and confidentiality laws and we cannot comment about details publicly when they involve students and families.

“We look forward to working with the ODE at this point because the District appears unable to resolve this matter sufficiently with this parent. Social media is never the way to determine the truth in any situation in my opinion. It is one-sided and the District does not participate.”

Meanwhile, Hill and Laurie Porter, whose 5-year-old son was also involved in the incident, said any subsequent incidents of a similar nature should be addressed with immediate contact of the child’s parents.

Hill thanked the community for its overwhelming support and expressed how difficult it has been to go public with her concerns.

“There needs to be immediate changes made to existing policies or create new policies and procedures to be followed for situations like my child experienced,” she said. “I’m speaking out for all the children at Oceanlake. I am not naive to the social and behavioral challenges our teachers and schools have today.

“Staffing, funding, assistance and pay issues are not new in the school system, but it is affecting our children in a negative way. I appreciate their challenges, but we are not giving these issues enough consideration.”

LCSD under investigation for handling of alleged sexual misconduct incident

Recently contracted bus company First Student is starting a pilot program in Toledo for its tracking app for Lincoln County School District students with plans to implement to all schools in coming weeks.
Read more

The public is invited to attend Oregon Coast Community College Board of Education and Lincoln County School District’s Board of Directors joint work session Tuesday, Sept. 24, at the Teaching and Learning Center in Newport.
Read more

In an effort to improve equity and use of technology in its schools, the Lincoln County School District will provide a wireless device and free internet connectivity for high school students who do not have reliable Internet access at home.
Read more

Students without a reliable source of transportation will enjoy greater mobility and security to attend after-school functions, travel to work and shop and explore...
Read more
BREAKING NOW