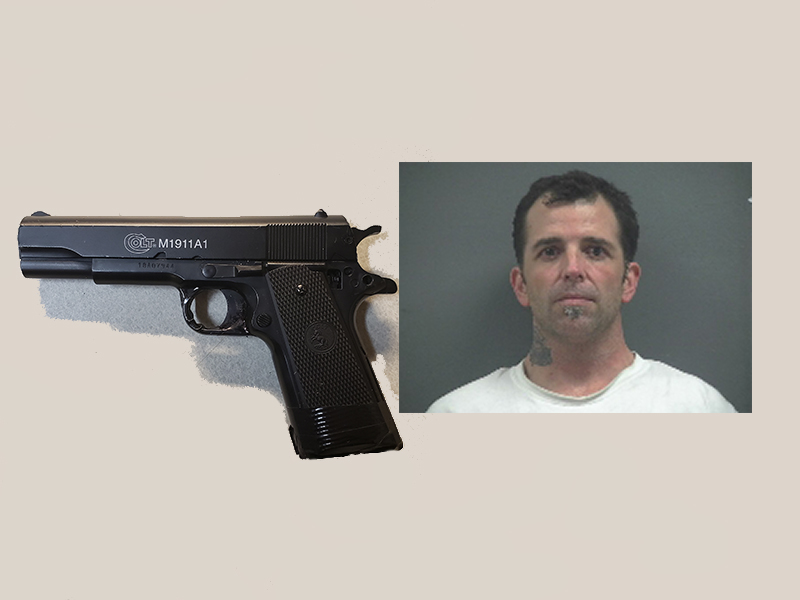 Lincoln County Sheriff’s deputies responded to a report of an armed robbery Monday morning at Rose Lodge Market in Otis, where a man attempting to steal batteries, brandished a black handgun and fled the scene in a vehicle.

The vehicle was located at a Grand Ronde residence and 41-year-old Jared May, of Otis, was taken into custody for menacing and unlawful use of a weapon. May was transported to Lincoln County Jail and awaits pretrial arraignment with a bail set at $65,000.

A Lincoln County Sheriff investigation revealed the weapon to be a black pellet gun closely resembling a real semi-automatic handgun. It was also determined the man had hid the batteries in another part of the Rose Lodge Market.