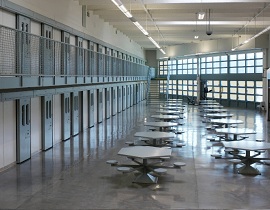 Operating on the presumption that all individuals are innocent until proven guilty, the “Lincoln County Pretrial Justice Program” has been established to assist defendants and manage the inmate population prior to trial.

“The Pretrial Justice Program is an effective way to manage the inmate population in the jail to prevent overcrowding while making sure people show up for court and do not commit further crimes,” Lincoln County Sheriff Curtis Landers said.

The goals of the program are:

If approved for release into the program, defendants will be monitored by the pretrial specialist to ensure they are following the conditions as outlined by the judge. They will receive phone reminders prior to their court appearances.

The Lincoln County Jail has approximately 50 percent of the inmate population on pretrial status. Through the process of building the Pretrial Justice Program, the hope is to reduce this percentage to then allow beds for those who must remain in custody.