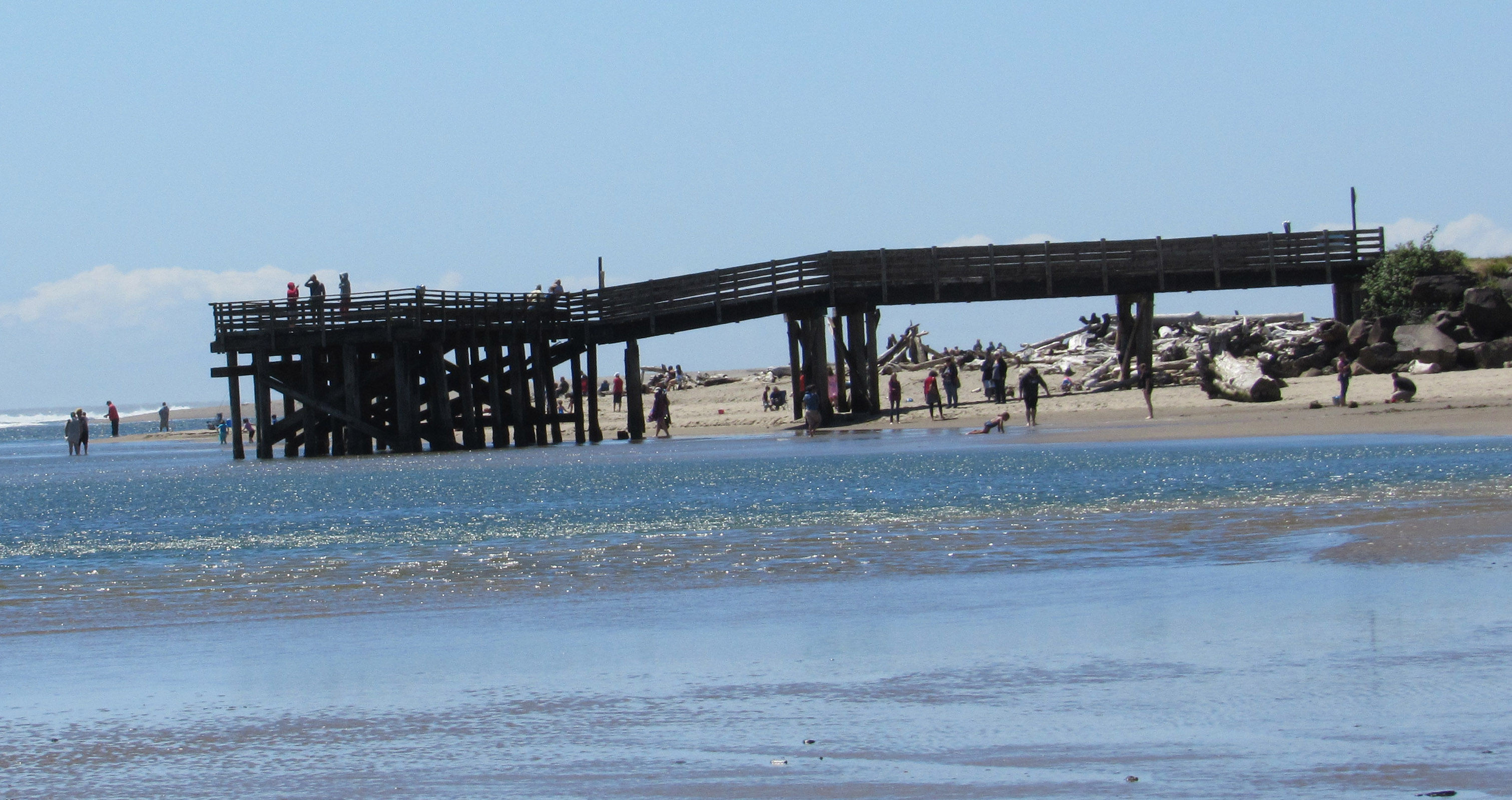 Lincoln City Councilors passed a vote Monday to award a construction contract to Bergerson Construction, Inc. for $450,000 to fix the Siletz Bay Taft Dock. Bergerson is slated to begin work at the end of September and is expected to take two months.

Public Works Director Lila Bradley said the decking and railings need to be replaced. Replacing large beams and adding concrete sleeves to the pilings was also deemed necessary after recent storm damage that occurred from logs hitting the dock.

The Taft Dock is considered safe in its current condition after being examined by city engineers. FEMA funds have been previously used to make repairs to the dock for approximately $10,000. The dock is maintained by the city Parks Department and is considered by many to be a primary tourist attraction.

Bergerson completed a $4,500,000 dock restoration project in 2013 for the City of Astoria. The entire pier was removed (including extraction of over 200 piles) over a month to meet a very limited in-water work window. The award-winning project was completed ahead of schedule and under budget.

Bradley said the wood removed from the dock will be saved and possibly used in future projects. Mayor Don Williams offered to buy some of the old railing, recognizing the historical significance of the dock.

The dock will be Americans with Disabilities Act compliant and the city has plans to add electricity to the dock in the future.

The following is an excerpt from that publication:

A shipping dock was first built on the Taft waterfront (possibly on this site) sometime in the early 1920s. In 1928 or early 1929, the Port of Newport constructed a new dock at Taft. Apparently, the dock’s presence altered the bay’s current, causing a washout of Pacific Avenue. Citizens from Taft, led by then County Judge Fred Robison, successfully lobbied the port to construct a 600-foot-long wooden bulkhead to remedy the problem.

In the 1930s, the Taft dock was a hub of activity. Lincoln County Logging Company’s tugboats Chahunto and Dodeca (used to tow log rafts out of the Siletz Bay) were often docked there. Also at this time, Bob and Al Mclvlullen ran a boat rental operation at this dock.

A new dock was constructed by Russ Bailey at or very near this site of a previous dock in 1946. Originally, Bailey’s dock had a small “fishing shack” that later expanded into a restaurant. A building was later added in which Bailey rented boats and crab pots and sold tackle and bait. Prior to the establishment of a Coast Guard station in Depoe Bay around 1958, Bailey claimed to have rescued twenty-nine people from the treacherous Siletz Bay bar. On Memorial Day 2000, Russ Bailey, longtime owner-operator of the Taft Dock Moorage, was honored for the 28 rescues he performed near his dock at the mouth of the Siletz River.

A pioneer resident who lived in Taft from 1918 to 1933 ranked its importance as a landmark in a 1994 interview. “If they took the Taft dock away, I don’t think I would recognize the place no more,” he said.

The nearby land (including the site of Mo’s) was owned by the Port of Newport until it was deeded over to Lincoln City in the 1970s or 1980s. Mo’s has had a presence near the dock since the early 1960s. The present-day Mo’s restaurant at the dock was constructed in 1984-85.

Perhaps North Lincoln County’s full-fledged entry into the automobile age could be pinpointed to March 14, 1926. On this day, the oceangoing freighter Roamer called on Siletz Bay for the final time. The Roamer was the very last of many privately owned freighters that regularly called on small Oregon Coast ports to pick up and deliver freight and passengers. When it tied up to the Taft dock, it took on canned salmon from Gertula’s Kernville cannery as well as Astoria-bound lumber.”

The departure of The Roamer for the final time marks the beginning of the end of the waterfront (present-day 51st Street) as Taft’s primary business district. With the completion of the highway, Taft’s port of entry for both goods and people moved away from the waterfront to the highway. Transporting goods and people was far cheaper and faster by auto and truck than by boat. In the automobile age, Highway 101 became the main street for Taft and all the other Oregon Coast communities on its route.

–From the Lincoln County Historical Society

A writer has said he and others have not been satisfied with the last two Mayors and if we, perhaps, would pay a Mayor we might have a better result.