A brutal schedule is nothing new to the Taft High football team — but playoff aspirations are — and confidence abounds as the Tigers prepare to open the season Friday at Voris Field against perennial power Harrisburg.

“Even though our schedule is loaded with playoff teams from last season, we feel we have gotten better and are in a position to make a bid for the playoffs,” head coach Jake Tolan said. “Our main goal is to make the playoffs.”

Class 3A Special District 1 West member Taft was outscored 42-19 on average last season while going 1-8 without a league victory but faced seven State playoff teams. This year’s schedule mimics last season’s, but Tolan insists the Tigers “look forward to competing against those schools again and testing who we are as a team.”

The examination will take little time to get started for the Tigers with a 7 p.m. kickoff against the Class 3A SD2 Eagles, who defeated seven opponents by an average of 37-23 last season and made the 16-team State playoffs. Harrisburg, which defeated Taft 60-29 at home, fell to Cascade Christian in the first round to finish 7-3, while the SD2 South champion Challengers marched all the way to the State title game before falling to SD1 West winner Rainier.

“We are very excited about the upcoming season,” Tolan said. “We have a strong group of leaders who are really buying into our concept of ‘team-first’ football.” 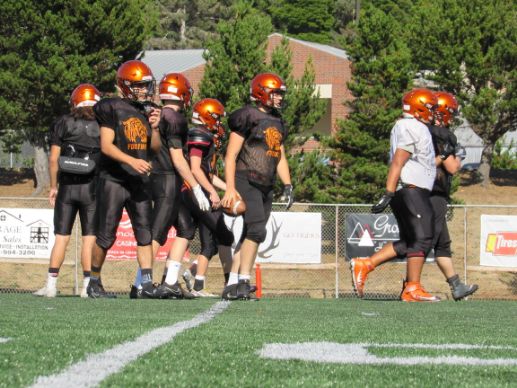 Foremost among the returners are running back/linebackers Logan Gilleo, Trenton Hall and JJ French, alongside wide receiver/defensive backs Fco Ramos and Darius Smith. They will be joined by “experienced” newcomers Jordan Hall and Trenton Fisher, who played as freshmen, but haven’t played since.

“Both have put in a lot of work this summer and both will start as receivers and on defense,” Tolan said. “They give us more depth, maturity and versatility on both sides of the ball.”

The 6-foot, 195-pound Gilleo, in particular, could be a major presence in Taft’s new-look three-back offense.

“There’s not going to be many teams we face that have a running back like Logan,” Tolan said. “He’s spent the entire offseason in the weight room getting stronger. That’s going to be an asset for him.”

Complemented by the speed, agility and elusiveness of Hall and French, Taft hopes to use the power-running Gilleo to take advantage of the clock, Tolan said.

“Mixing in Trenton and JJ, who was a second-team all-leaguer at running back last year, that three-person rotation will give us fresh legs in there,” he said. “It will help us on the defensive side by keeping fresh bodies out there.”

“It’s a different mentality,” he said. “I think we’re going to surprise some people with a lot more runs than in the past. We’re running with the three backs swing. We got Gilleo, JJ and Trenton, and all three are going to see a lot of playing time and will be running hard. It’s going to be run-first, setting up the pass.

Throwing the ball will be junior Antonio Suarez, who played a spot role at quarterback last year when senior starter David Jin was injured. Tolan said Saurez could target as many as six or seven teammates in Friday’s opener, including Jordan and Trenton Hall, Trenton Fisher, Ramos, Smith, Kaden Hindman and Tristan Beach.

“Antonio fits well in the offensive system we run as a dual threat, both running and throwing the ball,” Tolan said. “Offensively, we feel our strength will be our running game behind three quality running backs in Logan, Trenton and JJ, as well as having a quarterback who is also a threat to run.

“I think it’ll be a nice system. As long as our line continues to develop and open up holes for us, we’re going to run. That’s going to be an element in our offense we haven’t had in several years.”

Coaches are also optimistic about the improvement they’ve seen on defense.

“Defensively, we will look to improve on our inability last year to stop the run and tackle better,” Tolan said. “Our defensive end play has to be better from a year ago.”

Tolan said he is also optimistic about improved play at linebacker. Gilleo and Trenton Hall will play on the inside, with French and Jordan Hall as bookends.

“Our linebacker group this year could be our greatest defensive strength, with three of them being selected all-league last year,” he said. “We’ve got some really good returning linebackers.”

Tolan said the secondary is expected to be improved with Smith’s return to the backfield.

“We feel that having Darius back at safety will help our defense tremendously against the pass and the run,” he said. “His job is to play back and read the quarterback, fly up and make plays, which is going to be nice.” 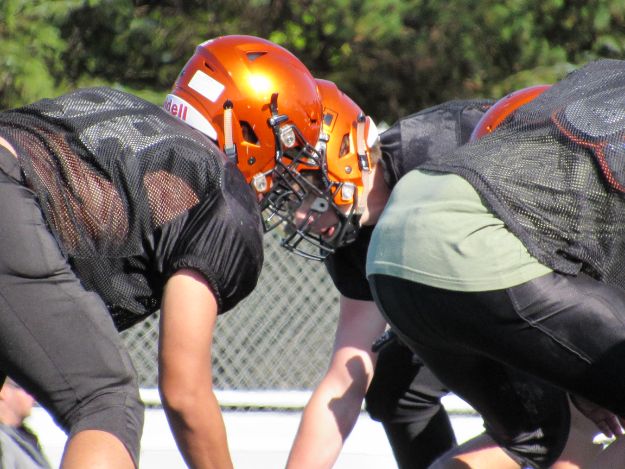 The Tigers also appear improved in the place-kicking department on special teams with soccer star William Calderon a threat from long distance, “which is something we haven’t had,” Tolan said.

“He also has the potential on kickoffs to put the ball in the end zone, and that’s big at the high school level. Their team gets it at the 20 and it forces them 80 yards every time. It’s an element we haven’t had, so it will be a nice addition.”

Taft also appears to better in the numbers game with a deeper squad to send into the trenches against much of the State’s best opposition. 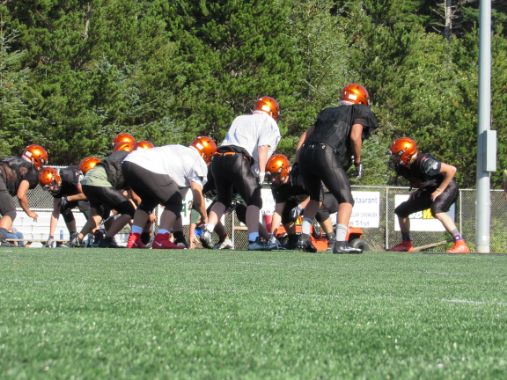 “We have more depth than in past seasons and feel like we are further along as a team,” Tolan said. “Our kids are working hard and are ready for the challenge in taking on such a challenging schedule.”

“I think we have a lot more potential than we’ve had before,” he said. “We’ve got better leadership. There’s a better mindset with everyone buying into the team.”