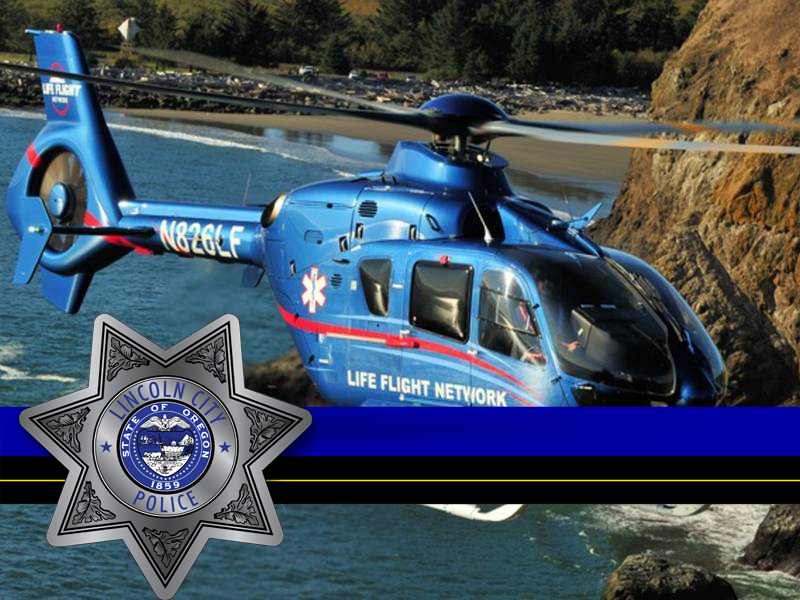 Lincoln City resident Douglas Stewart, 49, was home alone at 6431 NW Logan Road when he accidentally shot himself in the arm last night, prompting a Life Flight helicopter trip to save his arm.

According to Lincoln City Police, Stewart was moving a single-shot, self-defense pistol and discharged the weapon while reaching for something, firing a .410 shotgun round containing bird shot into his forearm.

Stewart was able to make it to a neighbor’s house around 8:24 p.m., where they called emergency services, who arrived shortly thereafter to transport Stewart to Samaritan North Lincoln Hospital.

“They Life Flighted him to save the arm,” Lincoln City Police Sgt. Oscar Escalante said. Stewart was flown to Good Samaritan Regional Medical Center in Corvallis.

“This was the kind of gun that you had to cock the hammer back to fire,” Escalante said. “It was a goofball mistake.”