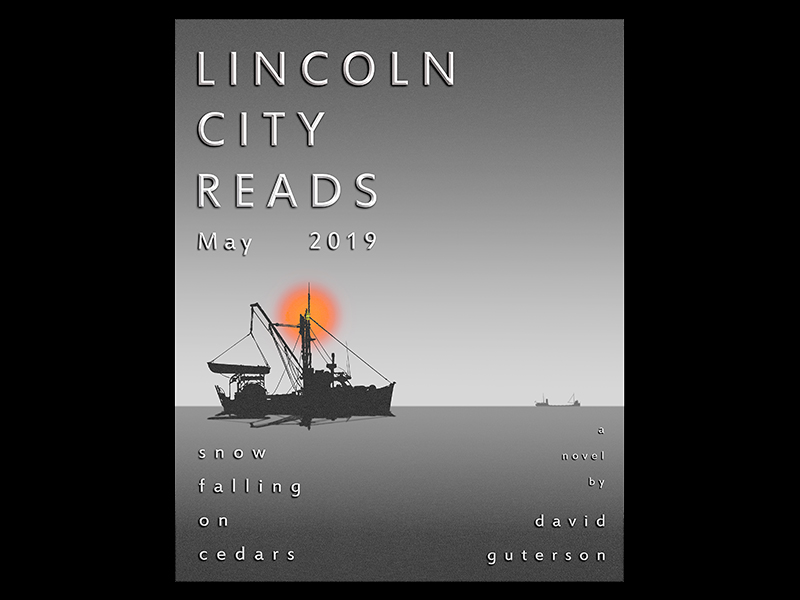 Driftwood Public Library has selected Snow Falling on Cedars as its selection for the third year of its Lincoln City Reads program.

For 2019, the community voted on which book to read and discuss, and the hands-down winner was David Guterson’s beloved award-winning 1994 bestseller.

A mystery, history lesson and love story rolled into one, the book is a beautifully written tale set among a small island community in post-World War II Washington state.

In 2017, Driftwood Library announced the inaugural year of a program that cities and towns across the country have been taking part in for several years. They asked residents of North Lincoln County to read the same book Mr Penumbra’s 24-hour Bookstore by Robin Sloan.

This was followed by a series of events intended to promote discussion of the book’s themes, and it was successful enough that last year they chose Madeleine L’Engle’s classic science-fiction novel A Wrinkle in Time and scheduled a month of programming around it.

In a Snow Falling on Cedars, a fisherman of German descent is found drowned, trapped in the nets of his boat with a wound to his head, a community leaps to conclusions and accuses a Japanese-American fisherman of the crime. The families of both the accused and the deceased have had a fraught relationship ever since the island’s Japanese citizens were exported, en masse, to an internment camp in California following the bombing of Pearl Harbor.

The action of the novel centers on the trial of the accused and eloquently explores themes of racism, young love, revenge and forgiveness in an environment and climate familiar to Lincoln County residents. You can borrow or purchase from the library, and staff will announce in April the programming they are working on for the month of May.

Questions regarding Lincoln City Reads can be directed to Ken Hobson at [email protected] or at 541-996-1242.

The library is located at 801 SW Highway 101, on the second floor of the City Hall building, adjacent to McKay’s Market.