Gagging the leaders of our children is no laughing matter 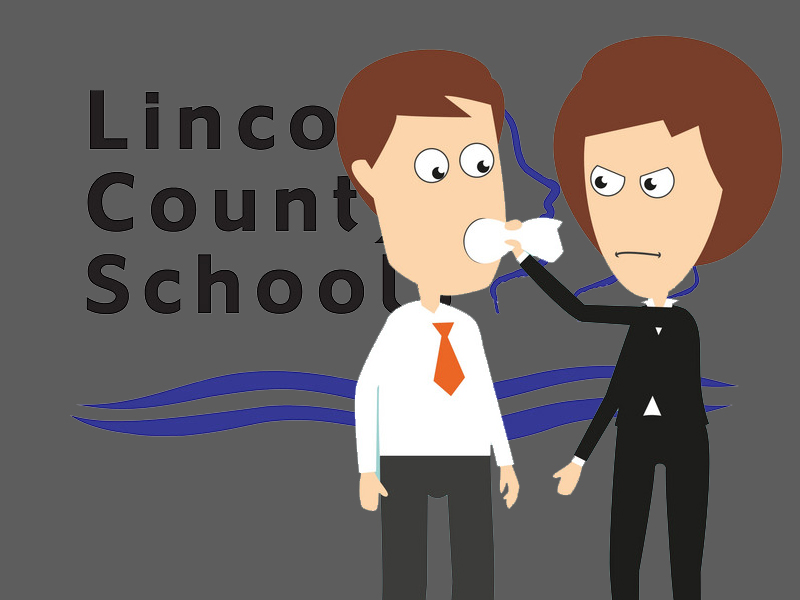 “Congress shall make no law respecting an establishment of religion, or prohibiting the free exercise thereof; or abridging the freedom of speech, or of the press; or the right of the people peaceably to assemble, and to petition the Government for a redress of grievances.”

– First Amendment to the Constitution of the United States of America 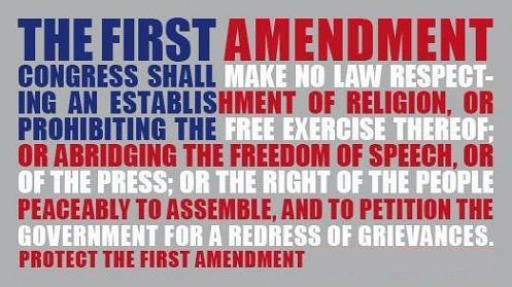 The best thing about having to leave my old home on the majestic Oregon Coast is that there is anything and everything you can think of to do in glitzy, glittery, glamorous Las Vegas. While there may be no substitute for oceanfront living in the Great Pacific Northwest, among the many things you can enjoy most in “Sin City” is the entertainment — especially if you enjoy a good laugh.

But what’s going on in the northern portion of the county I used to live in is no laughing matter . . . laughable, maybe, if it wasn’t so sad. There, the adults in charge need to start learning from the kids they are teaching. Those lessons should begin with brushing up on the U.S. Constitution that this great land of ours is built on.

Not all jokes are funny, especially this one. The Lincoln County School District is effectively telling the admired teachers of the children it serves who they can and cannot talk to. After hearing the news of a de facto gag order being placed on its workers, I choose not to laugh.

I joined others in laughing heartily, however, when we read online in the Lincoln City paper that an elementary school principal served “snakes,” rather than “snacks,” to his students at an end-of-school gathering. Bite your lip — what followed was a chain of events that has been almost beyond comprehension.

Listed in the “Comedy” entertainment section under the headline “Snake charmer Lupo serves reptiles to kids,” Lincoln City Homepage ran a satirical piece on its social site making light of the glaring typo. Never mind that the post didn’t appear on the official Homepage website, or that not a single reader construed the humorous blunder as fact.

Incredibly, publication of the brief, six-paragraph item led to a suppression order issued immediately and without discussion with Homepage against all North County LCSD employees by their bosses. The muzzling prevents all teachers and coaches from communicating with Homepage, a multimedia Internet site that just concluded covering Taft High School to an extent it has never seen before – and now will never see again. The narrow-minded edict should make them – and you – want to gag.

The decision comes on the heels of a previous command by administrators that stymied Homepage’s unprecedented coverage of the school’s athletic programs. Saying it was now District protocol, Taft administration arbitrarily adopted a policy virtually overnight late in the spring season that dictated that all correspondence on sporting events be spoon-fed to all county media in the form of a “press release” issued by coaches.

Not that it does now, but until that time, Lincoln City’s “community newspaper,” the News Guard, barely touched a keyboard to cover the Tigers. The policy resulted because of a coach’s desperate desire to promote their program at the expense of the long-standing and universally understood source-reporter relationship. Seeing how Homepage had been doing all the work, I found little humor in that.

It’s amusing only because in this great democracy we live in, you have the right to not only laugh, but say virtually anything you want under numerous protections. In order to form a more perfect Union, our Founding Fathers identified the need to address an oversight in the law of the land by making freedom of speech and the press the very first addendum to the framework for the regulations that govern our nation and its people.

Despite all of their many grand contributions to the betterment of area youth, until they can recite the First Amendment, perhaps those making these dictatorial decisions, and those with egocentric motives, should sit in the corner facing the wall wearing dunce caps. Together, they’ve teamed to foster the inexplicable treatment of the media outlet that has served them best.

Prior restraint law and legalities aside, by demanding its employees to agree to agree to be silenced, the District also muzzled and caged the watchdog. The most respected colleague I ever worked with constantly reminded me of two things in presenting the news when I expressed concern over whether or not I should stay in the business because of who I might upset:

Clearly, the administration in charge of educating your children doesn’t understand that. If it did, you’d be able to continue to read about its students’ great accomplishments. Until now, I never truly understood what they meant when they said don’t listen to people who fear a free and open press.

As sports editor and senior reporter for Homepage, and executive editor and senior columnist of a multimedia outlet that covers the Oakland (Las Vegas) Raiders, guess which website garners most of my attention?

Truth be told, I cherished being part of the Tigers’ improbable run to the most successful sports season the school has ever had. Half blind and for no pay, I wrote more than 100 positive stories and zero negative ones on Taft High in barely two months. I watched your team’s baseball games from a thousand miles away via Internet so that I could better inform you about them.

Nothing thrilled me more than when I was told how those same boys would sit eagerly on the bus ride home, anxiously waiting to share my deadline account of their most recent win. I spent 10 glorious years in semi-retirement in Lincoln City reporting about – and suffering with – many of the most bullied teams in the state at Taft. How ironic that the school is now bullying the press.

Despite 25 years of covering sports in Las Vegas at the very highest levels, I’ve seldom dealt with coaches who try to curry favor for their own program by leveraging fellow teams, the media, their administration and even their friends by “venting” to me in the interest of gaining attention for themselves and their players. And, I’ve rarely seen community leaders put their personal agendas ahead of the promotion and recognition of the very children they are supposed to teach, protect and represent.

I find nothing funny in that.

Recently contracted bus company First Student is starting a pilot program in Toledo for its tracking app for Lincoln County School District students with plans to implement to all schools in coming weeks.
Read more

The public is invited to attend Oregon Coast Community College Board of Education and Lincoln County School District’s Board of Directors joint work session Tuesday, Sept. 24, at the Teaching and Learning Center in Newport.
Read more

In an effort to improve equity and use of technology in its schools, the Lincoln County School District will provide a wireless device and free internet connectivity for high school students who do not have reliable Internet access at home.
Read more

Students without a reliable source of transportation will enjoy greater mobility and security to attend after-school functions, travel to work and shop and explore...
Read more