Lincoln County School District Board members meeting in regular session Tuesday at Taft High to discuss their usual educational business heard from a group of parents regarding an investigation into alleged sexual misconduct.

Due to the number of people wanting to comment on the incident that occurred last year at Oceanlake Elementary School, the Board limited the time for each person to speak to two minutes.

“We didn’t know our rights as parents, but we’ve done a bit of research since then,” Porter said. “My first problem with this is the time they took from when they knew about the incident and called us and informed us about it.

“The second is the no contact from the school, following any type of investigation. We don’t even know if one was held. And the brief talks we had with the principal, that was all us that had to pursue that.

“The incident recently became public and it was a hard decision for our family to make because we did not want possible exposure to our son or ourselves with uninformed people that don’t know the situation.”

At this point in Porter’s speech, a Board member keeping track of the time informed Porter his time was up and another parent asked if they could give their time to Porter. The Board agreed and he continued.

“The school didn’t follow the Title IX requirements. They’re supposed to do a thorough and prompt investigation. They failed to stay in contact with the families. There was no separation of the students for their safety. Our son had to sit through class with these kids for the rest of the year. The incident that I know of was not reported.

“The changes we feel that need to be made is that everybody deserves better communication from the school; better handling of situations. A simple bathroom plan is not a resolution to issues like this. and it does not ensure the safety of the kids.

“Student-on-student assault cannot be taken lightly no matter what age it is. Our son was exposed to some stuff he shouldn’t have been exposed to.

“The school needs more help, or staff and volunteers. The school needs to be held responsible for not following the Title IX requirements. Our kids are the most precious part of the community and they should be protected at all costs –especially in school.”

More parents donated their time to parent Tiffany Hill, whose child was also involved in the incident at Oceanlake, allowing her to speak for five minutes.

“I feel there needs to be immediate changes made to existing policies or create new policies and procedures,” she said. “My son was forced by a student to perform [redacted] in the bathroom at school. This student threatened my son.”

Another parent, Karen Johnson, spoke about issues she had with her autistic son at Oceanlake.

“We had problems from the very beginning when we started,” she said. “One time, I came to pick up my son from school and his shoes were taped on him. I was told that was how they were going to handle him taking off his shoes. He’s autistic and has ‘ticks.’ He doesn’t like wearing shoes.”

“Schools are tasked with an unrealistic expectation,” she said. “Schools are no longer only in the business of education, but also of social services. In many ways schools are parenting our children.

“Successful education is like a three-legged stool, the district, the families and the students make up the legs that support the success of our students. The situation presented for us today is an example of a shaky foundation. There are many things that can be improved upon.”

“The incidents are under investigation by the Department of Education. There’s absolutely nothing I’m allowed to say.

“When these kinds of claims and allegations and investigations come to the public, the Board is not able to speak on that in public and neither is the superintendent. Because you are hearing one side of the coin, you’re not hearing any investigatory rebuttal to anything and you’re not going to hear it here because that’s not what we do.

“We’re not going to sit here arguing with people or present information about children that’s confidential and not things that we say in public because that is not what we do in school districts and we’re not going to.”

Gray went on to say that an administrative team had a professional development workshop with the Children’s Advocacy Center (CAC) in Newport. She said all five members of their team talked about the serious matter of sexual behavior among children. The teams covered what is appropriate sexual behavior and awareness of children by developmental age and what is inappropriate.

“Frankly, we would like them to do that at every school,” she said. “This is not a comment on what the parents are saying. This is our education as administrators. We want to know what is appropriate, what is inappropriate and what is our response to that.” 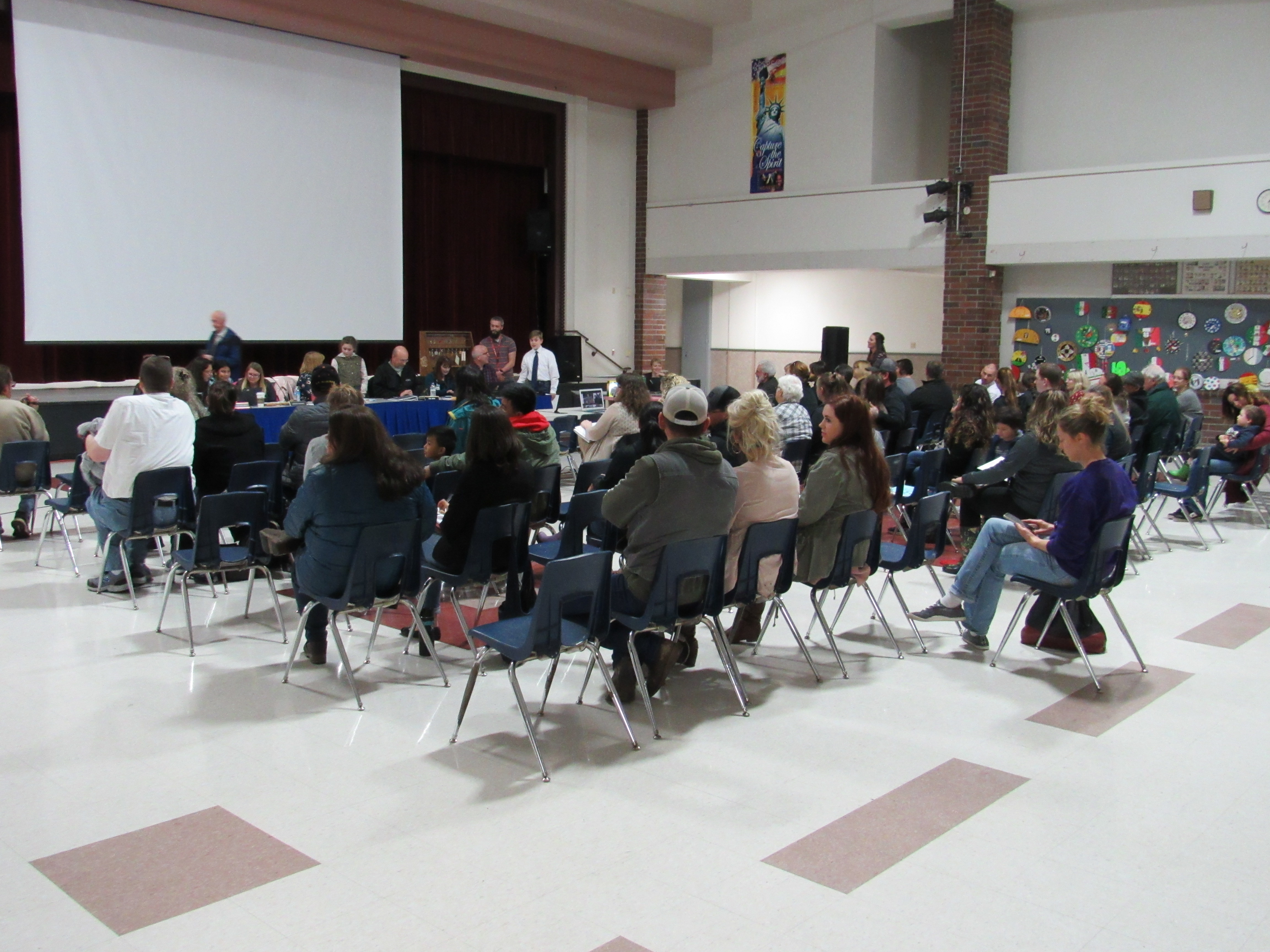