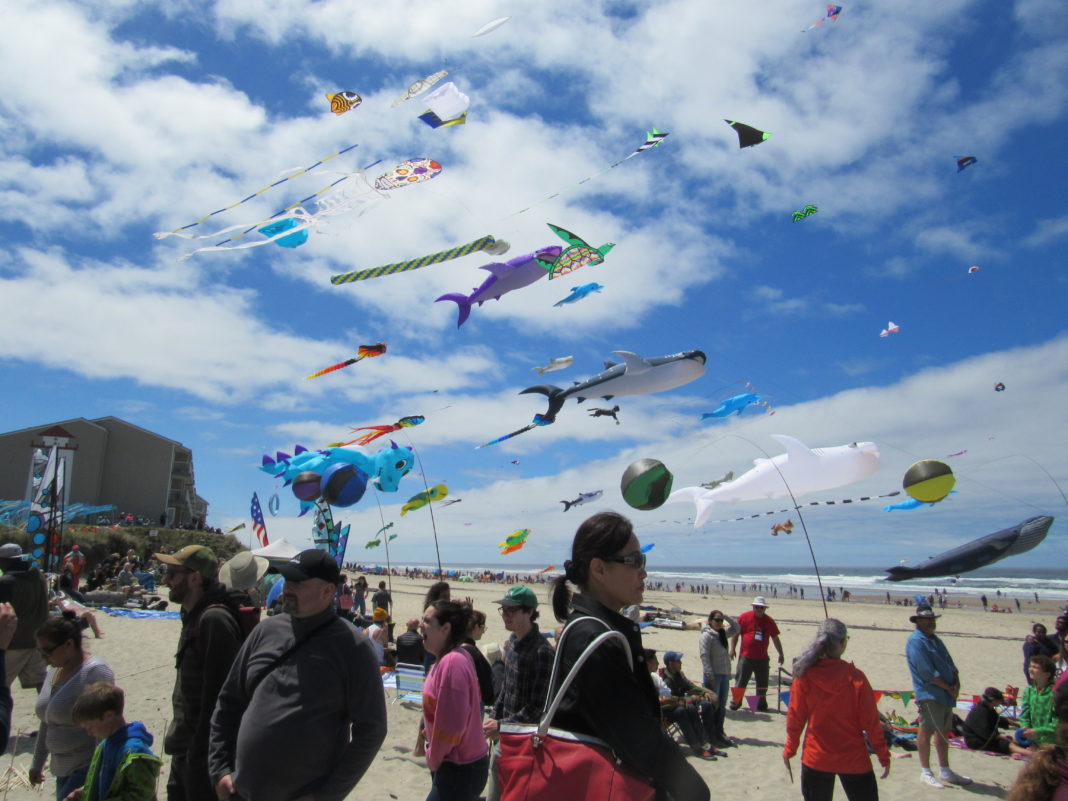 Hundreds of watchers lined the seawall as the emcee called out events and kite flyers expertly showed off their talents with choreographed piloting as the clouds burned off and the wind picked up mid-day. 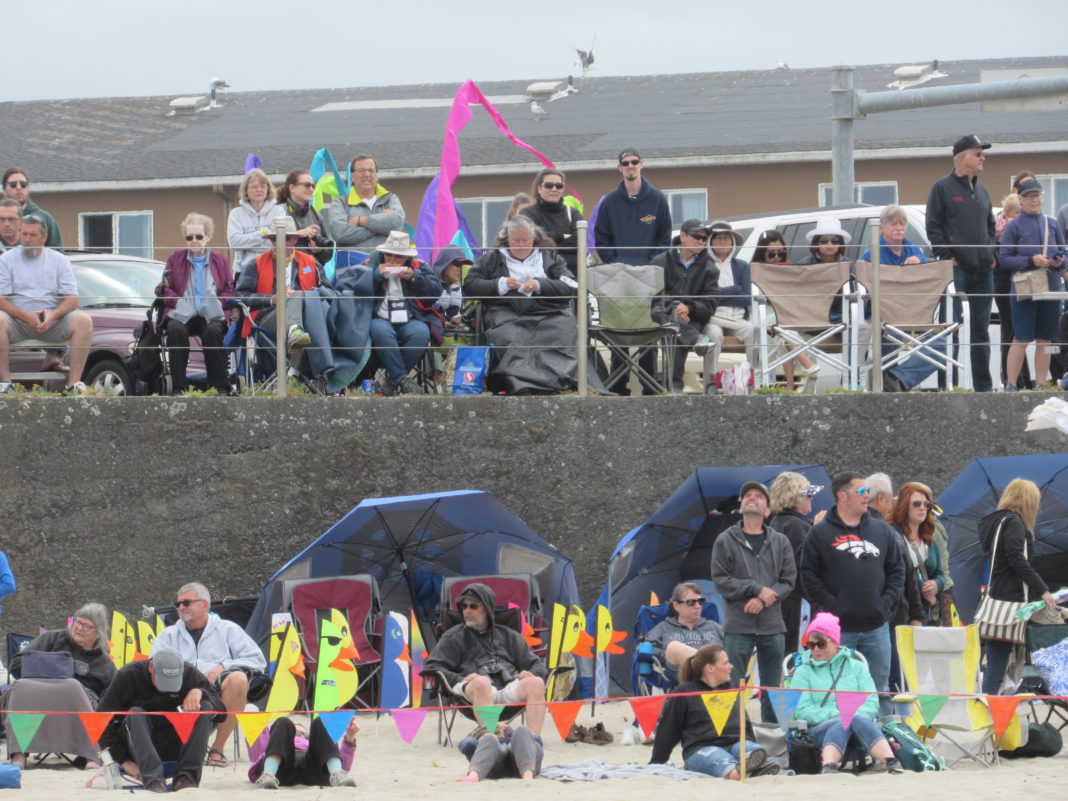 Kite flying pro Phil Burks flew “Dino the Baby Dragon” for the first time in public Saturday and Burks’ story is an interesting one. 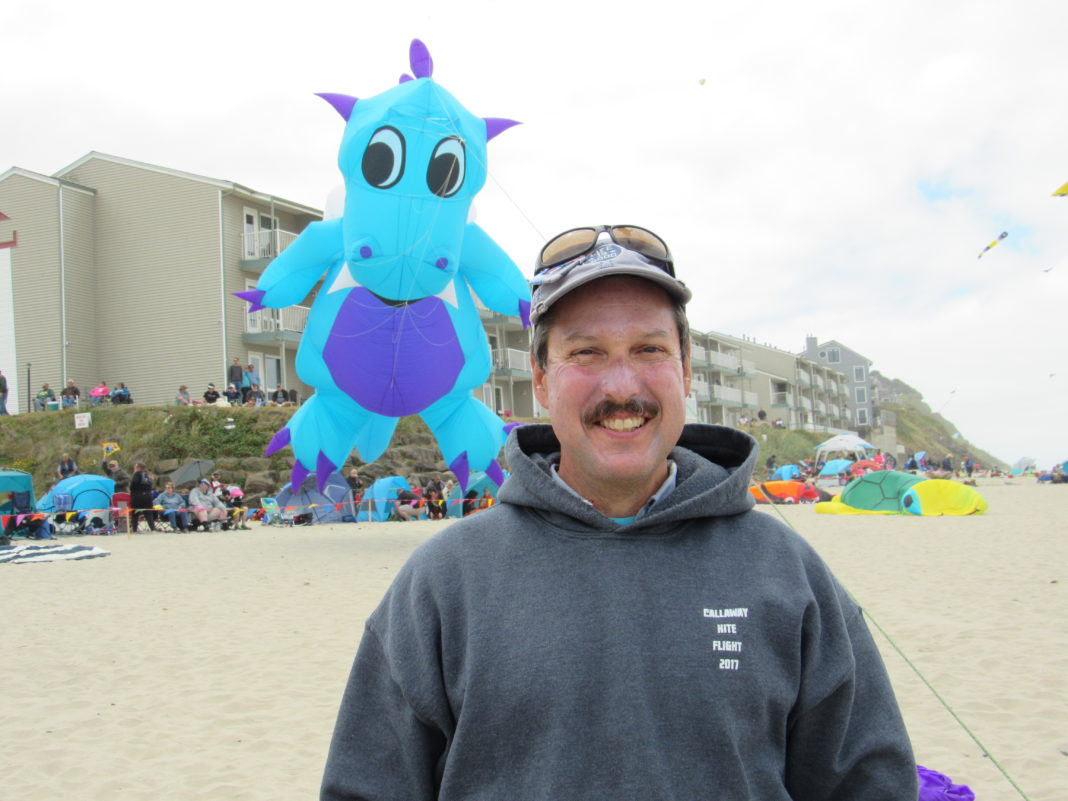 “Last year we saved a family from a rogue wave at this very kite festival,” Burks said. “I was waist-deep when I grabbed the baby… as a firefighter, I knew what to do.”

An announcement advising event-goers to watch the ocean was heard over the PA system shortly after hearing Burks’ story about the water rescue.

Burks said he suffered a brain injury while firefighting and kite flying was part of the therapy to fully recovering after 2 1/2 years.

“Flying kites is good for you every day and this is my spot in the world,” he said.

Taft High’s Tiger Boosters were at the event selling hot dogs, hamburgers and other refreshments to raise money for middle school programs. Lincoln City Parks & Recreation Supervisor Boone Marker was helping out on the grill. 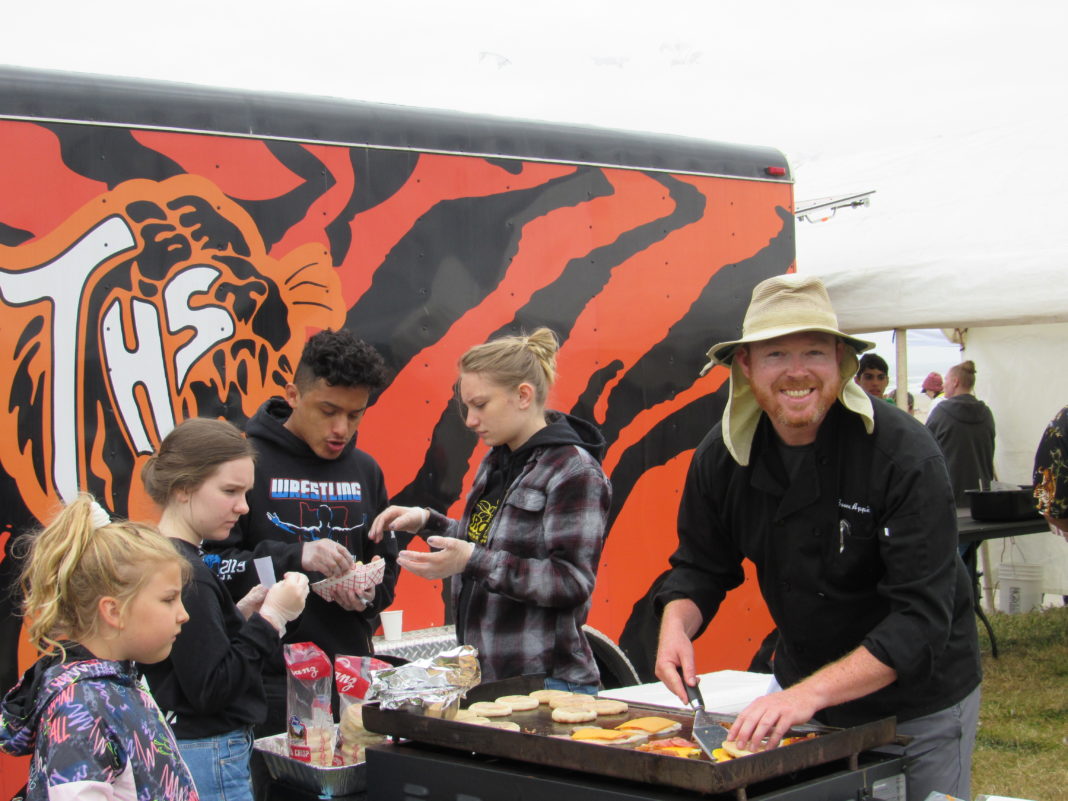 “I’m melting my hands,” Marker said. “The trick here is not only adding the seasoning but most importantly — is the sweet & savory mix.” Marker said, referring to the secret sauce added to the hamburgers.

The beach was full of families, the skills of professional kite fliers were witnessed and it’s safe to say the first day of the 2019 Summer Kite Festival was a success.

The City of Lincoln City -- through Explore Lincoln City -- is looking for a public relations firm to help it project a positive image to the public in order to achieve its goals.

Halim from France: “You have a very beautiful city!”