Six months of training concluded Thursday with a ceremony for the graduates of the Central Oregon Coast Training Officer’s Association’s (COCTOA) Fire Academy. 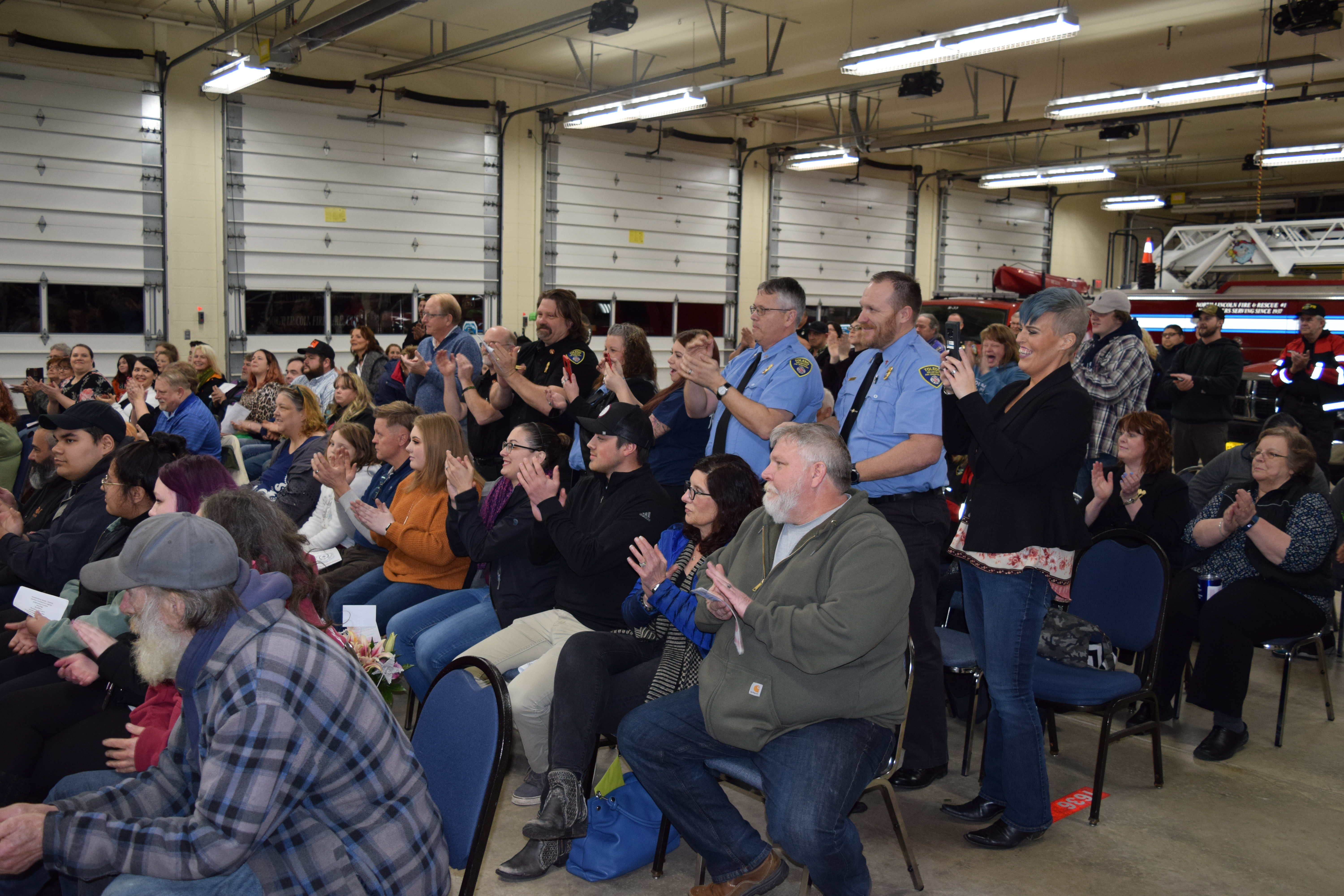 More than a hundred friends and relatives attended the event at North Lincoln Fire & Rescue’s St. Clair Station to honor the graduates’ efforts. Each recruit received certificates and badges from a relative, spouse or friend.

The recruits received Oregon State certifications for Firefighter I, Hazardous Materials Operations and Wildland Firefighting. In addition, students had the opportunity to gain experience responding with instructors on a student engine based out of the St. Clair Station.

The training brought the departments and districts under one format, promoting consistent response to emergencies in Lincoln county.

Another countywide COCTOA Academy is planned for early fall. To become a volunteer firefighter, contact Mason at 541-996-2233.